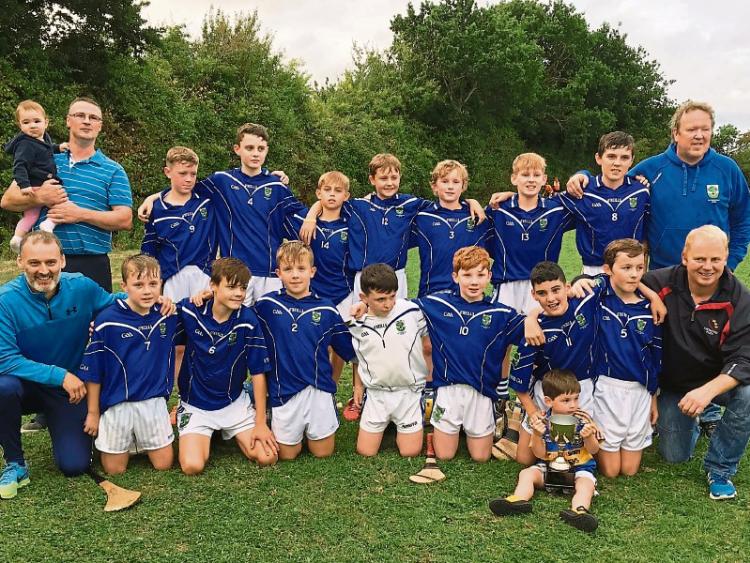 The successful Fethard under 12 'A' team who recently won the South Tipperary title for the very first time.

Fethard U12 hurling team made history on Monday, August 13, when they became the first Fethard team to win a South U12 Grade A Hurling title beating a gallant Carrick Swan 3-7 to 2-2 in the final played in Mullinahone.

There were stars all over the pitch with a ‘hells kitchen’ defence, flanked by super goalie Sam Coen, keeping Swans scoring threats at bay.  Our midfield pairing dominated as did our forwards with every single player contributing to a famous victory. This is just reward for players and mentors’ tireless efforts and how fitting local stalwarts, Austy and Mary Godfrey, presented a cup they sponsored to our captain Oisin Ryan. It was also great to see Fethard legend Tony Newport in attendance.

PHOTO SHOWS THE MEN OF HISTORY!