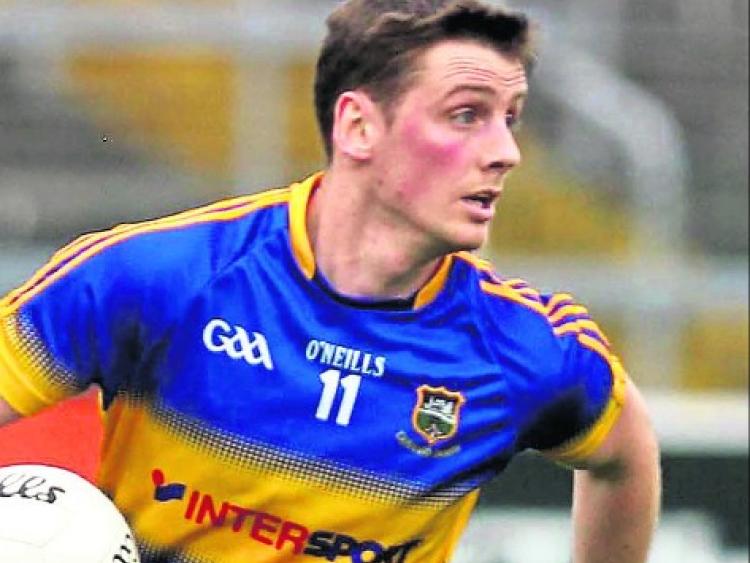 John Martin's two-goal salvo secured top spot for Ballyporeen in Group 3 of the County Senior Football Championship when they beat Killenaule in Cahir on Saturday evening.

Killenaule also qualify for the championship quarter-finals but they had to settle for the runner-up spot in the group as a consequence of this defeat, which capped a miserable week for The Robins after their senior hurlers were well beaten by Toomevara in the county championship the previous Saturday.

His first came in the last minute of normal time in the first half when he steered a low shot past Killenaule goalie Matthew O'Donnell at the conclusion of the best move of the match, in which captain, Conor Sweeney; John O'Callaghan and Tommy Sweeney were heavily involved.

The goal helped Ballyporeen into an interval lead of 1-5 to 0-3 and even at that stage it had all the appearances of a crucial score in a low-scoring encounter.

Ballyporeen were ahead by 1-7 to 0-6 when they pounced for their second goal thirteen minutes into the second half. A Conor Sweeney free, awarded for a foul on Anthony Crotty, looked to be heading over the bar but bounced back into play off a post and John Martin reacted quickest to bury the rebound.

To be fair to Killenaule they never threw in the towel. They kept surging forward and, when they were six points in arrears, had a great chance to get back into the game when Paddy Codd was hauled to the ground in the square seven minutes from the end of normal time during a period of sustained pressure by The Robins.

However Ballyporeen goalie Jack English dived to his right to produce a tremendous save from Greg Henry's low penalty, and Ballyporeen saw out in the remaining minutes in relative comfort.

John Martin also scored three points from play in an overall contribution of 2-3 in what was a man of the match performance.

County player Conor Sweeney was also a great focal point in attack, while midfielders John O'Callaghan and Tommy Sweeney were a source of great inspiration.

Rian O'Callaghan and Eoin Kearney were solid in defence while Adrian English and Daragh Lyons also had their moments.

Killenaule's prospects suffered a real blow when county hurler Joe O'Dwyer, who had been one of their best during the opening period, was injured on the stroke of half time and didn't reappear for the second half.

Paudie Feehan and Tony Doyle kept driving Killenaule forward while Paddy Codd, Jimmy Feehan and Michael Doyle (in the second half especially) also did plenty for the cause.

The start of the game was delayed for 13 minutes after the teams emerged wearing shirts that were almost identical. Ballyporeen eventually changed into Cahir's jerseys but their unfamiliar appearance did them no harm at all, as they secured this valuable win.