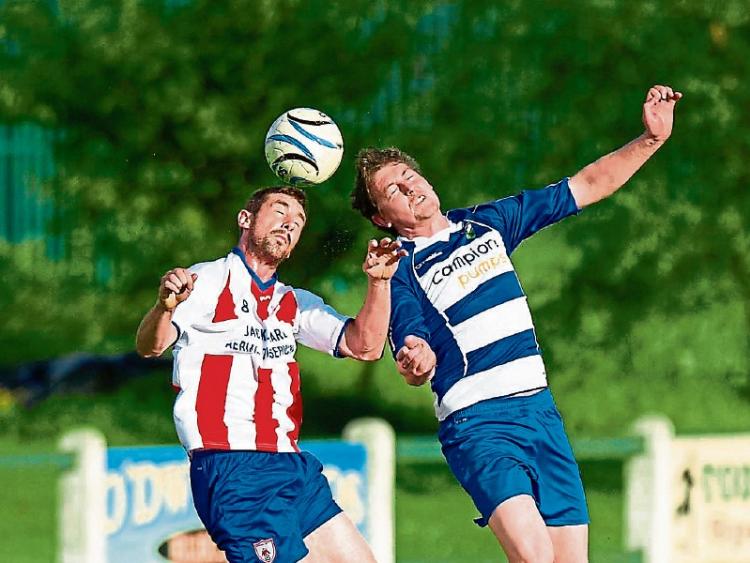 Bernard Fitzgerald (left) seen here in action against Glengoole United last season was twice on the mark for Bansha Celtic in their 4-2 win over Old Bridge on Sunday last.

Both teams badly needed a good result here to get their league campaign up and running. Celtic  started to make the better chances and in the 25th minute Kevin Mullins got his head to a corner to put the home team in front.  The lead was doubled four minutes after the half hour by Bernard Fitzgerald who got on the end of a well worked free kick to finish at the back post.

The game looked all over on the hour mark when Bernard Fitzgerald got his second after a good move down the hosts left was crossed in for Fitzgerald to slot home from ten yards out.

Credit to this young Old Bridge side they did not give up and got back in the game twenty minutes from the end when Aaron Arrigan finished off a move down the Old Bridge right with a sharp finish across the keeper. It got even better for them four minutes later when a rash challenge in the box lead to a penalty, which Sean Maher put away.

Bansha had to lift their game again and they got back their two goal cushion ten minutes from the end, when a poor back pass was pounced upon by Darren McGrath who calmly rounded the keeper to slot home and assure his side of three greatly needed points.