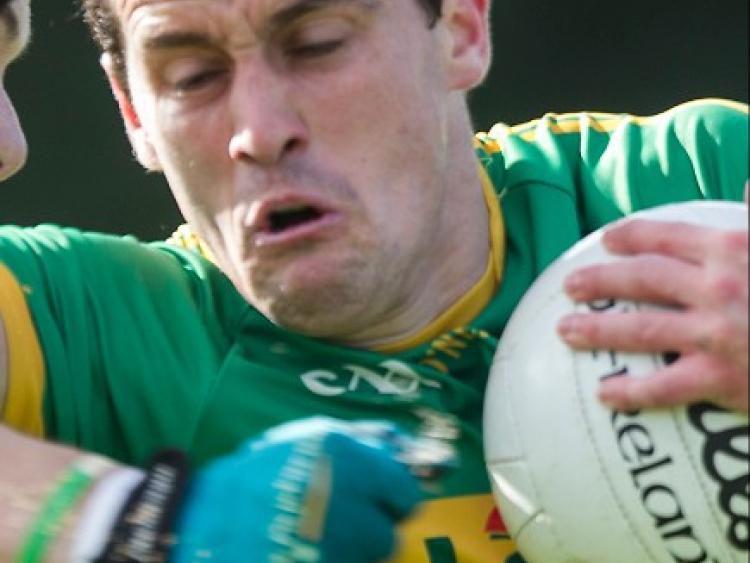 It took holders Clonmel Commercials some time to get into their stride in Sunday's Tipperary Water County Senior Football Championship quarter-final against Kilsheelan/Kilcash in Monroe.
But once the champions discovered their rhythm in the second half, when they played against the wind, they strolled to an easy victory.
Commercials led by 0-7 to 0-3 at half-time. Any fears that they might struggle in the second period against a stubborn Kilsheelan team that was backed by a stiff breeze were quickly dispelled.
Three points within five minutes of the re-start put real daylight between the sides and even at that stage the prospects of Kilsheelan getting back into contention were remote.
Those crucial, early second half points were supplied by Kevin Fahey, Seamus Kennedy and Padraic Looram.
Kilsheelan could have suffered an even heavier defeat had it not been for goalkeeper Evan Comerford. The county man scored three of their four points from frees and in the second period he twice denied Kevin Harney when the Commercials player was poised to rattle the net.
On the first occasion he made a point-blank save and then in the 48th minute his outstretched hand blocked Harney's effort.
Despite Comerford's performance, Commercials tuned the second half into a procession. Points from Michael Quinlivan, Jack Kennedy's '45, Jason Lonergan and Quinlivan again pushed them well clear, before corner back and captain Donal Lynch also got in on the scoring act.
Further scores from Conal Kennedy and substitute Ryan Lambe put the seal on an impressive display.
The poverty of Kilsheelan's second half performance was underlined by their wait until injury time for their only score of the half and their only score of the game from play, which came from substitute Paul Denn.
Seamus Kennedy, Gavin Ryan, Jack Kennedy, Jason Lonergan, Padraic Looram and Michael Quinlivan were all outstanding for Commercials. However, they'll only be too well aware that a much more difficult task awaits in the semi-final against Moyle Rovers.
Kilsheelan/Kilcash worked hard in the first half to frustrate Commercials by getting plenty of bodies behind the ball whenever the Clonmel team were in possession.
There was enough evidence in the performances of Mark Kehoe, Evan Comerford, Daire Brennan, Paul Maher and Brendan Martin to suggest that they would continue to make life difficult for Commercials in the second half.
But Kilsheelan never raised a gallop on the turnover, as they made a tame exit from the championship.