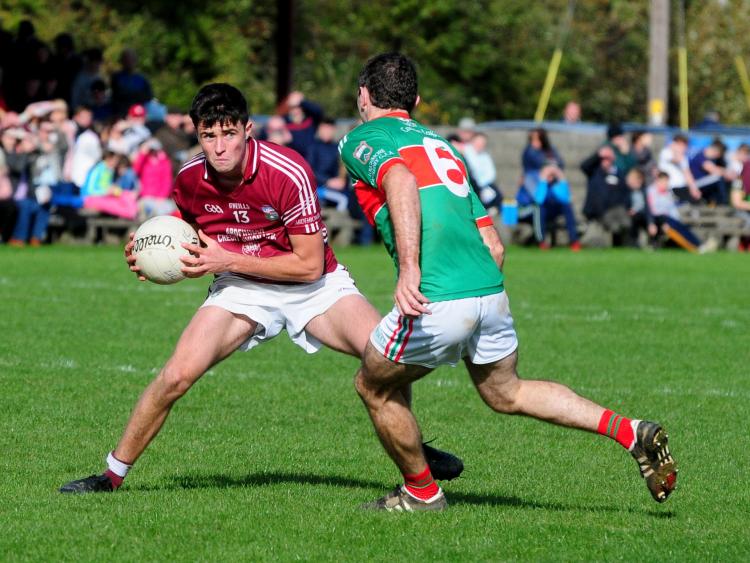 An injury-hit Loughmore-Castleiney came unstuck at Holycross on Sunday last when they failed narrowly against Ardfinnan in a keenly-contested and highly-entertaining Tipperary Water County Senior Football Championship semi-final.

In an encounter that ebbed and flowed in exciting fashion the Mid champions might well have got through, but a sub-standard second half display, during which they scored only two points, was their undoing and at the end of the day they could have no complaint about the outcome.

Their fate was entirely in their own hands, but the absence of injured attackers John McGrath and Liam Treacy was a huge blow to their scoring potential with Liam McGrath the only forward to register a score for them.

Still, credit to Ardfinnan - rank outsiders after an indifferent start to the year they have got their act together impressively and with former Tipp manager John Evans at the helm they will be quietly confident going into the final against Moyle Rovers.

From the word go these sides were locked together in a rousing encounter that had the large attendance in full voice. After ten minutes they shared six points - all the Loughmore scores came from Liam McGrath frees while Ardfinnan’s three scores (Gavin Whelan, Billy Hewitt and Sean Nagle) were from play; that pattern in itself was significant.

Liam McGrath then extended Loughmore’s advantage with two further points by the 20th minute and it looked as though the Mid men were getting on top, but Ardfinnan responded positively when Michael Barlow hit a brace of points to level (0-5 each) by the 25th minute.

Loughmore had two goal chances before the break, but Aidan McGrath was unable to apply the finishing touch in a goalmouth scramble and Liam McGrath had a likely goal effort charged down before, on the stroke of half-time, Noel McGrath nudged Loughmore ahead with a point (0-6 to 0-5).

This was a finely-balanced game in which Noel McGrath was orchestrating things for Loughmore while Ardfinnan’s Gerry Cronin and Sean Nagle and the lively Michael Barlow were prominent for the South side.

The second half was even more competitive than the first with scores at a premium. Indeed, thirteen minutes elapsed before Billy Hewitt had the first score followed by a brace from Michael Barlow to have Ardfinnan in the lead (0-8 to 0-6) after nineteen minutes.

A Liam McGrath point from a free in the 49th minute - their first score of the half - closed the gap for Loughmore who were off target with three efforts for a leveller as the intensity grew.

Two refereeing calls also went against the Loughmore lads and when Paul Kennedy pointed for Ardfinnan in injury time Loughmore’s fate seemed sealed. But the 2016 champions never give up and they piled forward in search of a winning goal.

The Ardfinnan defence took a fierce battering, but were equal to the challenge, conceding just a point to Joseph Hennessy in the 66th minute. Time was against Loughmore and referee Seanie Peters’ final whistle was sweet music to the ears of the Ardfinnan contingent.

Ardfinnan’s last appearance in the final was in 2005. So, a return to centre stage is overdue and in this instance well deserved. They played a very positive game - full of spirit and quality - and when the pressure came at the finish they showed they had the bottle to cope. They may go into the final as outsiders, but the qualities they showed against such renowned championship specialists as Loughmore-Castleiney suggest they are well-equipped to tackle any opposition.

The intense programme of big games over recent weeks took its toll on Loughmore-Castleiney with the injuries to John McGrath and Liam Treacy seriously undermining their bid for honours while Aidan McGrath was not fully fit either and had to retire early in the second half.

Losing three such key players was too big a burden to carry.

The lack of real penetration in their attack on Sunday was their big problem. Liam McGrath was their main threat in attack, but, elsewhere, Noel McGrath covered acres of ground trying to get things moving with Lorcan Egan, Joseph Hennessy, Joseph Nyland, Ciaran McGrath, Tommy Maher, and John Meagher late on, also to the fore.