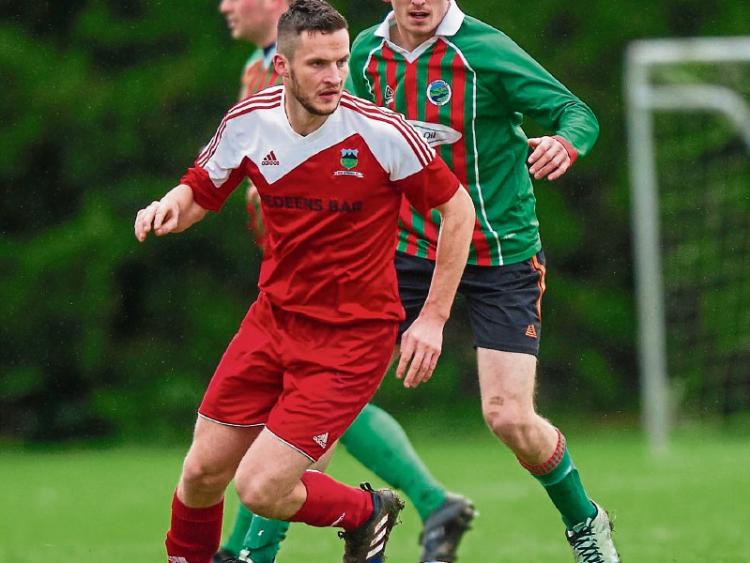 Vee Rovers picked up a precious point with a late late goal on Sunday against a Clonmel Celtic side who will be kicking themselves for their inability to turn possession and chances into goals and continue their march away from the bottom half of the table.

The visitors were completely dominant in the first half and only took five minutes to take the lead when Seanie O’Hara found Jack Kennedy in space and he made no mistake.

This should have been the catalyst for them to kick on but they missed three more gilt edged chances to extend the lead and the hosts would have been delighted to get to the break only a goal behind.

The second half was a more even affair with Rovers coming more out of their shells, and creating some half chances without ever looking like breaching the Celtic defence.

That was until deep into time added on when Shane Mc Grath floated a free into the visitors area and Alan Condon rose to head home to the delight of the watching supporters as he secured a share of the spoils for his side.