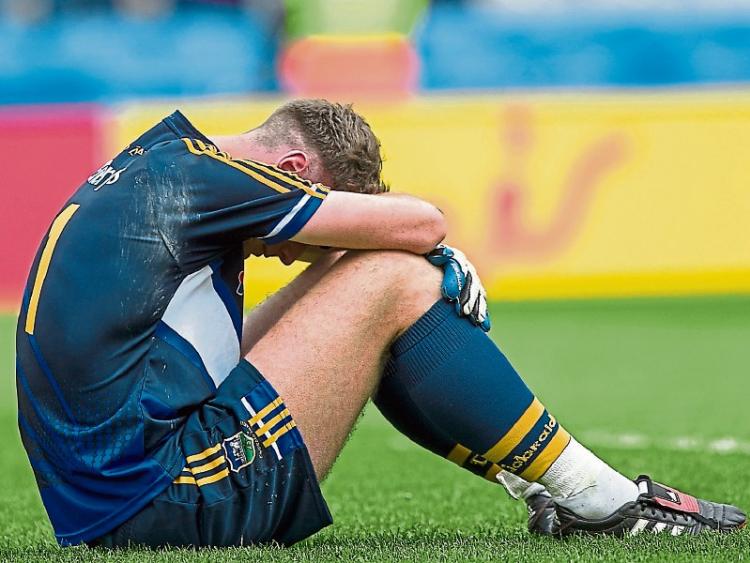 Tipperary goalkeeper Evan Comerford who was forced off with an injury against Fermanagh at Semple Stadium on Sunday. This latest setback adds to Tipperary's growing list of injured players.

Tipp manager Liam Kearns felt very frustrated in the aftermath of his side’s draw with Fermanagh on Sunday afternoon last. Failing to gain a victory that he felt his side should have achieved was one matter, but the ever lengthening injury list is hugely disappointing as Tipperary try to hold their own in Division 2.

Now  in his fourth year as Tipp boss he said after the game that he was “just really disappointed now as we had enough chances there to win two games. I am very disappointed with the amount of chances we butchered in that game. By my count we butchered two goals and at least six or seven points. I will have to look at it later,” he said.

He went on to add: “How we didn’t score goals on a number of occasions I don’t know. And when you do that you are doing well to get a result out of it,” obviously cognisant of the fact that despite their many chances it took a 75th minute free from Liam McGrath to salvage a draw.

The Tipp boss was particularly critical of the fact that his charges couldn’t close out a win after getting a 70th minute goal. He added: “And then we gave away the penalty when we got the goal to go up and you expect to hold out from there. I don’t know whether it was a penalty or wasn’t a penalty and I will have to look at that. But that aside we should have been out of sight at that stage. We had enough chances to win, as I said, two matches, and we didn’t take them and we only have ourselves to blame.” 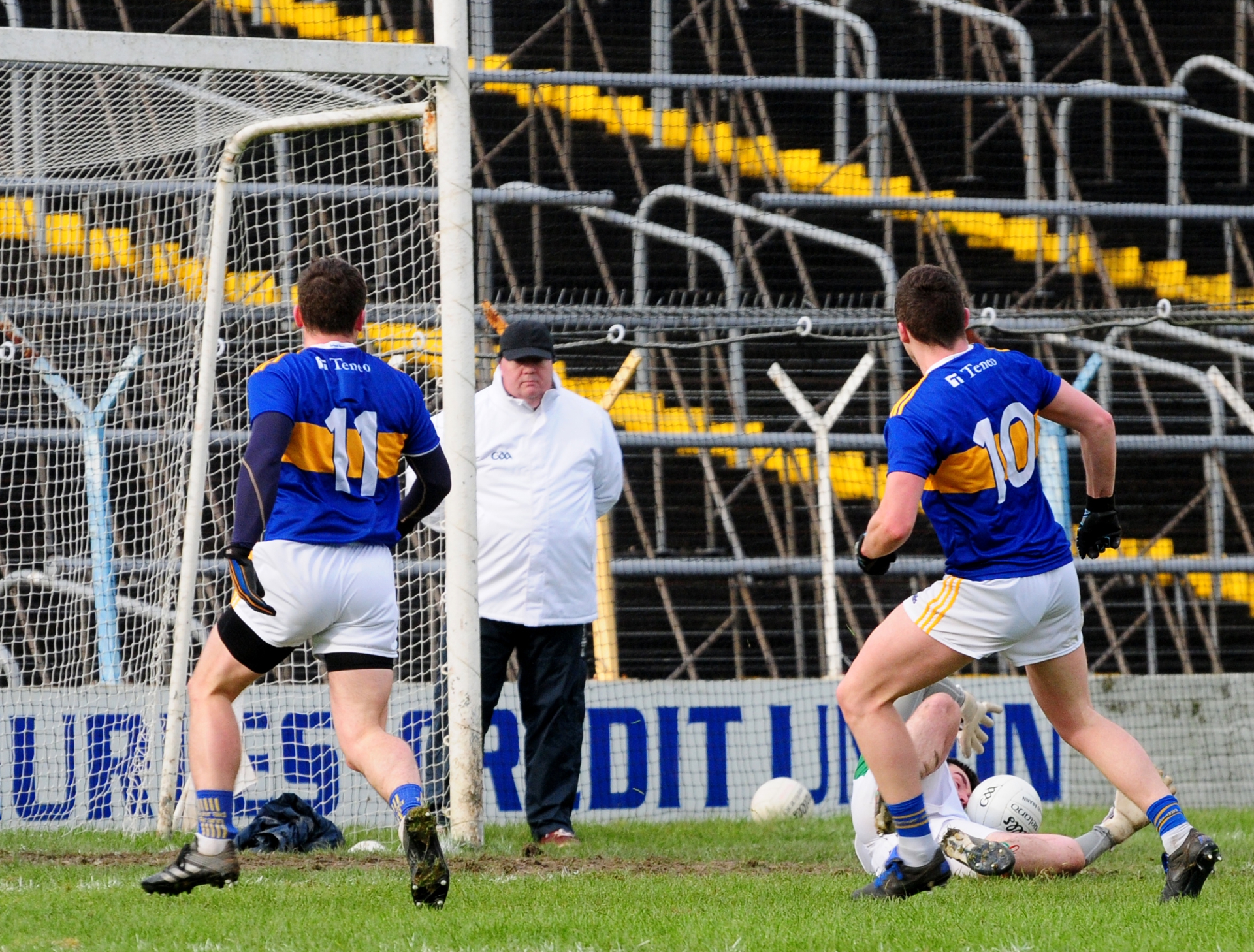 A first half goal chance for Tipperary by Liam Boland which was well saved by Fermanagh keeper Thomas Treacy.

There were gilt-edged goal chances in both halves for Tipp, both of which went abegging.

“Liam Boland and Philip Austin had goal chances and I can’t understand for the life of me how they didn’t end up in the back of the net,” added a rueful manager.

He  acknowledged Liam McGrath’s late intervention but qualified it saying: “Liam McGrath shouldn’t have been in that position but I do give Liam a lot of credit for standing up and kicking it because it would have been a disaster if we came out of it with nothing. But even at is is, it is seems like a loss and that is the reality of it. It was a home game and the onus is on us to win it. But we butchered so many chances it is frustrating is all I can say.”

Looking ahead to next Sunday Liam  added: “Donegal next Sunday there is no easy games in this Division, the games keep coming. It looks like we are down nine players injured at the moment. It looks like Evan Comerford is in big trouble now (quad or groin, or both) and it looks like he will be out for a while.

As to how the Tipp campaign looks now after two games, Liam Kearns answered: “It’s too early to say high up or low down what way it is going to be (Division 2). Every game is tough and when you are down as many bodies as we are and as many important men as we are down it makes it very difficult and that’s the reality,” he pointed out.

“Michael Quinlivan will be out for five to six weeks, Robbie Kiely won’t be back obviously. Bill Maher will be very lucky to make any of the league, Cian O’Connell will be lucky to make the league, then there’s Evan (Comerford) there now, there’s two more there now too, Paudie Feehan and Paul Maher, are a bit closer to returning and Luke Boland is out for a long time. We have nine players out injured, that’s the way it is, and we are not going to be getting too many of them back. And Josh Keane was picked to play today but he was up sick and vomiting all last night so he couldn't play so that is another one that was missing,” concluded the Tipp boss who has a lot of his plate ahead of next Sunday’s encounter with table toppers Donegal.