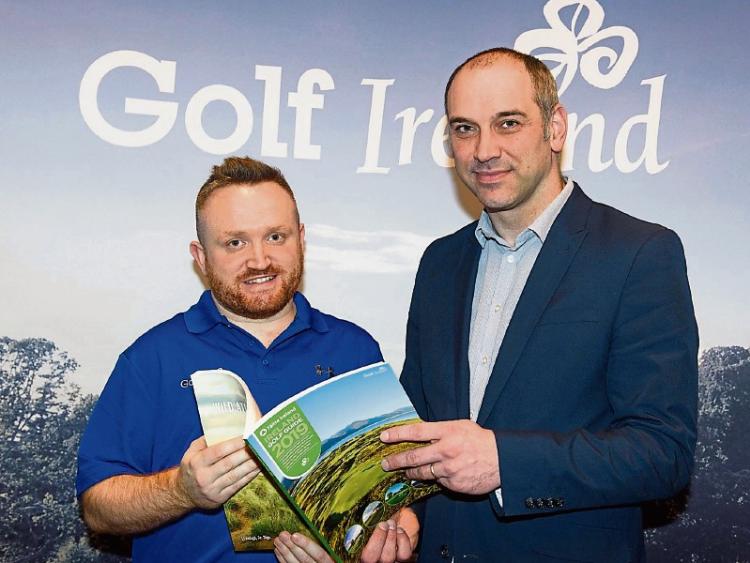 Dundrum House Hotel, Golf & Leisure Resort in Tipperary has joined Fáilte Ireland in Belfast this week to showcase the best of Irish courses to golfers from Northern Ireland in a bid to grow visitor numbers from the North.

Golf tourism is a hugely lucrative sector for Ireland and, as a key driver of visitors from Northern Ireland, has been identified by Fáilte Ireland as a priority target as it helps prepare businesses for the impact of Brexit.

As part of this work, the National Tourism Development Authority held its annual ‘Golf Ireland’ event on Thursday with over 40 exhibitors from the finest golf courses throughout Ireland and more than 420 golfing enthusiasts attending from Northern Ireland.

The promotional event showcased the exceptional quality and value that Irish golf provides and over 400 golf enthusiasts, including members of local golf societies and clubs attended.

Annually more than 200,000 overseas visitors play golf which contributes almost €270million to the Irish economy and accounts for over 1.7 million bed nights.

“Golf plays a significant role in Irish tourism. Golf visitors typically spend three times more than the average tourist, with most of their spend going directly into local economies. More than that, the spread of golf courses around the country offers a significant opportunity to boost visitor numbers and drive tourism growth outside of the better-known tourist hot spots.

“At Fáilte Ireland, we also see golf as an important component in our strategy to grow and retain the Northern Irish market in the face of Brexit. The Northern Ireland market is of particular importance to the Irish golf industry - not just for the border counties, but right across the country and that is reflected in the number of clubs who have partnered with Fáilte Ireland on our Golf Ireland Promotion Night.”

“There’s no doubt that Brexit remains one of the biggest barriers to growth for the tourism industry, particularly in terms of attracting numbers from the Northern Irish market. However, we believe the quality of our golfing product and the amazing value we can offer Northern Irish consumers can help us in promoting activity from the north. By supporting events like the Golf Ireland Promotion Night, Fáilte Ireland gives golf tourism providers throughout Ireland a high quality sales platform to promote their products in this market.”

The event in Belfast follows on from Fáilte Ireland joining forces with Tourism Ireland and Irish golf trade last month to sell Ireland as a premier golf destination at one of the largest golf trade shows in the world - the PGA Merchandise Show in Orlando.