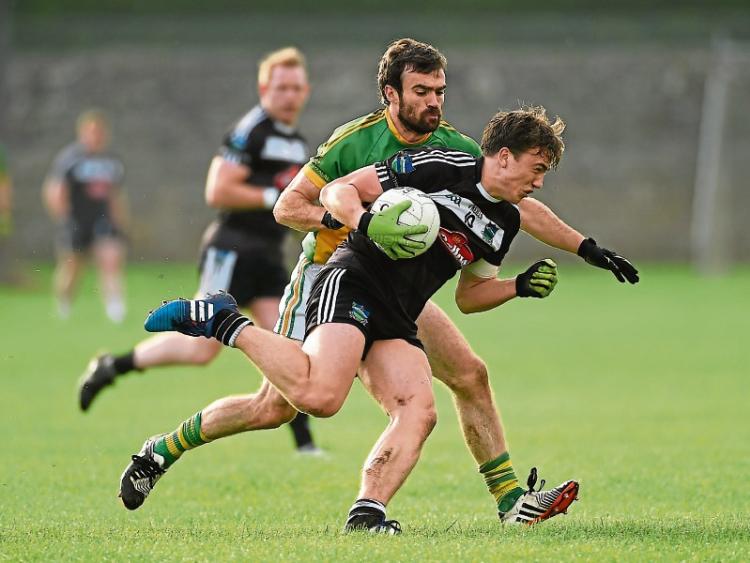 Tipperary will face Kildare in a vital Allianz National Football League game in St. Conleth’s Park in Newbridge on this coming Saturday.

It is the first time the sides have met in a competitive game since the Division 3 clash in 2016 played at The Sportsfield in Clonmel. Despite winning on that occasion by 2-13 to 1-5, according to this week’s Leinster Leader newspaper, the day has left some bad memories for the Lily Whites.

The report goes on:

“So the boys from Tipperary will be in town on Saturday, just thinking if all the Tipp natives, now living in Lilywhiteland, turn up on Saturday to St Conleth's Park, Newbridge, it would certainly make for a mighty atmosphere.

“Then again, a lot of the folk attached to the Blue and Gold would see the big ball game as not really their game, more tuned in with the sliothar – (they even spell it differently in Kildare, I notice, and they would know) –  but sure maybe come the weekend they might  give their native county a bit of backing.

“And the mind takes a ramble.

“A ramble to a venue the last time we played Tipperary. It was in a place that goes under the name: The Sports Field, and  is situated in Clonmel, and not to put it too bluntly it was what is says on the tin, a field. – (Now that’s a bit over the top)!

“Now I know us Kildare folk have no real right to be complaining about any ground as St Conleth's Park could hardly be described as luxurious (hopefully that will all  change in the not too distant future)  but the facilities we met, players and supporters alike, that day were to be brutally honest and frank, nothing short of a joke; and when you think Semple Stadium is such a fine venue, but not available for the senior footballers of the county, that day at least.

“It was back in March 2016 when The Lilies made that journey south. It was during our stay in Division 3 of the AFL, thankfully it was a one season wonder as, along with Clare, Kildare left the division, and The Sports Field, all but a distant memory.” – (A one-season wonder for the aristocratic Lily Whites who last time I counted had exactly the same number of All-Ireland FOOTBALL titles as Tipperary, four).

And even if we don’t see ourselves as a real football county we still love our football in the Premier County too.

Granted the facilities at Clonmel Sportsfield - home to Clonmel Commercials and St Mary's Hurling Clubs - do not rate with many of the developed county grounds, for a number of reasons. However, the playing surface at the Western Road venue is always good and those who look after it, always, where possible make it available. A field it is not!