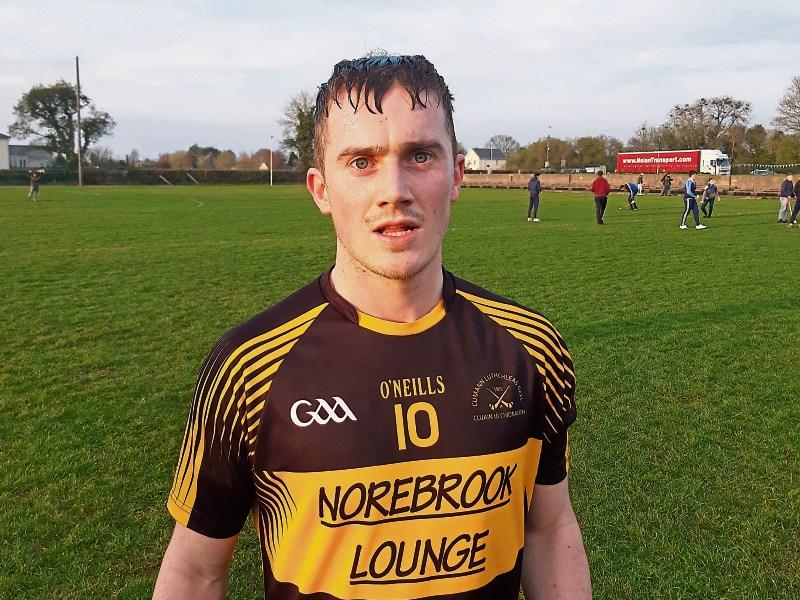 A fast start by Mid Tipperary club Clonakenny, in which they hit four points without reply in the opening four minutes was the platform on which they opened their Seamus O’Riain Cup account with a victory over Cashel King Cormacs at Boherlahan on Saturday evening last.

That lightning start developed into a trap to line win for Paul Murphy’s side and at no stage did anything other than a Clonakenny victory look the likely outcome. That opening burst aside, there wasn’t a whole lot between the teams but it always seemed that the 2015 county intermediate champions Clonakenny had the measure of the West Tipperary outfit, only back at senior grade again this year after promotion from intermediate last year.

As a spectacle there wasn’t too much to enthuse about with very little, if any, real goalmouth action or great excitement. Clonakenny, with a huge contribution of placed balls by Michael John Carroll - he ended the game with 12 points - only three of those from play - kept the scoreboard ticking over all evening and with it Cashel at bay.

The King Cormacs briefly got to within a goal of their opponents 10 minutes after the start of the second half but the goal they needed never materialised or even looked likely to.

Indeed goal chances were at a premium and Cashel hadn’t one of note all evening - the Clonakenny defence in which Willie Ryan was superb in a sweeping role had their measure. Cashel were heavily reliant on the excellent free-taking of Conn Bonnar to keep them in the hunt.

Three points inside the opening two minutes from Cian O’Dwyer, Matthew O'Sullivan and John Joe Ryan settled the Midmen immediately before Michael John Carroll had his first free of the evening after just four minutes to make it 0-4 to 0-0.

A fine point off his left by Adrian Cummins opened the King Cormacs account after nine minutes quickly answered  by another John Joe Ryan point for Clonakenny.

This tit-for-tat pattern would continue right up to half-time with four points remaining the margin all the while until just before the interval.

Hard-working Dylan Fitzell had Cashel’s second point after a good pass from James Cummins in the 13th minute matched by a superb effort from 65 metres by the hugely influential Michael John Carroll for Clonakenny.

Each side then added a free via Carroll and Bonnar before Clonakenny strung together a superb move begun by corner-back Diarmuid Ryan and added to by Pa Ryan and Bobby Bergin before Carroll raised his third white flag.

On 21 minutes a fine run up the left wing was finished with an excellent point by Ross Bonnar but each time Cashel edged in, Clonakenny shoved them out again, this time Peadar Byrne pointing.

Cian Quinn from 50 metres had Cashel’s fifth point of the evening, cancelled out immediately by a Cian O’Dwyer Clonakenny point.

Carroll and Conn Bonnar swopped late frees to leave the half-time score at 0-11 to 0-6 for Clonakenny.

The same pattern continued after the interval. Inside 30 seconds Dylan Fitzell pointed for the King Cormacs, a move started well by a break out by Simon Delaney in the full-back line. However a minute later a poor clearance from a Cashel defender enabled Bobby Bergin to punish the mistake from 45 metres.

A Conn Bonnar free was again nullifed by a Michael John Carroll 65 to leave five still between the sides after 37 minutes.

Two in a row for Cashel, a Conn Bonnar free and a Dylan Fitzell point after a crossfield pass from Adrian Cummins briefly had the West Tipp side back to three points but that was as good as it would get.

Three Michael John Carroll frees in three minutes were interrupted only by a Ciaran Quinn point for Cashel to leave Clonakenny five to the good again half-way through the second period.

Shortly afterwards Cashel - already without the services of Eoghan Connolly whose ligament injury will rule him out for another month or so - lost Dylan Fitzell when he pulled up injured. It was another big blow for an already pressed side.

It was now very much a MJ Carroll and Conn Bonnar scoring show, a Bonnar free followed by a point from play from Carroll, followed  by a pair of frees by the same two players to leave the scoreboard reading 0-18 to 0-13 with five minutes remaining.

It was then however that the game was finally put to bed. A well-worked moved involving Matthew O'Sullivan and Bobby Bergin set up Cian O'Dwyer whose close-in shot was parried by Owen Quirke in the Cashel goal. Somehow it trickled over the line for the game’s only and decisive goal. In fairness Quirke had earlier saved superbly from O’Sullivan, a goal that might have settled the issue much earlier.

What seemed unlikely for Cashel before the green flag was impossible now and the game was played out with more frees, three for Conn Bonnar and another from Carroll before referee Noel Cosgrave’s final whistle sent the supporters home.