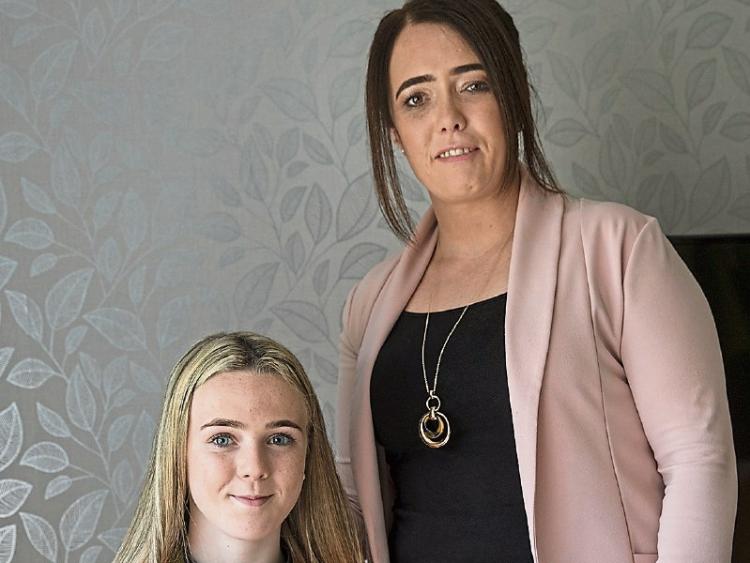 The All-Ireland boxing title that she won earlier this month was the latest remarkable triumph in the life of a young Clonmel teenager.

One of the loudest cheers heard at the National Girls championships at the National Stadium in Dublin was reserved for Leah O’Gorman when she won the Girl 2, 53 kgs title.

It was a very special and particularly sweet success, not only because the Clonmel boxer had been beaten in the final last year, but because of the long and difficult journey she had travelled before being crowned Irish champion.

As a child, Leah had fought an even tougher battle when she overcame serious illness. Diagnosed with acute lymphoblastic leukemia when she was just 8 years of age, she underwent treatment for over two years before making a full recovery from the life-threatening condition.

She joined Clonmel Boxing Club when she still had a year of treatment ahead of her, and winning the Irish title was the first major success in what she hopes will be a long and rewarding career in the sport.

“It was the best feeling ever”, 13 year-old Leah said after outboxing Reka Cummins from the St. Joseph’s club in Edenderry, forcing her to retire in the third round. After she was crowned Tipperary and Waterford county champion, and then Munster champion in recent months, she earned her place in the national final by beating Ellie Farrell, Smithfield, in the semi-final.

“It was nerve-wracking”, Leah’s mother Annmarie Hannigan said after watching her win the Irish title.

“I was wicked nervous for the whole night. It wasn’t that I didn’t have faith in Leah, but I didn’t want to see her disappointment of last year repeated after all her hard work.

“I just wanted her to win it once, just for her. I just think she deserved it so much after everything she had been through”.

The tears of sadness that followed last year’s final defeat by Siofra O’Halloran of the Ballynacargy club in Westmeath were replaced this year by tears of joy at the National Stadium, an occasion that was a world away from the hospital wards where just a few short years ago Leah fought her toughest battle.

Leah was just 8 when she complained of pains in her stomach and legs while playing in a football blitz with Clonmel Og. As the months passed her symptoms worsened, and she was initially diagnosed as suffering from a virus.

Despite being told that she might even have been imagining the pains, the night sweats and high temperatures persisted.

After another spell at the South Tipperary General Hospital for more tests she was transferred to Our Lady’s Children’s Hospital in Crumlin (now known as Children’s Health Ireland at Crumlin) in December 2014, when it emerged she was suffering from acute lymphoblastic leukemia.

Despite the bombshell that had been dropped on their lives, there was also encouragement for the family.

“We were told the previous day that Leah was suffering from one of two forms of cancer, and we were relieved when it was lymphoblastic leukemia because we had been told it would be easier to treat”, says Annmarie Hannigan. 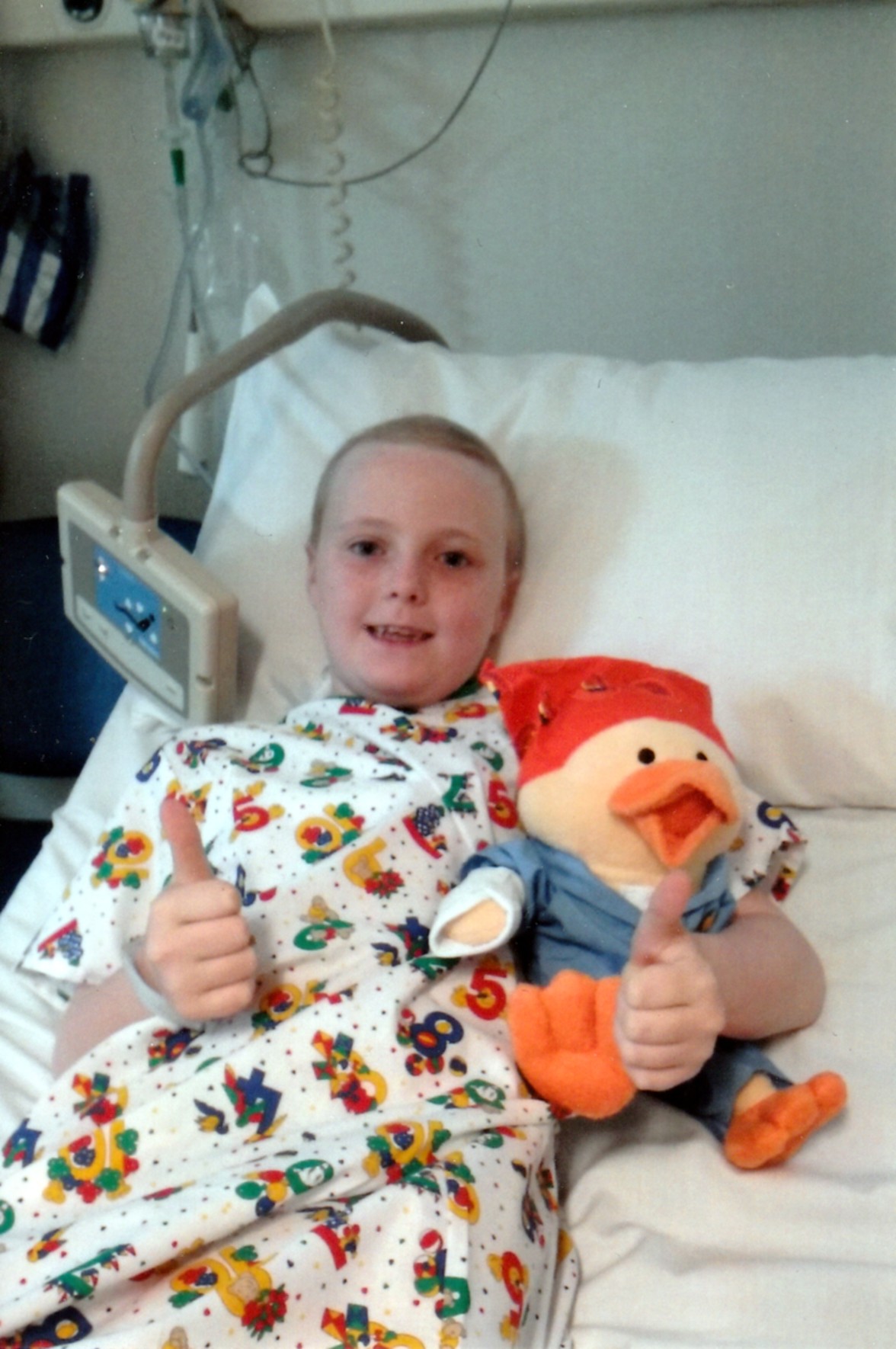 Above - Leah O’Gorman pictured in hospital in Crumlin, where she underwent treatment for acute lymphoblastic leukemia

The blow of having to spend that Christmas in hospital in Dublin was softened by a visit from pop star Niall Horan on Christmas Eve, and Leah returned home to Elm Park in Clonmel on New Year’s Eve to open all her Christmas presents.

“As an 8 year-old she should have been at home getting ready for Santa. Instead she started her chemotherapy on Christmas Eve”, her mother said.

“Leah went through some tough times but she was amazing. She was smiling going into the theatre for surgery, she just smiled the whole way through her treatment and never complained. She kept a positive attitude and just got on with it.

“She went through a few rough stages when the muscles in her legs and hands weakened and she couldn’t walk or write properly, and when her hair started to fall out in clumps”.

Annmarie resolved not to get upset in front of Leah but confessed that she cried a few times, and Leah cried as well.

“I never once thought that the treatment wasn’t going to work”, says Annmarie.

“But it was a tough time for everyone involved, including Leah’s brother Conor (who’s now 14) because we were in Crumlin twice a week and there were times when we stayed overnight during the week”.

Support and comfort was provided by family and friends during what was a very difficult time.

“I would have been lost without my mother Trisha”, says Annmarie. She is also grateful to her father Perry Hannigan, Leah’s father Eddie O’Gorman and his parents, Jackie and the late Eddie O’Gorman from Carrick-on-Suir.

“I never needed to ask for anything. Aunts, uncles, brothers and sisters, they were all a great help”, she says.

Annmarie also had great support from a friend whose daughter went through a similar experience.

Because of her illness Leah missed an amount of time in school but didn’t fall behind and finished at the top of third and fourth class in St. Oliver’s.

As the months passed and Leah’s condition started to improve, she was asked by her friend Abbey Hewitt if she was interested in joining Clonmel Boxing Club. For the first year she wasn’t allowed to spar and was confined to exercises and hitting the punch bag.

When her Hickman treatment line (used for the administration of chemotherapy and other medications) was removed ahead of schedule, she started to spar at the club in February of 2017. She entered the ring for her first fight 12 months later and, with her ability evident from an early stage, rapidly progressed through the ranks.

A first year student at the Presentation Secondary School, Leah loves boxing so much that she’s hoping to eventually turn professional and make a living from the sport.

“I was nervous about letting her box but she was determined to get into that ring and nothing was going to stop her”, says Annmarie Hannigan.

“The club is amazing, they all look out for each other. Boxing is great for Leah, physically and mentally, because the club has taught her so much about discipline, respect and humility”, she says. 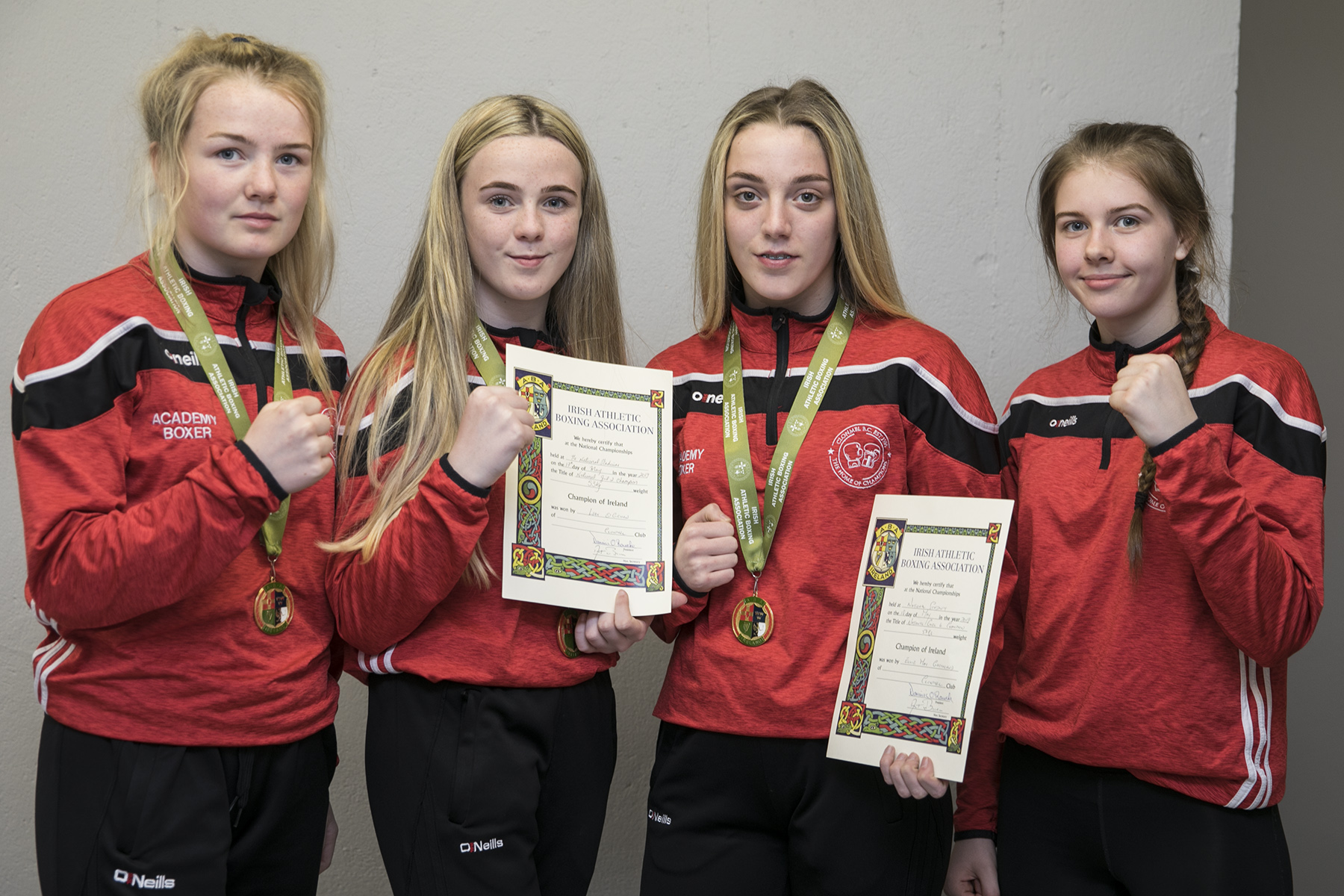 In total four Clonmel boxers qualified for the National Girls championships, with three reaching the finals in their respective categories.

Leah, who trains three times a week under coach Martin Fennessy and the other coaches, describes the club as her “second home”. She is now looking forward to graduating to the Cadet ranks this summer.

Leah returns to Crumlin once a year for a check-up and says her motto is “you don’t know when your time is up so go out, live your life and have fun”.

Her mother Annmarie says “Leah is a great girl, she always has been. She’s an inspiration to all the family for what she has been through”.