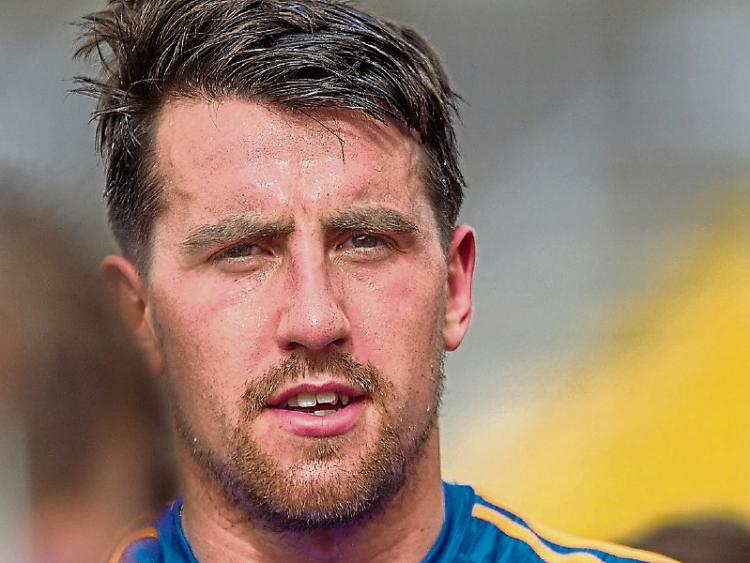 Liam Sheedy's satisfaction at his team's victory over All-Ireland champions Limerick on Sunday and reaching the Munster Senior Hurling Final was tempered by the injuries suffered by Patrick Bonner Maher and Cathal Barrett.

Both players were replaced in the first half, with Maher stretchered off the pitch, and the Tipperary manager doesn't believe that either will be fit for the Munster Final re-match against Limerick at the LIT Gaelic Grounds on Sunday week, June 30.

"We don't exactly know the impact of those injuries yet, obviously Cathal and Bonner are two really serious warriors for us", said Sheedy shortly after his team's four-points win at Semple Stadium.

"It's very unfortunate and to lose both of them in the first half, it was certainly a tough pill to swallow.

"With any type of a strain at all, it would take longer than a week or two, I'd imagine", although he said it was too early to confirm whether Bonner Maher had suffered a cruciate ligament injury.

"That's the nature of the game, there's always a danger that somebody gets a knock and that's why we have a panel. So we called on our panel today and they responded.

"Our guys went in and stepped up, and thankfully we managed to hold on". 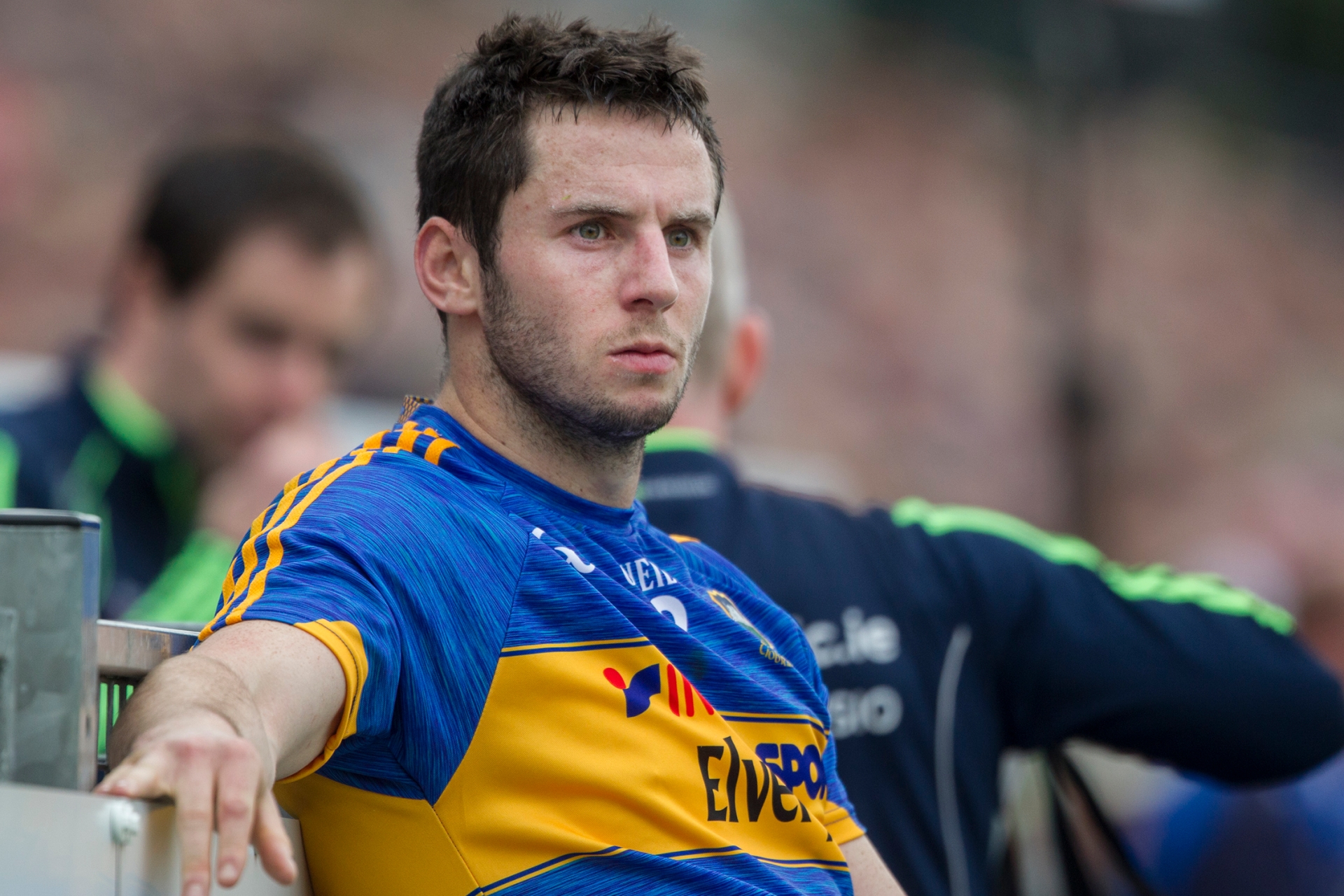 For the manager and his team, the result was a case of mission accomplished.

"The aim was to get into the top three. We now find ourselves in the top two, so it moves now from having the comfort of the league gone, and now you're into the real business end of this championship. Overall we're just very happy".

Liam Sheedy identified Seamus Callanan's goal two minutes into the second half as a key moment, arriving at a stage when Limerick were coming at his team "in waves".

"The goal was a big score, I think. Seamie got in and it gave us a real lift, and in fairness the crowd came in behind us as well. There was a really, really good atmosphere at this game, it really felt like Munster championship hurling, and I suppose that's what we all live for, so (we're) just delighted to be back in the final.

"We know Limerick were missing a good few of their key players as well today, so I don't think anyone will be reading too much into what was seen out there today. But ultimately all we focused on was ourselves and qualifying for a Munster Final. We haven't been in there for a few years so we're just glad to be back".

When asked about the frees conceded by his team, he said "the free count was 16-6 (in favour of Limerick) when I checked with about five minutes to go.In fairness to Sean (Cleere, the referee) it's a tough job out there in the middle, but we just felt maybe some of the ones were borderline, and we weren't getting them. But that's the nature of the game. It's an area of our game that if we're to be involved at the real business end of this All-Ireland series it's something we're going to have to correct.

"But in fairness to the lads they're really, really working hard and they're a totally committed bunch.

"Overall the forwards got more of a chance today to put pressure on the opposition backs, because the conditions were that bit slippier. There was always a chance of a spill or a turnover. In fairness to the lads they brought exactly what they bring to the training field, they brought a good intensity to their play. 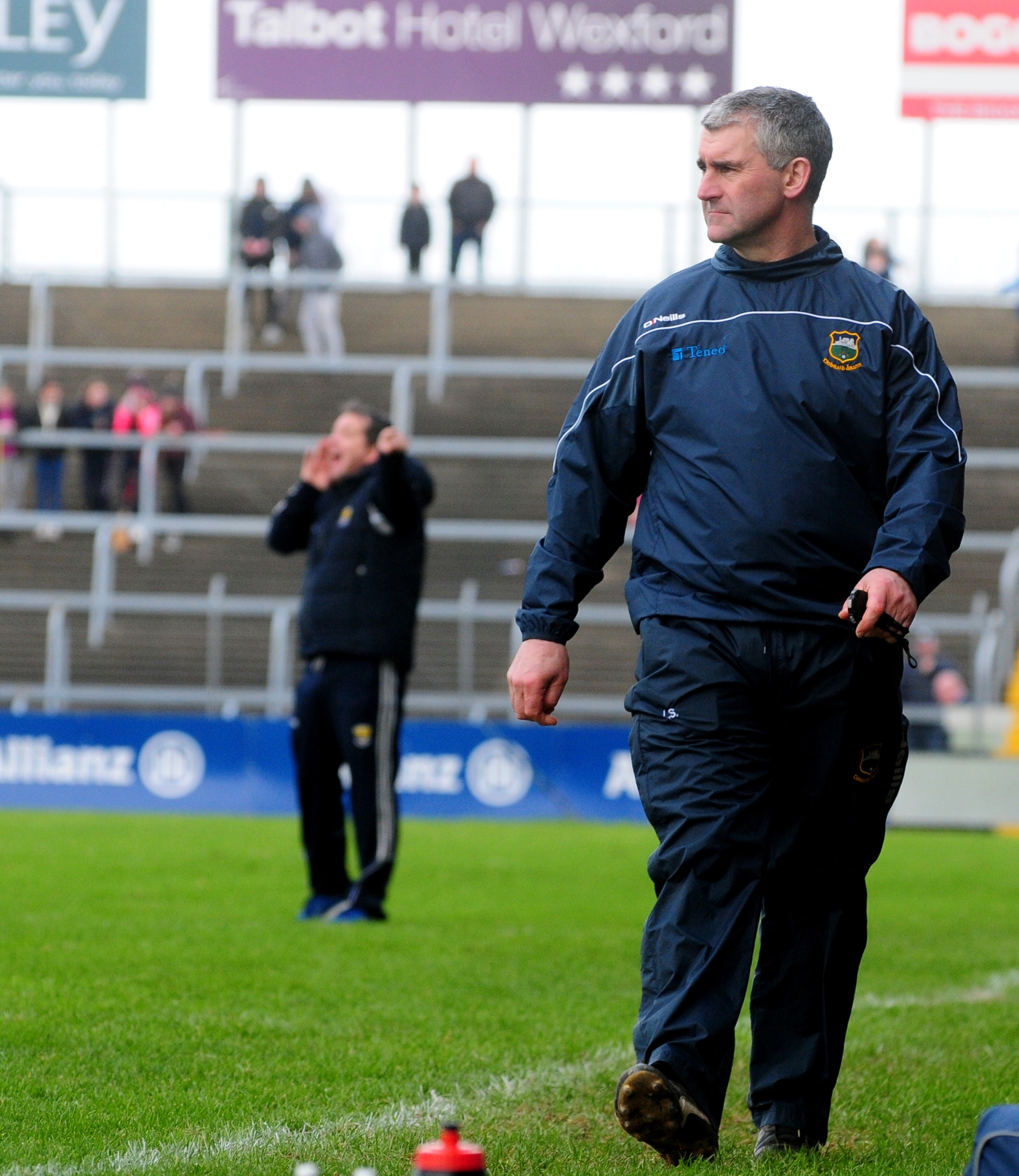 "It was a very tough, competitive game. All-Ireland champions Limerick coming into Thurles to play ourselves, we knew exactly what was going to be coming in the gate".

The Tipp boss doesn't believe Sunday's game will have any significance when the sides meet again in the Munster Final, nor will it make any difference to his team to play Limerick for the second time in a fortnight.

"We'll face them again in two weeks time and we're going back into their arena in the Gaelic Grounds. It's no secret that they've targeted to win the Munster Championship, so we face a massive battle in two weeks time.

"But from where we were coming from we are thrilled to have navigated the league stages, and now we find ourselves in the final.

"Obviously the way this championship is set up, the top teams, you saw it with Wexford and Kilkenny last night and they'll meet again in two weeks time. It's a really competitive championship so we'll do like we always do, which is focus on our own preparation and our own performance.

"Today's result will have no bearing on the Munster Final, not at all.This was all about coming through the league stages and now we get into the winner-take-all in the Munster Final. But for us, and from where we're coming from, it's just a great place for us to be".