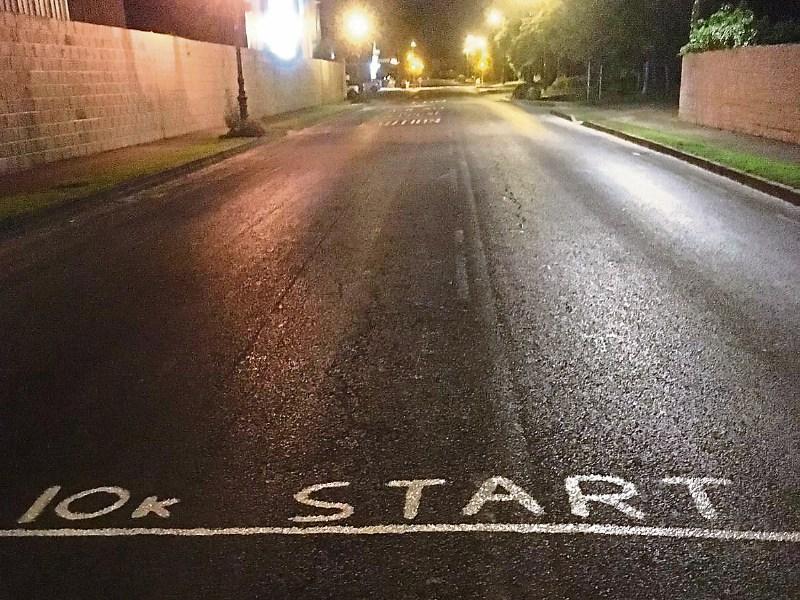 On your marks. Everything is in ready for the mad rush at the start of the Coillte 10K at Dundrum on this Wednesday evening, July 3.

Tonight Wednesday, July 3 at 8pm the Coillte 10k Road Race in Dundrum County Tipperary will be ran for 34thconsecutive year by the local Dundrum Club.

The club is delighted to have Coillte once again as our main sponsor.

With Dundrum surrounded by trees and forest trails developed by Coillte over the years where up to 1000 people a week use for running and walking it’s appropriate that Coillte are involved with us in the healthy sport of running. The Semi State Company has been involved in this race every year since it was formed in 1988 which is greatly appreciated by the club.

A new category been introduced this year as part of the 10k race by popular demand is a two by 5k relay for separate men and women teams to accommodate runners who may feel not up to running 10k. This event would be aimed at the non competitive section where the first runner would run the first lap of the two lap course change their armband to their second runner at the 5k mark in the village and the second runner would then run the second lap.

Headquarters for the race is the Scouts Complex in the village, where the club has its athletics facilities. The race has prizes in the usual categories with a specially Embroidered Souvenir Hand Towel for all finishers. All age categories are catered from over 40 years up to over 70 years in the standard 5 year intervals for men and women.

For Tipperary athletes there is the added incentive of the Tim Crowe Memorial trophy (kindly donated by Dominic Moore) for the first Tipperary athlete to finish the 10k.The present holder been local club athlete Kevin Moore Dundrum.

The race will be run over the usual flat two lap circuit with each lap consisting of a series of five straights where one or two records are broken every year. Tanzanian international Daniel Gidumbanda incredible time of 29:45 course record for the 10k has stood since 1997 which is 22 years ago this year. While Irish international  Rosemary Ryan Bilboa 34:28 women’s course record has stood since 2003. Rosemary’s  sister Dymphna has ran many a great race for the Dundrum club over the years and indeed has a hatrick of second places in the women’s race. This year the club will once again link up with Niall O’Sullivan’s Premier Timing for entries and result data to handle the increasing numbers of runners every year.

The layout of the two lap race around the planned village of Dundrum with its wide streets and wide footpaths makes it ideal for spectators to see the race and encourage the athletes as the race progresses. One section of the course in the village allows viewing of the race at four different stages by moving no more than 100 metres.