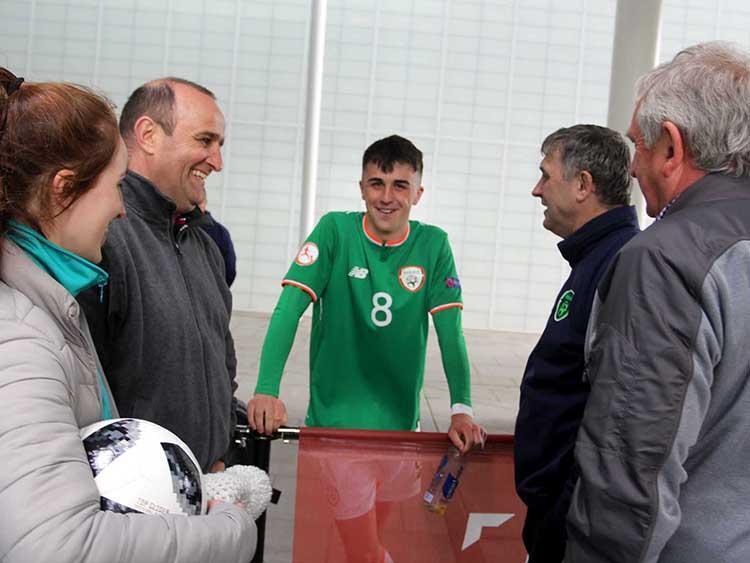 Nenagh native Barry Coffey is set to star for Tom Mohan’s Republic of Ireland team at the Under-19 European Championships in Armenia - the Republic are preparing for the tournament in confident mood having won all six of their qualifying games.

The competition comprises of two groups of four teams with the top two in each progressing to the semi-finals (July 24) - the final is scheduled to take place on July 27.

All of the games will be broadcast live on RTÉ2.

In June 2017 Barry Coffey signed with Scottish footballing giant Glasgow Celtic. The eighteen-year-old Nenagh man is now a member of the Glasgow Celtic first team squad and featured in two recent pre-season friendlies under manager Neil Lennon; on June 26 Barry Coffey started for Glasgow Celtic in a 6-1 win over SC Pinakfeld in Austria while the midfielder was then introduced as a substitute in a 2-1 victory against Wiener SC on June 29.

Barry Coffey starred on the Nenagh AFC junior side which came within a point of winning the Limerick District League Premier Division league title in 2016 while Barry also inspired Nenagh AFC to a first-ever FAI Under-17 Cup title (2016) - the Blues famously beat Cork’s Wilton United 3-2 after extra-time at Pearse Stadium in Limerick on that occasion.