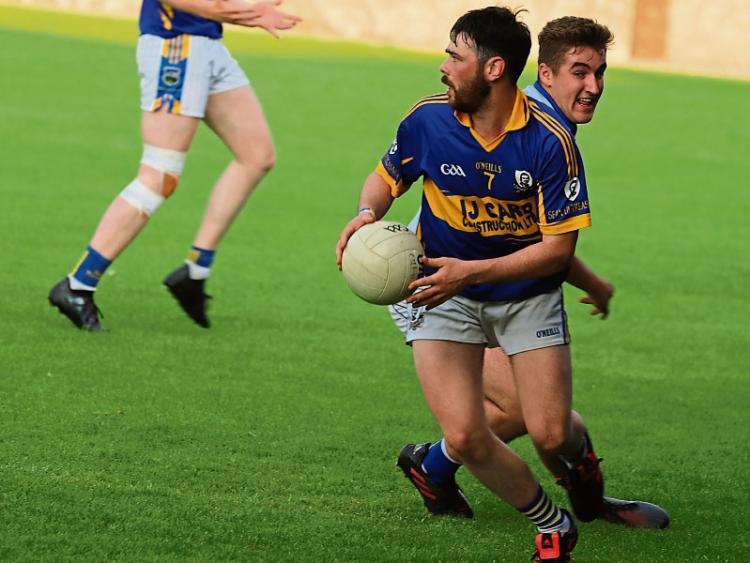 Sean Treacys turned around a three point half time deficit against Rosegreen to comfortably advance to the semi’s finals of the AIB West Junior A Football Championship.

Sean Treacys second half composure saw them add handsomely to the scoreboard something which they had struggled to in the first half. From the 18th minute of the game they outscored their opponents 2-16 to 0-3.

Sean Treacys dominated possession in the opening half but it was Rosegreen who were far more economical with theirs. Trevor Downey gave Rosegreen a dream start with a goal and a point in the opening three minutes. His goal buried into the top corner.

Tony Kerwick and Trevor Downey added further points with Rosegreen ahead 1-3 to 0-0 after ten minutes. Sean Treacys had two goal chances in this period, Jody Ryan’s shot saved by Christopher Geraghty while a minute later Patrick Deegan put his shot across the face of goal.

Sean Treacys enjoyed plenty of possession but their shooting let them down over the course of the half. Jody Ryan got them off the mark with a pointed free and he followed quickly with another. Diarmuid Quinlan added another point for Rosegreen as they attacked on limited possession.

Sean Treacys could have had a goal on the quarter mark but Sean Ryan’s shot was straight at the goalkeeper. Jody Ryan finished the move with a point.

Sean Treacys were back within two but it was short lived when Daniel Hayde goaled at the other end. Treacys finished the half stronger and by half time there was just three points between the sides 2-5 to 0-8.

Sean Treacys were far more composed in the second half and their shooting improved. Points from Patrick Deegan, Michael Feehan, Jody Ryan and Matt Feehan had Sean Treacys three points clear by the tenth minute of the half.

Rosegreen struggling to get any decent possession. Greg Kennedy eventually got a Sean Treacys goal and after that they just pulled away adding points at ease while substitute Padraic O’Leary added goal number two.

Sean Treacys had a penalty late in the half but Patrick Deegan’s shot rebounded off the post. Rosegreen did manage two points in the half and could have had another goal or two.

Sean Treacys though advance to a semi-final meeting with Emly.

Sean Treacys were slow to get into top gear though they did enjoy the majority of possession. Their midfield of Sean Ryan and Darragh Kennedy grabbed a stronghold on the game while their half forward line of Michael and Matt Feehan and Patrick Deegan was full of running and chipped in with twelve points between them.

Best for Rosegreen were Trevor Downey who finished with 1-4 while Tony Kerwick and Killian Ryan tried hard.