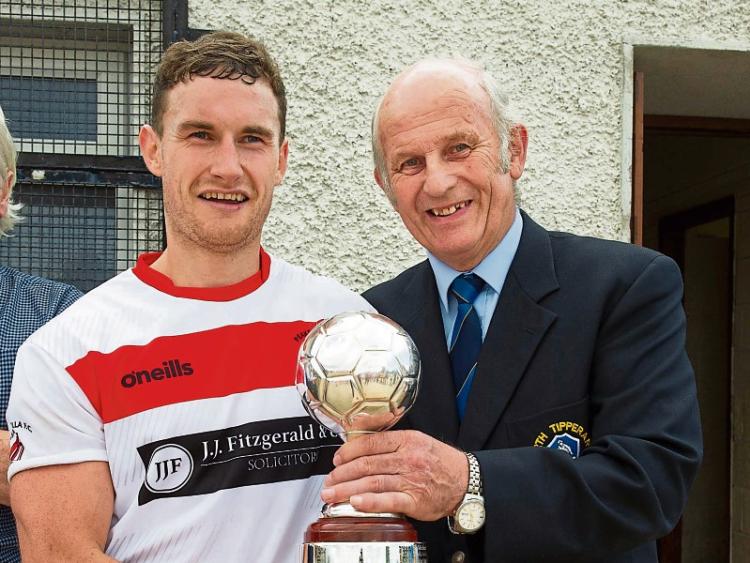 After a number of seasons in which they flattered to deceive, Peake Villa finally added some silverware to their undoubted potential when they took home this season’s John Delaney Cup from Clonmel Town.

The Complex was sheathed in glorious sunshine from the start of the game, but the fare on the pitch was of a duller sheen as both sides spent the early parts of the game sounding each other out without creating anything of note.

The Villa finally had the first chance worth calling it that when Mikey Wade tested the Town keeper and Ronan McGuire was unlucky with the follow up. They lost the lively Wade shortly after through injury but looked to have been presented with the perfect chance to go in front when they were awarded a penalty kick in the 34th  minute. Almost inexplicably however, ace striker Pippy Carroll saw his effort saved.

Five minutes later Carroll was offered the chance to atone for that miss when his side were awarded a second penalty and this time he made no mistake to put the Thurles side ahead by a goal at the break. 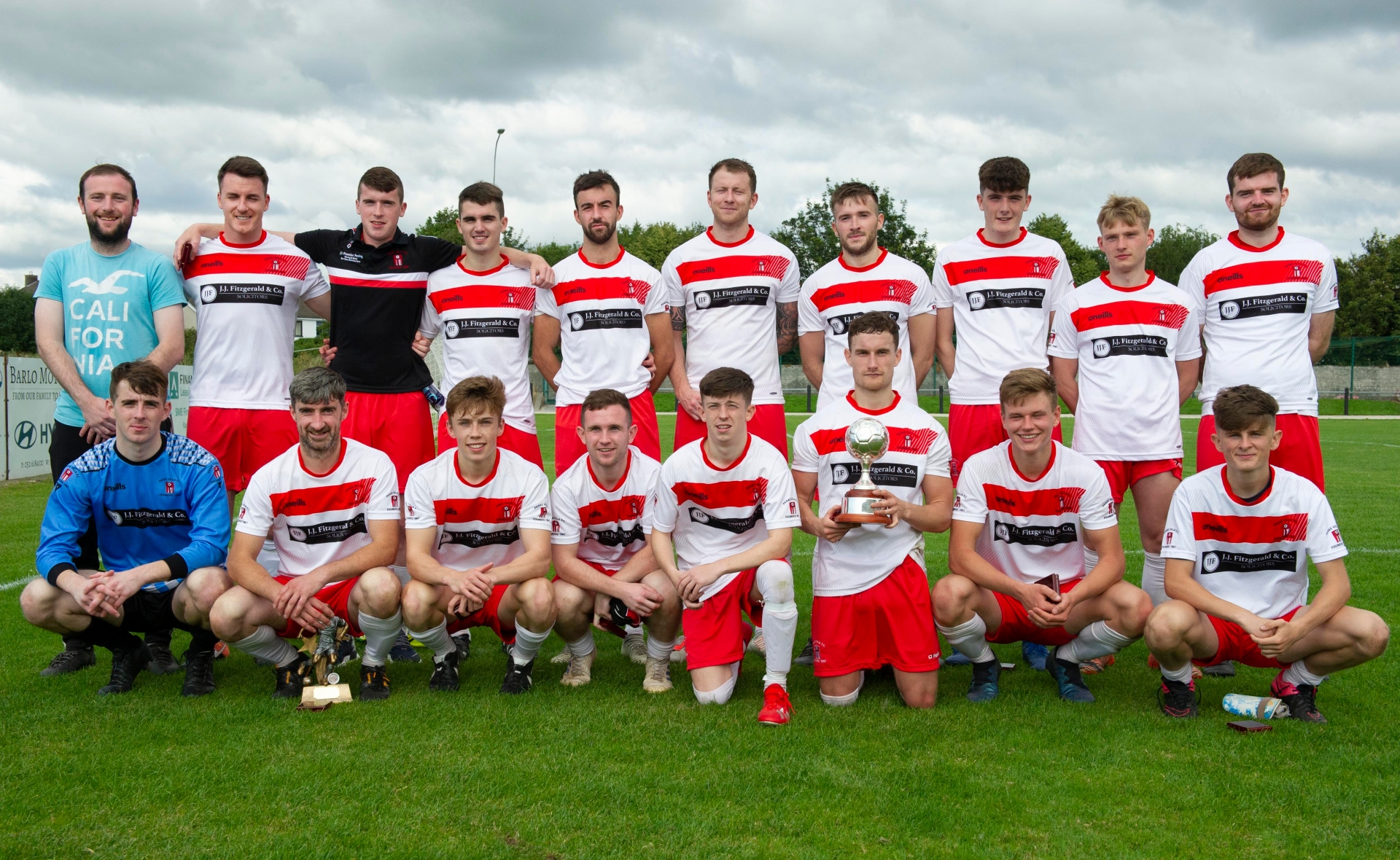 Clonmel Town came close to equalising six minutes into the second period when Evan McGuire smashed an effort off the outside of the post, but that was as good as it got for the home side as Villa became the dominant force on the pitch for the final half an hour. They continuously cut open a porous home defence and it was no surprise when they finally doubled the lead 20 minutes from time. Sean Wade took the kudos for this effort when he headed home from close range.

Ronan McGuire almost made it three with ten minutes left but the Town keeper saved well.

It was immaterial at the end as the Villa picked up the win to close out what has been a very good preseason for them, and they will now be turning their eyes and efforts to some more domestic and national titles.