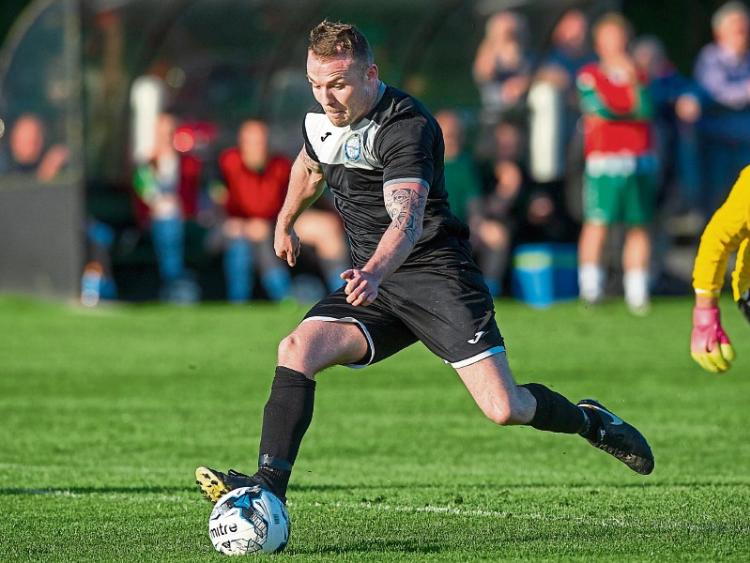 Clonmel Town comfortably won the first derby of the season with a four goal win at Celtic Park this on Sunday afternoon. The visitors started brightly and had a couple of shots that were just off target in the early stages. They finally opened the scoring however in the twenty ninth minute when Evan Maguire scored from close range. Celtic had their fair bit of possession but in truth they never really troubled Town unable to create any clear cut chances. The home side[s Matthew O’Donnell denied Evan Maguire with two fine blocks before Jamie Ahearne doubled Town’s lead on the stroke of half time with a good effort.

There was no let up from Town as they continued to control proceedings on resumption of the second period and Sean O’Connor curled in a fine effort on fifty three minutes to make the game safe. In fairness to Celtic they kept battling away helped by the introduction of Jack Purcell who added a bit of impetus to Celtic’s attack. Indeed it was Purcell who had Celtic’s first effort on target with a shot just after the hour mark that the Town keeper pushed away for a corner. He came closer ten minutes later with a shot that came back off the crossbar. Niall Prendergast also came close to a consolation for Celtic with an effort that was just off target.

However it was Town who had the final say in this game when Craig Guiry scored with eight minutes remaining to seal a comfortable win for the visitors.

These two sides had some ding dong battles last season before they were both promoted to the Premier League, and Sunday’s resumption of hostilities was no different as befits an always well contested derby game. There was added spice to this one as a win by the visitors would have put clear water between the two sides and put Borris out on top of the division, and that was probably one of the reasons that the home side came out of the traps like men possessed and took the lead inside the tenth minute. A really well worked move at the edge of the area saw a ball played into Danny Rafter who delicately chipped over the stranded Borris keeper at the back post. With that lead the home side dictated play for the rest of the first half, drawing the visitors onto them and looking to hit them on the break. This was what happened just after the hour mark when a lightening quick counter attack allowed Rafter to make it two for him and his team with a well taken goal. To their credit Borris never stopped battling and were rewarded in the sixty seventh minute when Barry Ryan kept up his remarkable goal scoring record by pressing the home keeper into a mistake and tapping in from three yards out. This set up a grandstand finish but the home side managed to stifle whatever chances that Borris created and held on for a very good and very much needed win.