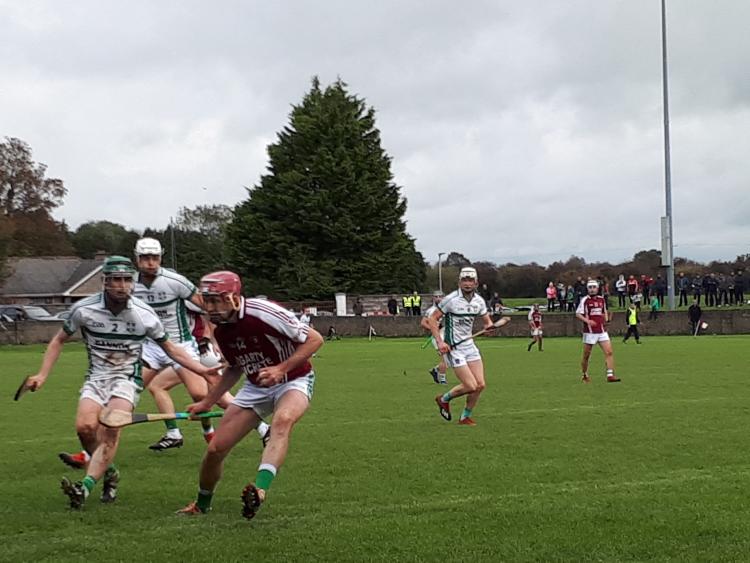 Holycross Ballycahill came from eights points down in the Seamus O Riain Cup semi-final at Borrisoleigh this afternoon to win by three when they staged a dramatic finale to down fourteen man Templederry.

A wonderful 20 point performance from Dara Woods accounted for a significant portion of their victory, but the mid men showed tremendous character and spirit to recover in a game which seemed beyond them with a quarter of an hour to go - it hardly seemed likely that they could get back into the game unless they bagged a few goals.

However, the dismissal of Templederry corner forward Mathew Hogan with a straight red card was to be a major turning point - Holycross Ballycahill went on to score 0-11 to Templederry's solitary point after that 16th minute dismissal.

A close, hard fought contest saw Templederry bag three goals in six minutes just before the interval to claim a sizeable 3-9 to 0-12 advantage. The goals from  Eanna Murray, and two from Sean Ryan rocked Holycross Ballycahill back on their heels but they didn't panic, even when they drifted to an eight point deficit by the seventh minute of the second half.

With Dara Woods in sparkling form, they were slowly but surely nipping away at the gap and were seven down when Matthew Hogan received his marching orders for a wild overhead pull on Liam Moloney - the entire complexion of the game changed and suddenly Cathal Barrett and Bryan O'Mara began to get a vice-like grip on proceedings as they supplied the ammunition for the attacking division.

But, it was Woods who came good on the scoring front and he was to fire over 0-9 in the last 13 minutes of play, including a sublime sideline cut and three from open play, while Templederry could only manage a solitary score from Padraig O'Leary in this period. Woods sideline leveled the game and with the momentum behind them, Holycross Ballycahill drove on to win the game, reach the O'Riain Cup final and more importantly for them, qualify for the Dan Breen grade in 2020.