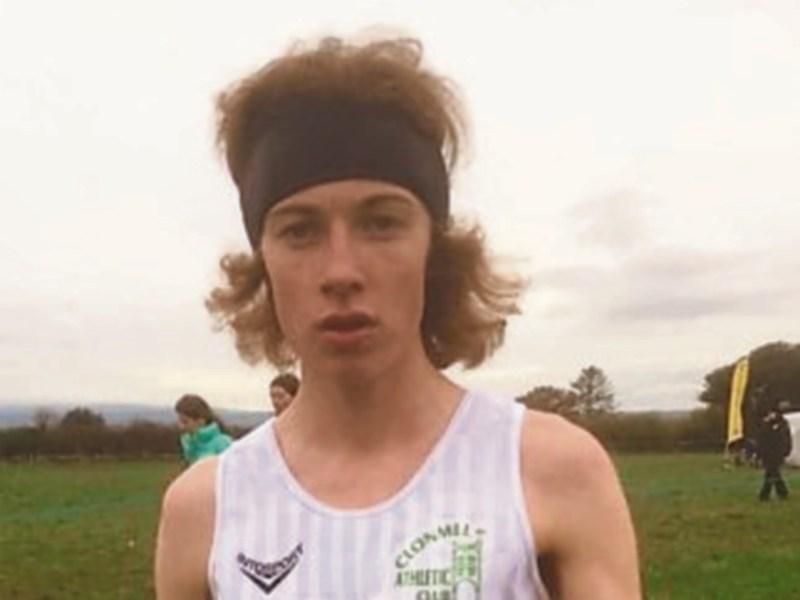 Conna, County Cork, was the venue for the Munster Junior and Senior Cross-Country Championships on Sunday last where conditions were dry and cold, the underfoot was good for the majority of the route and well done to the promoting club for a well-organised event.

The race over three laps of 2k was strong from the start and soon a group of four got away including Evan. Going out on the second lap Evan was still adrift of 3rd spot and the gap was widening, however, on the upward part of the course Evan closed the gap and going out on the third lap there was very little between second and fourth places with all three athletes in full flight. When they came through the last gap with 600m to go Evan had moved into third and he maintained that strong pace to win the Junior Men’s bronze medal.

The silver medal was won by Frank O’Brien of Midleton and if we can ramble back to the early 1980s, and the popular Nationalist 10K which took place in Clonmel for a number of years  there was many a battle between a certain Liam O’Brien and John Fitzgerald, the apple doesn’t fall far from tree!