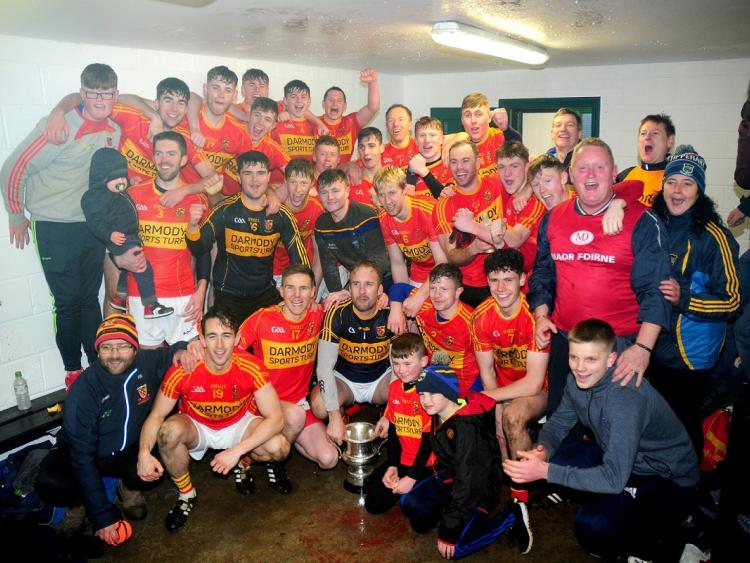 Moycarkey-Borris fought back from five points down in the county intermediate football final against Clonmel Óg and will be required to dig into their reserves of raw spirit next weekend when they take on the Clare champions with a place in the provincial decider up for grabs against Éire Óg (Cork) or Templenoe (Kerry) on the week-ending Sunday, December 1. Outside of winning their domestic championship in impressive style St Breckan's dismissed Galtee Gaels (the Limerick champions) 2-13 to 1-11 in the quarter-finals of the provincial championship.

Meanwhile on Sunday, November 17 Clonmel Commercials will also face a trip to the Banner County when the Tipperary senior champions take on St Joseph’s in Miltown Malbay (1.30pm) in the semi-finals of the AIB Munster Senior Club Football Championship - St Joseph's have already beaten Rathgormack (Waterford) 1-11 to 0-11 en route to Sunday's last four clash. On the opposite side of the draw Austin Stacks (Kerry) face Nemo Rangers (Cork) while the provincial final is scheduled to take place on December 1.

On Sunday at Semple Stadium, Thurles Borris-Ileigh saw off the challenge of Cork's Glen Rovers (1-17 to 3-8) in the semi-finals of the AIB Munster Senior Club Hurling Championship and as a result Johnny Kelly's men will now face Ballygunnar (Waterford), the defending provincial champions, in the final on Sunday, November 24 - the venue for this decider has not yet been determined.

Last weekend Ballygunnar beat Patrickswell (Limerick) by eight points (0-17 to 0-9) while they also accounted for Sixmilebridge (1-21 to 0-12) in the quarter-finals on Clare soil.

Sadly, Seán Treacy’s, the Tipperary intermediate champions, exited the provincial series on Sunday when Natal O'Grady's men lost to Ballysaggart (Waterford) in Dungarvan on a 1-11 to 0-15 scoreline.

In the junior competition Carrick Davins (the Tipperary junior A hurling champions) will face St Mary’s (Waterford) or Castletown-Ballyagran (Limerick) in a Munster semi-final on the week-ending Sunday, November 24 while Mullinahone (the Tipperary junior A football champions) will take on Croom (Limerick) or Ballyduff Lower (Waterford) in their respective provincial semi-final on the week-ending Sunday, November 24.

The draw has been made by the Munster Council for the up-coming Munster Hurling League and the McGrath Cup competitions - the respective Tipperary senior hurling and football teams will compete in both provincial pre-season competitions.

Tipperary have been drawn alongside Clare and Limerick in group A of the Co-Op Superstores Munster Hurling League - the Premier County will initially host Clare while they will then travel to face Limerick.

The Tipperary senior hurlers will, of course, compete in the New York Hurling Classic on Saturday, November 16.

Meanwhile in the McGrath Cup the Premier County will face Kerry and Cork in group B - Tipperary will host Kerry and then make the trip to Cork to face the Rebels.

The fixture details for both competitions will be unveiled at a later date with both finals scheduled to take place on the week-ending January 11-12.