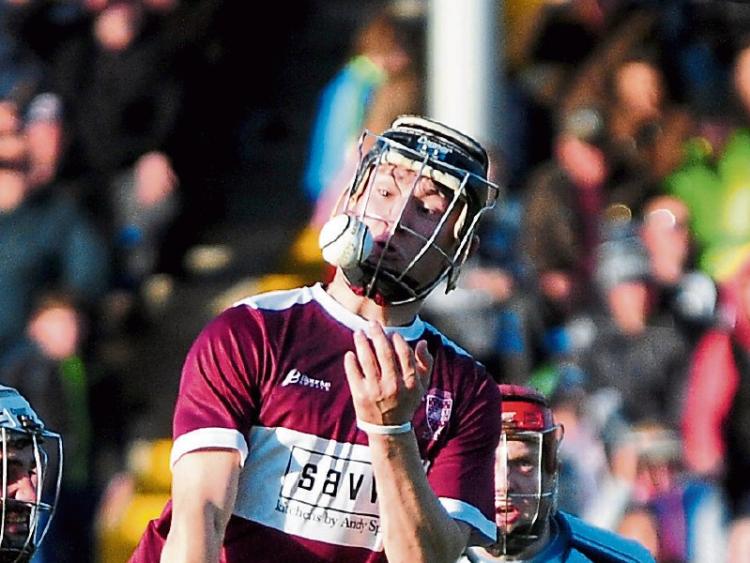 A Munster title would be huge for Borris-Ileigh

A breakthrough year for Borris-Ileigh reaches another milestone on Sunday when they travel to Páirc Uí Rinn for a provincial final date with Ballygunner. The Waterford champions are strong favourites but Borris’ have shown earnest intent since winning the county and can surely be relied upon to give this one a decent rattle.

Tradition matters in these events and Borris-Ileigh have history in this competition. Their team of the 1980s was a formidable one, winning three county finals in that decade and going on to take Munster and All- Ireland titles in the 1986/87 season to become the last Tipperary side to do so.

They beat Clarecastle in the Munster final and Rathnure in the All-Ireland. The names from that era easily pop to mind: Stapletons, Ryans and Stakelums, Kenny, Coen and McGrath. Mick Ryan was captain and of course Noel O’Dwyer was a link with Tipperary’s All-Ireland win of 1971 - as well as a pivotal presence on that Borris’ team.

That’s the legacy that the present generation is tasked with upholding. One feature of Borris-Ileigh is that they tend to produce quality county men. Back in the eighties you had  Bobby and Aidan Ryan and Richard Stakelum, while today Brendan Maher and Dan McCormack uphold the tradition.

They’ll need big games from their county men on Sunday because this Ballygunner side just oozes experience. They completed a six-in-a-row in Waterford this year and this will be their third consecutive Munster final appearance. They lost to Na Piarsaigh in 2017 but avenged that outcome last year to win the club’s second provincial title; they also won in 2001.

In fact this will be Ballygunner’s fourth final appearance in five years, which represents an impressive level of consistency. The club has played in ten Munster finals in total, starting with a 1966 loss to Carrick Davins.

They know the territory and how to navigate it so it will require a really big game from Borris’ to topple them on Sunday. The one blot on Ballygunner’s copy is the fact that they’ve yet to win the All-Ireland – they’ve never even reached a final.

When clubs make a major breakthrough after years of waiting - as Borris-Ileigh did this year - it can often be an end-goal in itself, with no great ambition for driving on outside the county.

Borris-Ileigh, however, have been different and I suspect a big part of the reason is manager Johnny Kelly. The Portumna man has been down this road before with his home club and was never likely to be satisfied with just a Tipperary title. After the Glen Rovers match the Borris’ players acknowledged as much, crediting Kelly with getting their focus re-set quickly after the county final.

The Tipp champs are 3/1 outsiders in the betting, which is a healthy position from which to attack a Munster final. With expectations muted the shackles are off and you can really have a go. The manner in which they kicked on from the county final to outplay Glen Rovers was impressive, and if they can step up another notch here then anything is possible.

One major plus with the Borris’ team is that they have natural leaders. Brendan Maher immediately pops to mind in that regard but Dan McCormack’s input is exemplary too and Paddy Stapleton brings all his old guile to the job as well. The others need these guys leading the way.

The Borris-Ileigh attack has been noteworthy for the sharing of responsibility, as different players step up on different occasions. If Conor Kenny happens to be subdued then the focus switches to James Devaney, who’s been the revelation of the championship so far. The improving input of Jerry Kelly, Kevin Maher and Niall Kenny has been important too.

I suspect they’ll need a concerted effort from all these players on Sunday against a strong and  well-balanced Ballygunner outfit. Among the more notable names for the Waterford champs are goalie Stephen O’Keeffe, as well as Barry Coughlan and Philip Mahony at the defensive end. Pauric Mahony leads the attack where ex-soccer player, Dessie Hutchinson, has been making the headlines for his scoring exploits. The O’Sullivans would be well known outside the county as well, so the team is well stocked with quality players.

The ease with which Ballygunner saw off the challenges of Sixmilebridge and Patrickswell on their way to this final says all you need to know about the reigning Munster champions.

I note against the ‘Well, for example, they had a half back line of Barry Coughlan, Philip Mahony and Shane O’Sullivan. Breaching that bulwark won’t be easy.

Thurles Sarsfields in 2012 were the last Tipperary side to win this title. The odds are against Borris-Ileigh bridging that gap on Sunday but in the great uncertainty of sport you never know. Here’s hoping!

Meanwhile I expect Liam Sheedy will shortly announce his extended panel, which will embark on a winter training programme ahead of the start of a new season. We already know that James Barry and Donagh Maher will not be part of the group after announcing their retirements but there will be much interest in who gets the call – and who is overlooked.

A panel of 40 prepared for the All-Ireland final last August and you’d wonder if some of the fringe players in that group will miss out, as more of the successful U-20 team is brought on board. Certainly players like Craig Morgan and Bryan O’Mara, for example, are expected to be among the list of promotions.  Interestingly the pair were selected to travel to New York at the weekend for this so-called classic at Citi Field.

Anyway we’ll have to wait to see the published list.

After winning U-21 and U-20 titles in the past two years there is a perception that the county has a rich, deep pool of talented players just waiting to spring onto the senior side. The truth, I’d suggest, is a bit more nuanced.

To begin with many of these players were already on the panel for 2019 and very few made an impact. Part of it may have been that Liam Sheedy was opting for the tried and trusted and giving little game time to the younger lads, but that probably reflected what the manager was seeing in training. It is a huge step-up from U-21/20 to senior and it takes time for emerging players to develop – some need more time than others.

Besides, the harsh reality here is that the majority of Liam Cahill’s winners won’t make the grade at senior level.

They may have all the skills but at the highest level attitude and temperament comes into play as well, and players really have to possess the full package for the top rung. You see so many talented underagers just lacking that extra dimension that’s necessary when it comes to senior inter-county.

I’m probably sounding like a spoilsport now in a county that’s really buzzing with expectation after last summer’s successes, but perspective is always needed in these matters.

Underage success is essential but it’s only a stepping stone or a staging post on the ultimate journey to senior level, and only the very select complete that trip.

On a related issue there will be much interest in 2020 on the progress of our minor and U-20 sides. I’d suggest that the minor management in particular will be under pressure, after the 2019 campaign was one of the poorest we’ve seen from Tipperary for some time. One year of disappointing minors is no crisis but if it becomes a second or third year then a pattern has set in and the consequences will follow through at higher level. There’s no pressure then on Paul Collins, Shane McGrath and company!

John Devane is a popular appointee as U-20 manager together with Ken Dunne, but again they’ll feel some pressure taking over from Liam Cahill and his team. A significant section of this year’s U-20 panel is again eligible for 2020 so expectations are high.

The Clonoulty man has a well-noted reputation, which earned him the appointment, but managing a county side will be a step up. Like the minor management he has our best wishes.

Finally, as mentioned above, Donagh Maher and James Barry called time on their careers since the All-Ireland final. For both players 2019 was uncomfortable, Donagh not getting game time and James having a difficult season which really hit the rocks in the Munster final.

It’s always disappointing for players to have their careers end so untidily – much better if you go out on a winning note. Donagh was a very compact defender who on his better days was well up to standard but, like others, he just couldn’t deliver the consistency necessary.

I saw much more of James Barry over the years for club, school and county and was an admirer. Some of his Harty displays for Thurles CBS were among the best I’ve ever seen at that level.

He always seemed to be a more natural half-back, but to his credit he adjusted admirably to the full line when the need arose and enjoyed a particular peak to his career in 2016 when he got a deserved All Star.

It was nice to see him come on near the end of last August’s All- Ireland final to enjoy one final delight in Croke Park. Both players did the county some service and will be remembered for it.