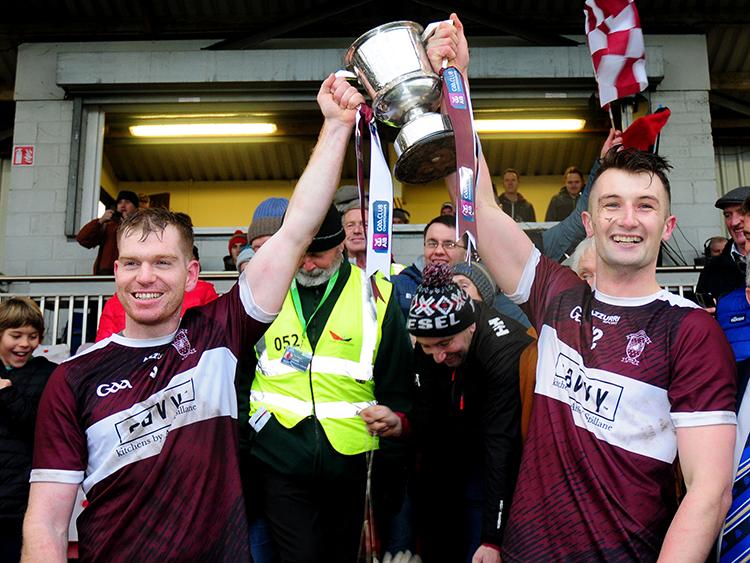 It is hard to capture in words Borris-Ileigh’s extraordinary display in the final of the AIB Munster Senior Club Hurling Championship at Páirc Uí Rinn in Cork on Sunday afternoon - Johnny Kelly’s men smashed defending champions Ballygunner on a bulwark of raw grit in an absolutely enthralling decider. Borris-Ileigh will now take on Galway champions St Thomas in the All-Ireland club semi-finals on the week-ending January 5.

Well before the end of this thrilling contest it was clear that whoever would win would be crowned worthy provincial champions.

When sporting competitions are conceived, the ideal is that a team will be crowned champion after deservedly conquering a talented rival in a tense decider. Frequently finals fall short, but the meeting of Borris-Ileigh and Ballygunner truly delivered. Indeed, the 2,663-strong attendance was treated to some excruciating drama.

Just consider the trajectory of this final: Ballygunner led by three points (0-9 to 0-6) at the break, but Borris-Ileigh re-covered and carved out a two-point advantage (1-9 to 0-10) inside the final quarter when the Tipperary champions were hit with an absolute sucker punch of a goal. Borris-Ileigh, however, stuck at it and ground out a truly famous win. Indeed, what a credit this bunch of lads is to their people.

The individual displays of man of the match Brendan Maher, corner-back Séamus Burke and Jerry Kelly certainly adorned this final, but for Borris-Ileigh the glory of this win was to be found in the collective. Indeed, one particular incident spoke volumes for the attitude of the Borris-Ileigh team.

Barry O’Sullivan’s goal had just propelled Ballygunner into a narrow lead when a Kevin Maher effort dropped short. It happens. Maher was trying to help his team at a key juncture of the contest and made a mistake. The ball dropped between Jerry Kelly and two Ballygunner defenders - the Borris-Ileigh man somehow managed to break the ball to the ground, win the subsequent ruck and flick over the equalising point one-handed.

The cheer that greeted Kelly’s effort surpassed that which marked Kieran Maher’s goal in the 45th minute. The Borris-Ileigh people recognised themselves in Jerry Kelly’s determination to not give an inch and they responded.

In a rousing start to the contest Jerry Kelly swung over a point inside the opening twenty-seven seconds before Pauric Mahony converted two frees to present Ballygunner with the lead for the first time in the third minute. Brendan Maher’s awkward ’65 tied the game and although Billy O’Keeffe responded for Ballygunner Maher converted another free in response.

In the 12th minute Barry O’Sullivan’s smart angled ball to the outside shoulder of Dessie Hutchison sparked a significant tactical change in this contest. Although Hutchison used his footwork to stay outside of his direct marker (Paddy Stapleton) and score a point Borris-Ileigh responded by moving back Dan McCormack as an extra defender (which, of course, freed up Philip Mahony at the opposite end of the field).

You would have suspected that this move would have suited Ballygunner and it probably did, for a time, before Borris-Ileigh really got to grips with the Waterford lads in the second half.

Jerry Kelly somehow managed to steer over a sideline from inside the 21-yard line in the 14th minute to tie the game once more, but Ballygunner dominated the second quarter when out-scoring their Premier County colleagues 0-5 to 0-2.

Borris-Ileigh could only manage to add to their tally through Kevin Maher (free) and Conor Kenny while Ballygunner threatened to cut loose. Pauric Mahony (two, one free) and Paddy Leavy helped themselves to points during this period while Dessie Hutchison cracked over two smashing left-handed efforts from play. And, Hutchison also had goal on his mind in the 24th minute, but Paddy Stapleton managed to dispossess the Ballygunner man with a brilliant tackle.

Borris-Ileigh actually enjoyed two slight sniffs of goal during the opening half - the first materialised in the 13th minute when Kevin Maher came agonisingly close to batting home Brendan Maher’s searching sideline ball while in the 22nd minute Conor Kenny failed to spot Kevin Maher’s run through the middle; Kenny opted to shoot when the Ballygunner defence had failed to track Maher’s enterprising blind side run. 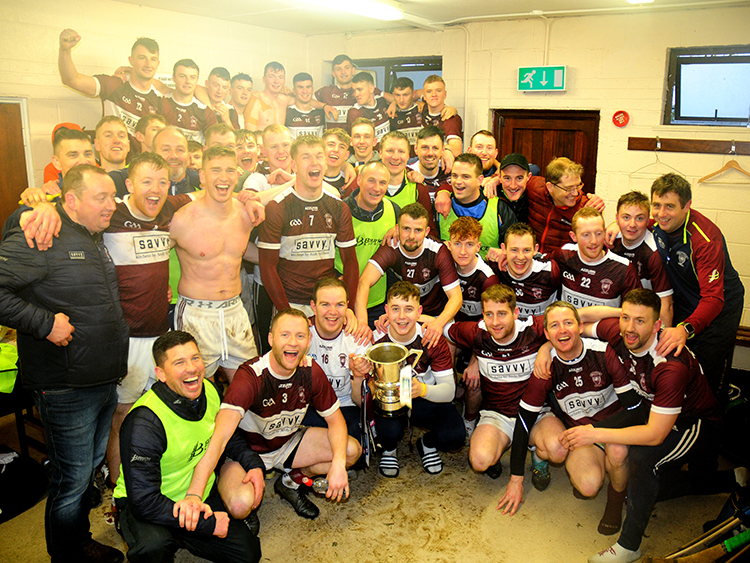 By the break Ballygunner led the shot count 16-9 and although Brendan Maher converted an early free to close the gap to two matters looked ominous in the 38th minute when Dessie Hutchison’s smart flick played Peter Hogan through on goal. A combination of Borris-Ileigh defenders hauled Hogan down just in time and when Pauric Mahony converted the resultant free there was three between them (0-7 to 0-10).

Irrespective of the scoreline Borris-Ileigh were now hurling reasonably well and their efforts were only frustrated by some rash deliveries and errant shots. Given their efforts Borris-Ileigh deserved a break and they got it in the 45th minute - the Tipperary champions won a ruck inside their own 65-yard line and Ray McCormack took off. The wing-back raced through the heart of the Ballygunner defence before finding Kieran Maher on his left with a hand pass. Maher still had plenty to do, but he kept his head, advanced, shortened and finished off his left (1-7 to 0-10).

With the game up for grabs we were then treated to an extraordinary moment in the 47th minute: as a ruck developed just inside the Ballygunner 65-yard line Brendan Maher abandoned his man (Pauric Mahony no less), raced to the ruck, collected the ball, charged forward and fired over off his left. The people of Borris-Ileigh will be talking about this particular score for some time.

All the momentum was with Borris-Ileigh now and when Kevin Maher was fouled for another converted Brendan Maher free the Tipperary champions looked a solid bet to see this one out (1-9 to 0-10).

Three minutes later, however, calamity struck. Borris-Ileigh appeared to have Dessie Hutchinson bottled up out near the sideline when the Ballygunner man fired the ball across the field to the completely unmarked Barry O’Sullivan who galloped through unheeded and then finished off his left. The Borris-Ileigh management were probably not too impressed to note O’Sullivan’s untracked run.

Borris-Ileigh responded with a Jerry Kelly point to tie the game and although Conor Sheahan fired Ballygunner back into the lead three Borris-Ileigh forwards forced Paddy Leavy into an over-carry and Brendan Maher (free) left it all square (1-11 each) with four minutes to play.

In the last minute of the contest Niall Kenny almost plundered a precious goal for Borris-Ileigh after he grabbed a hanging Conor Kenny delivery. Niall’s attempt to bat the ball home was saved by Stephen O’Keeffe, but referee Johnny Murphy was playing advantage, called the play back and Brendan Maher (free) notched his seventh point of the game.

There was still time for Ballygunner to respond, but Borris-Ileigh filtered back, worked hard and were incredibly disciplined during three minutes of injury time not to present the unerring Pauric Mahony with an opportunity to force extra-time. Indeed, in the 62nd minute the Borris-Ileigh defence gobbled up Michael Mahony just when it appeared that the Ballygunner midfielder enjoyed a clear sight of goal just inside the 45-yard line; that man Brendan Maher won the subsequent ruck and was fouled as he burst forward.