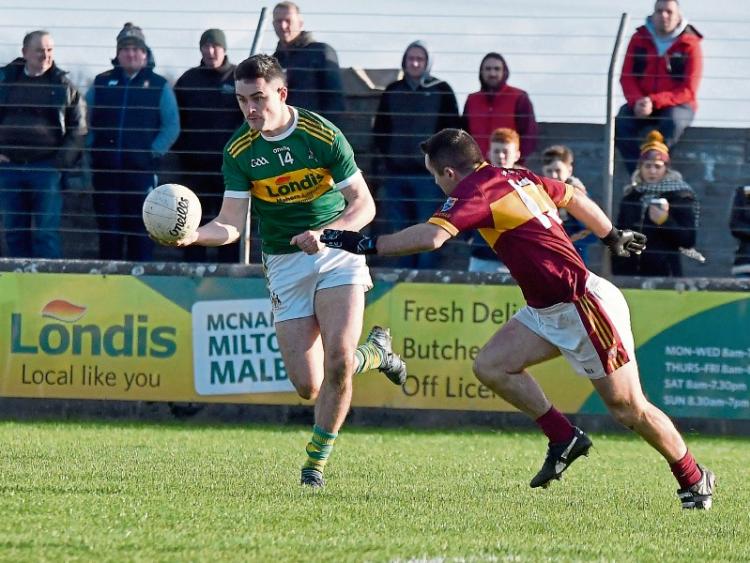 The scorer of the most famous goal in the history of Clonmel Commercials is hoping to inflict more misery on Nemo Rangers.

Michael Quinlivan’s additional-time strike against the Cork team in the 2015 Munster Club Football Championship Final secured a first provincial title not just for his club but for Tipperary. Four years later, both clubs are now poised for a re-match in Sunday’s Munster Final in Fraher Field, Dungarvan (2pm).

“I remember missing four frees in the first half and there was another free that I should have taken in the second half.

“The goal in my mind seems to have been much slower, but when you watch the replay there was a lot of movement in it.

“We were a very young team and probably a couple of years ahead of our time. It (the significance of the win) dawned on us a bit more when we saw the emotion among lads who had played in the 1980s and 90s and what it meant to them.

“After the game had passed we were focusing on the All-Ireland quarter-final in London. But those couple of days and that Christmas were among the best times I ever had in Clonmel”.

While he admits that it’s been hard to get away from 2015 in the build-up to this weekend, he doesn’t think it will have that much relevance come Sunday.

“We have eight or nine survivors from four years ago. But for the rest of the team that final won’t mean a lot.

“There was nothing really in that game in 2015 and I doubt if there will be much in it the next day”.

The clubs have already met this year, in a challenge that Nemo won easily.

“We had just won the County League Final against Moyle Rovers and Nemo gave us a good clipping in Clonmel and brought us back down to earth”, says Quinlivan.

“We’re under no illusions about the quality they have.

“They have players who can hurt you all over the place, and they’re always there or thereabouts when it comes to winning Cork county titles.

There’s a reason why they convert Cork titles into Munster titles at such an alarming rate.

“Nemo are worthy favourites. We’ll be hoping to try and stay in the game and see what happens when we bring it down the home stretch”. 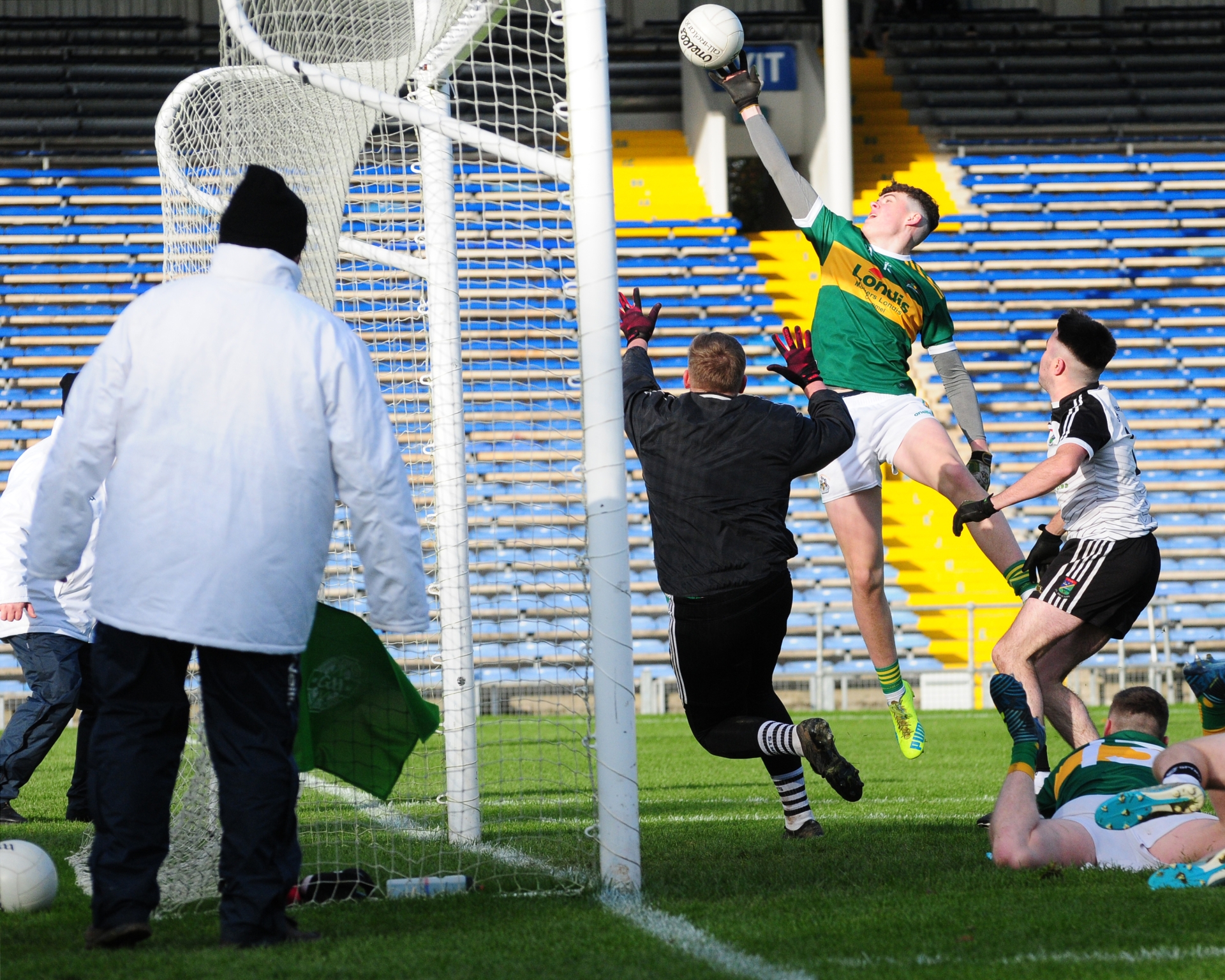 By the same token, he can’t speak highly enough of his own team mates, especially the determination they showed to beat Loughmore/Castleiney after extra-time in the county semi-final.

“The character was incredible to even just stay in the game.

“They just kept their heads down and kept working, and it was the same the last day (the Munster semi-final against St. Joseph’s of Miltown Malbay), which was a real arm wrestle.

“The character of the panel has been brilliant all year”.

The club’s intermediate team, who train with the seniors, reached the county semi-final before bowing out against Clonmel Og.

“All of us are working together at the same time and that has driven us on so much this year.

“Hopefully it stands to you when you go out on the field and can keep relying on each other”.

For a side that fields two seats of brothers - the three Kennedys, Jack, Conal and Colman, and the two Peters, Jamie and Ross - this Commmercials team is a particularly tightly-knit bunch.

“Ten or eleven of us came off the U-21 team”, says Michael Quinlivan.

“There’s a huge amount of lads who are playing together since they were five or six years of age and that stands to you on the field.

“It has been the biggest positive this year”, he says.

The club is now preparing to play in its sixth Munster final, which is the most appearances by any club in Tipperary.

However reaching another provincial decider wasn’t the be-all and end-all at the beginning of the season.

“The first thing was to try and the win the county title”, says Quinlivan.

“We didn’t win the championship last year and the goal in the last minute in the county semi-final against Moyle Rovers was a real gut-punch”, he says.

“After we won the county this year  and we celebrated properly we focused on the Munster semi-final”. 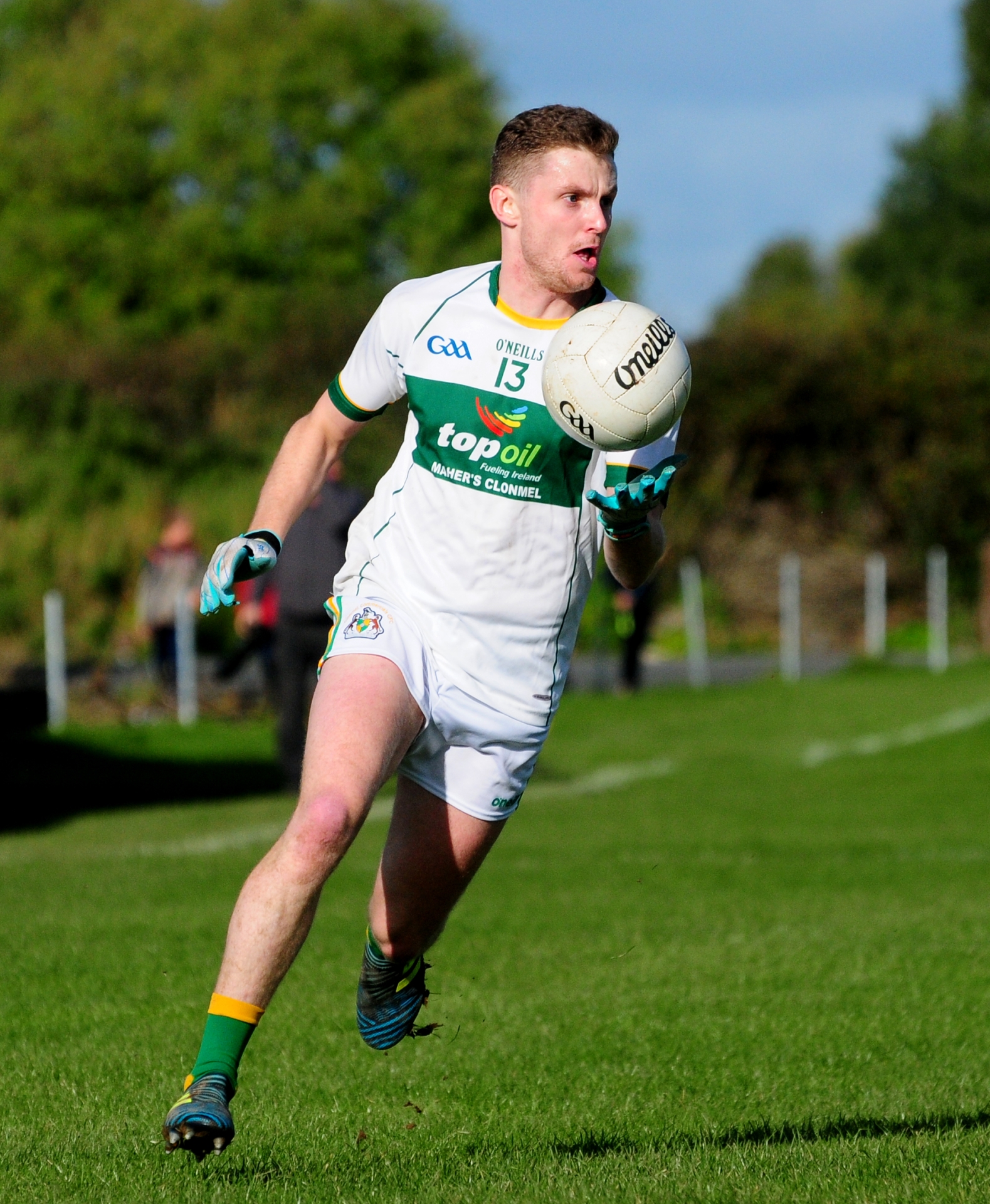 Above - Jason Lonergan, Clonmel Commercials, looks to create an opening in the county semi-final against Loughmore/Castleiney

That game against St. Joseph’s was another tough struggle, with Commercials requiring a late flurry of points to secure a two-points victory.

The winner of an All Star award three years ago, Michael Quinlivan says he has now fully recovered  from the knee injury sustained in the South Tipp semi-final against Killenaule a year ago this month, and which required surgery in February.

“I was disappointed that I couldn’t influence games playing with Tipperary this year, but I’ve come out the far side of it now.

“I had great people helping me. Paula (Kearns, the Commercials physio) has been absolutely fantastic, as well as Ian Dowling with Tipp”.

Michael is taking a break from the game to go travelling next year, but for now his focus is firmly fixed on Sunday.

“Going training in November doesn’t sound too appealing but there has been a great buzz in training.

“There’s no need to motivate lads, everybody is ready to rock”.