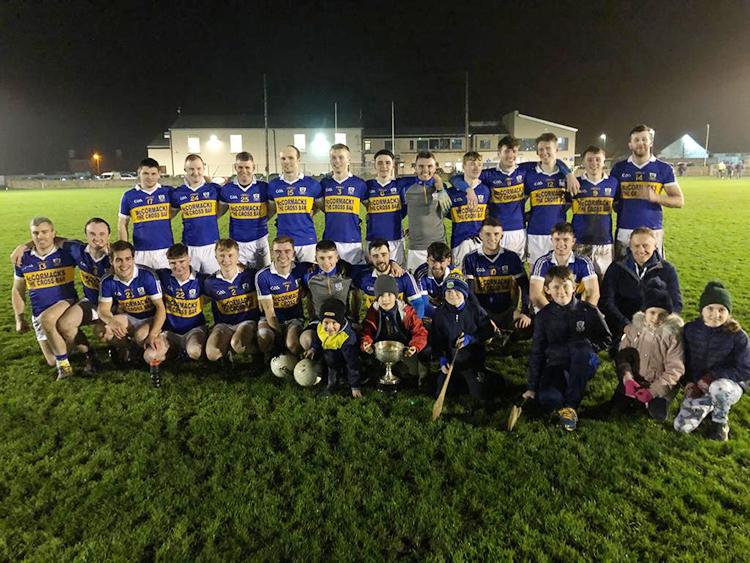 Seán Treacy’s won their fourth AIB West Tipperary Junior A Football Championship title when the saw off the challenge of the 2018 county junior B champions, Solohead, in a hugely-entertaining game at Golden on Wednesday night last.

This was what club football should be all about - it was end-to-end and did not feature blanket defences or thirteen men behind the ball. Indeed, the good crowd in attendance got great value for their admittance fee, were vocal in their support and were not let down by the players from both sides.

This was the first meeting of both clubs in a final at this grade and in the end the result came down to Seán Treacy’s ability to convert possession into scores. Only one goal and one point of their total came from placed balls while Solohead were mainly reliant on their place kickers and only hit two points from open play.

Top scorer Paudie O’ Leary had the opening score one minute into the game. Solohead struck back with three pointed frees from the boot of John Joe O’Brien with two and one from Declan Riordan. Paudie O’Leary (from a free in the tenth minute and one from play a minute later) had the sides level for the second and last time in this decider.

The game definitely swung in Seán Treacy’s favour seven minutes before the break; a high ball into the Solohead goal mouth was brilliantly fielded by Paudie O’Leary, who was then pulled to the ground. The resulting penalty was converted by O’Leary to give Seán Treacy’s a lead that they would not relinquish. Declan Riordan and Pat Deegan exchanged points to leave the score at the break reading: Seán Treacy’s 1-4 Solohead 0-4.

Seán Treacy’s got off to a flying start after the break and Pat Deegan hit a goal and a point within three minutes to put his side seven points to the good. Mattie Feehan stretched this lead two minutes later.

Solohead needed to get back in the game quickly and two converted frees from John Joe O’Brien and Declan Riordan gave them hope. Paudie O’Leary kicked two from play within a minute before a Declan Riordan free left seven between the sides with fifteen minutes left.

Seán Treacy’s drove on during the last quarter and despite the introduction of five substitutes during this period consolidated their grip on the game. Pat Deegan, Paddy Carey and the score of the game from Mikey Feehan added to Solohead’s woe.

Jason Sutton (from play) and Eoin Riordan (from a placed ball) cut the deficit, but by this stage the trophy was well on it’s way back to Seán Treacy’s, much to the delight of their faithful following.