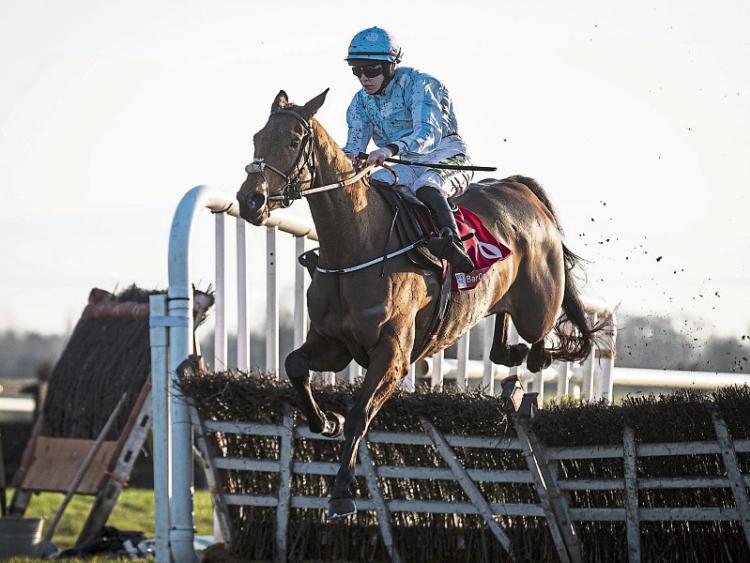 Racing fans were treated to something very special at Fairyhouse on Sunday where the Rachael Blackmore-ridden Honeysuckle landed her biggest success with a devastating display in the Grade 1 Hatton’s Grace Hurdle.

Henry De Bromhead’s charge carries the colours of Kenny Alexander and she continues to deliver on the promise shown last season. At her favourite track where she is unbeaten in five outings, Honeysuckle scored a nine-length win over Lismullen Hurdle winner Bacardys with Apple’s Jade a further four lengths away in third place.

The winning jockey said - “She’s definitely as good as I’ve ridden. We are all very lucky to be involved with her. After that performance, she is definitely special.”

Blackmore and Henry De Bromhead were fastest into stride at Punchestown on Tuesday where they shared an opening race double. The pair landed the opening three-year-old maiden hurdle with the Brendan McNeill-owned Aspire Tower which ran out a hugely impressive 13-length winner on his jumping debut at odds of 9/4 favourite.

Cavalry Master completed the brace with Blackmore having to work a little harder as the 8/1 chance scored by three parts of a length from outsider Buddy Rich.

Mouse Morris was among the winners at Thurles on Thursday where French Dynamite landed the 2m maiden hurdle in fine style. Ridden by Robbie Power, the easy-to-back 6/1 chance readily picked up from the final hurdle to get the better of 15/8 shot Trevena by a length and a quarter with 6/4 favourite Pienta half a length further behind in third place.

Denis Hogan both trained and rode Mossy White to land the 2m6f handicap hurdle for the High Stakes Syndicate. A 12/1 chance, the six-year-old had to battle to beat the Terence O’Brien-trained Frere Fontaine by a short-head. Hogan was a winner again the following afternoon at Limerick where Young Dev landed the amateur riders’ handicap hurdle.

Owned by Liam Mulryan, the 4/1 chance was ridden by Cashel’s Damien Skehan and came home a 15-length winner from outsider Whoyakodding.

At Dundalk on Friday, trainer Andy Slattery and his nephew Ben Coen won the 6f maiden with Power Ahead which got up in the dying strides to beat the Joseph O'Brien-trained Never Before by a neck.

Owned and bred by Kevin Walsh, the 12/1 shot denied O’Brien an opening race treble after he had scored with Dark Vader and Irradiate. Cahir apprentice Nathan Crosse teamed up with Portarlington trainer Kieran Cotter to win the 6f handicap with Dash D'or, a fifth career victory for the six-year-old. The 16/1 shot flew home to lead in the dying strides and win by a short-head from the Ado McGuinness-trained War Hero. The first four horses home were covered by less than a length.