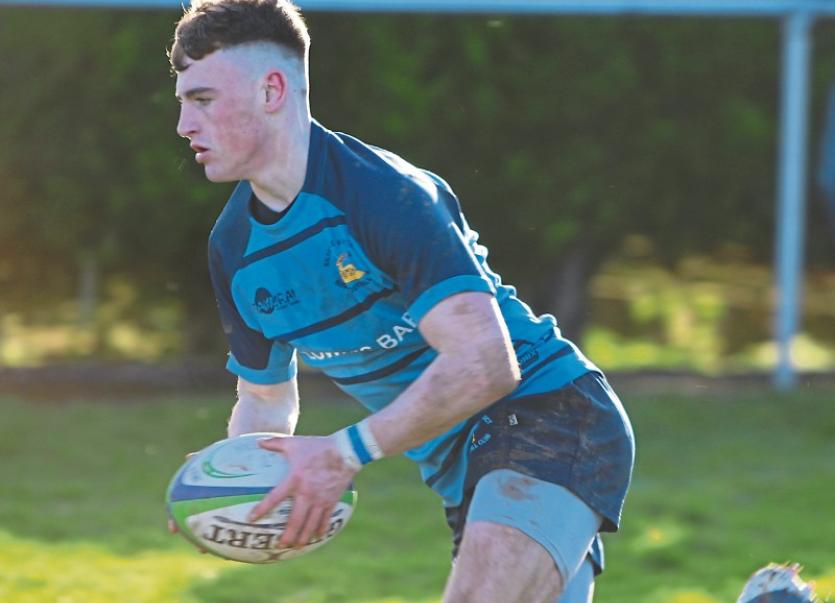 Since its formation in 1981 Kilfeacle and District Rugby Football Club has become one of the strongest and most consistent clubs in Munster Junior Rugby.

The club will chase national glory this Saturday when they take on Dromore, from Lisburn, in the Energia All-Ireland Junior Cup Final. The game goes ahead at Coolmine RFC’s Ashbrook Park in Dublin at 2.30

Situated four miles from Tipperary Town in the direction of Cashel, Kilfeacle and District RFC has fought hard to carve out its own place in the game. The club colours are sky blue and navy, which were chosen by Mary Cooney, a founding member, because she had a big devotion to the Blessed Virgin.

The most important part of the club name is and District, which caters for the diversity in area codes from which players are drawn. Everyone involved in ‘The Hill’, as the club is affectionately known, are bitten hard by the rugby bug.

It is a wonderful club to be associated with. Kilfeacle and District RFC  is a hive of activity every weekend from September to May. On any given night it is no surprise to have approximately 150 players training, from Under 8s to seniors, and results speak volumes for their success. The support structure from volunteers through parents, coaches, selectors, patrons and supporters is immense and something the club is very proud of.

Special mention must go to all the coaches for their tireless, selfless work in developing the youngsters and the talent that permeates through the different teams that wear the blue for ‘The Little Club on the Hill’.

The club has been in the top division of the Munster Junior League every year since its inception. This consistency is even more impressive, considering the position and role of small clubs such as Kilfeacle amd District within the current landscape of modern-day professional rugby in Ireland.

Small clubs such as Kilfeacle and District have to contend with being a feeder club, staging area and stepping stone for talented players making their way up and down to and from senior clubs and hopefully the heady heights of professional rugby. 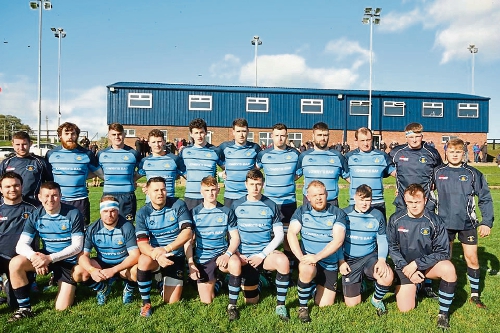 One of Kilfeacle and District’s proudest achievements is to still be able to compete at its current level despite the challenges of player retention in today’s climate, with every player that shows promise or skill being courted by numerous clubs at higher levels. The club’s success can be credited to the loyalty shown by players and supporters alike down through the years.

Everyone associated with Kilfeacle from chairperson to tea lady, from first team captain to under six substitute are loyal supporters of Kilfeacle and District RFC and would follow them to the ends of the earth and even further to support the Boys in Blue.

As a club Kilfeacle and District are now 38 years young. They are still a small club but in many ways that is their  greatest asset. They are a community-based club and a tightly-knit family. It is this sense of family and community, sense of belonging, sense of being an integral part of something, sense of loyalty that has kept this club in existence in the past and hopefully in the future.

The club has had many successes over the years including the coveted Munster Junior Cup, which was claimed in 2002.

Kilfeacle and District has at some stage won nearly every competition that it has entered at least once and is delighted with its long list of accomplishments.

This year has been a fantastic year to be a Kilfeacle  supporter. The first team squad has performed consistently at such a high level so far this season that they have rightfully earned themselves an Energia All-Ireland Junior Cup Final place. Reaching of this final is an achievement in itself and has been two years in the making, as it was last year’s squad’s endeavours that qualified for this year’s competition.

The achievement is magnified when you take into consideration the players that make up the squad and their links to the club. Most of the players have played their  way through the juvenile ranks, some are playing or have played with their brothers in Kilfeacle’s firsts. Many are following in the footsteps of brothers, cousins, uncles and fathers by pulling on the jersey. Some are sons and grandsons of the club’s founding members. Many have family members actively working in the club as coaches, committee members, volunteers, sponsors, patrons. 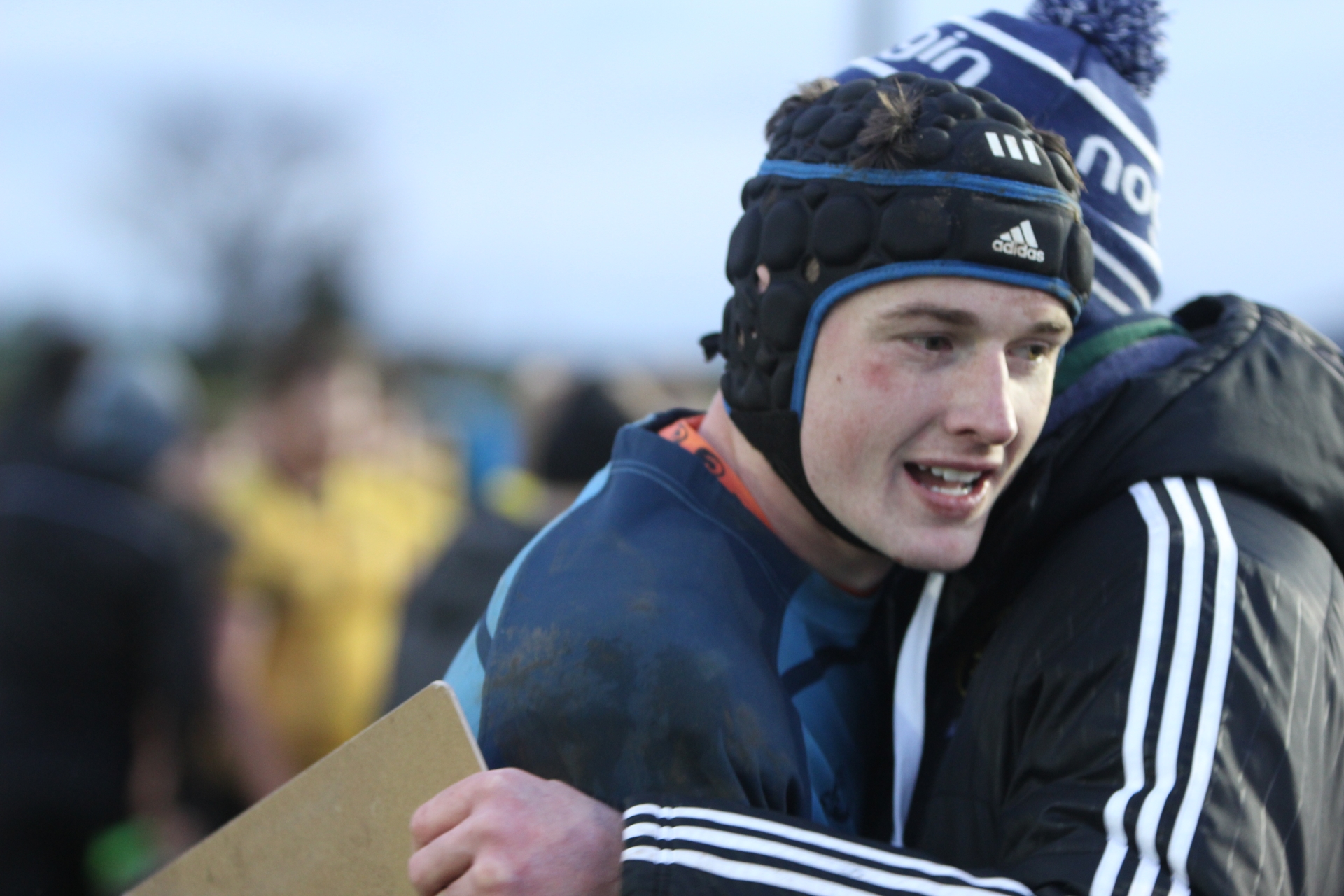 The large amount of people that will travel to cheer this squad on will not just be supporters. They will be family members, partners, friends and loved ones who will scream, cheer, encourage and shout until hoarse. Not because they wish that the club could win this prestigious competition. No, because by being a member of Kilfeacle and District RFC they know that the club deserve to win this prestigious competition because of all the effort that so many have put in to get to this final.

Every squad member, to a man, has gone above and beyond what was asked of them. Some have fallen along the way but will be there on the day not as supporters or as injured players but as squad members and an integral part of this achievement.

The players would be first to recognise the coaches and backroom staff who have been crucial to all the achievements and successes.

Behind the scenes is the tirelessly working committee and club members. This truly is a complete club achievement.

Destiny awaits this squad in the Energia All-Ireland Junior Cup Final at Coolmine RFC’s Ashbrook Park in Dublin on Saturday. Whatever happens this squad of brothers will be clapped and cheered on and off the pitch.

The Energia All-Ireland Junior Cup Final is not the cornerstone that this amazing little club has been built on. It will not be the rock that this team will perish on. It may become the podium which they deserve to be elevated on to. It is imperative that this group of players realise that winning this competition would be an amazing achievement but pales in significance when compared to all the joy and pride they have provided and continue to provide every time they wear the navy and sky blue.