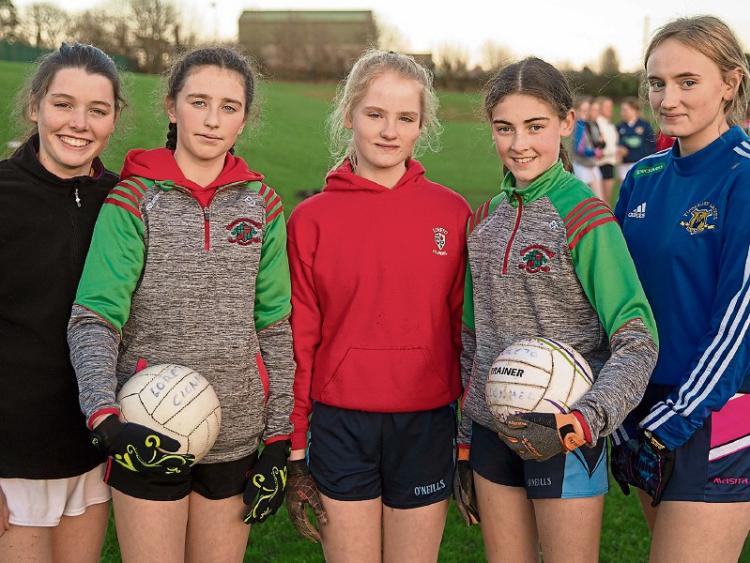 Loreto Clonmel’s Junior football team will  defend their Munster A schools title when they play St. Mary’s, Midleton in Ballygiblin at 11.30am this morning, Thursday.

The season began with Loreto placed in a group with St. Mary’s, Midleton and St. Augustine’s, Dungarvan.

Their first game was  in Dungarvan against St. Augustine’s on October 7, which was a repeat of last year’s provincial decider.

Loreto came out on top after a hard-fought win in wet conditions where they fought to come from behind at half-time.

Their second game was against St. Mary’s, Midleton in Bride Rovers GAA, Rathcormac on November 21. Loreto lost out on this occasion to a St. Mary’s side who moved well between defence and attack.

Progressing out of the group stages, a quarter final clash with St. Brigid’s, Killarney was arranged. However Loreto were given a bye and drawn to play St. John the Baptist, Hospital in the semi-final.

This game was played in Ballygiblin GAA two weeks ago. The score line suggests that this game was a one-sided affair; however it was a closely-fought game played in very heavy conditions following Storm Brendan.

The team’s attentions now turn to the provincial decider where they will face a St. Mary’s team that they have played and lost to already this year.

The girls will be fully focused on playing to their potential and performing on the day, while overturning the result of their previous meeting with the Midleton school.

The referee is John Murphy and extra time will be played if required.