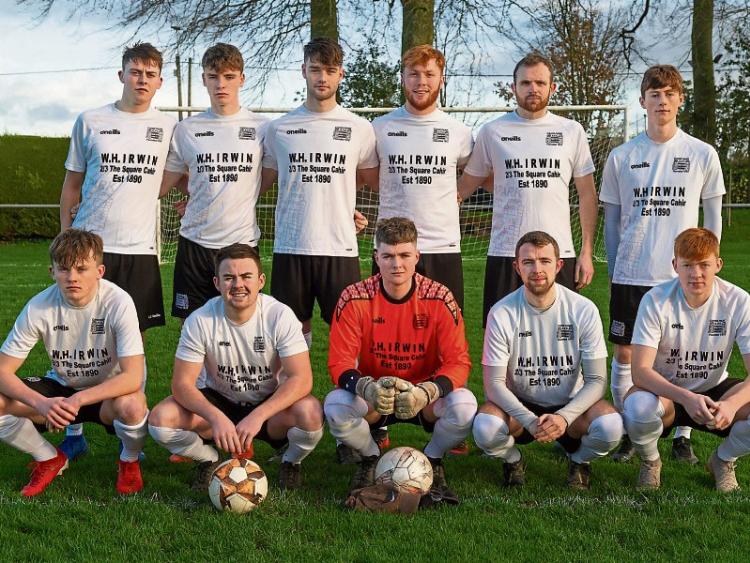 Cahir Park saved their best domestic performance of the season for an enthralling cup win over fellow Premier League side Clonmel Town in front of a large crowd on Sunday afternoon.

Dominant in the early stages the home side peppered the visitors goal with shots, and eventually forced the Town defence into conceding a penalty kick from where Alan O’Donnell opened the scoring in favour of the home side in the 21st  minute. But the lead was not to last too long, as eight minutes later a free kick into the Cahir Park goalmouth led to an almighty scramble and a home defender managed to put through his own goal to level the tie.

But ‘The Park’ kept pushing and four minutes before the break re-took the lead courtesy of a back post header by Shane Murray, and they took this advantage to the break.

The second half was more of the same with the home side creating the best of the chances, and they extended their lead two minutes before the hour mark courtesy of an own goal by Town.

But the Clonmel side were resilient and brought the game back to a single goal deficit 15 minutes from time when Evan Maguire rattled the net with a fantastic shot from the edge of the area.

That sparked a furious last quarter of an hour with both sides chasing goals. The hosts thought they had finally put the tie to bed five minutes from the end when Ross Condon got their fourth, but two minutes from the end Rhys O’Regan pulled a goal back for the Clonmel side. Alas it was too little too late and Cahir Park will go into the next round of the draw.

Peake Villa bounced back from their recent league defeat to earn a place in the last eight of this season’s Tipperary Cup with a big win over First Division side Old Bridge.

On a cold but bright day the game got off to a slow start with it taking a while for the home side to really get into their stride. They spurned a couple of half chances before ace hitman Pippy Carroll finally found the net on the half hour mark with a powerful shot into the bottom corner that gave the visiting keeper no chance of saving. They piled on the pressure afterwards and got a second five minutes before the break when Ronan Maguire ended up on the end of some nice flowing football to slam to the net and double his sides advantage.

The Thurles side  made it three in the 58thminute when Mick Ryan got on the end of a corner to score, and the game was over as a contest when Dale Loughnane scored in the top corner ten minutes later. The hosts added a fifth via an own goal minutes from time, but by then the tie had already been well and truly wrapped up.