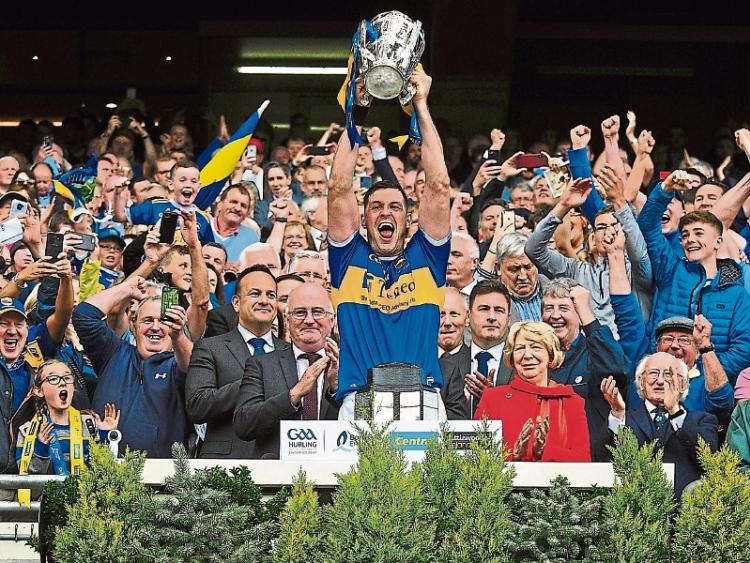 How will the coronavirus impact on Tipperary's bid to retain the Liam MacCarthy Cup?

After thirty years  of waiting Liverpool are having their Premiership coronation put on hold by the life and death business that is COVID-19. What would Bill Shankly have to say?

The name of the club’s greatest manager has been referenced by many a sports journalist in recent days for that famous quote he left us: "Some people believe football is a matter of life and death. I am very disappointed with that attitude. I can assure you it is much, much more important than that."

Of course it’s a nonsense statement but maybe we can be kind to the great Scotsman and say that he just over-egged things a bit in a rush-of-blood moment. If you needed to see the lie in the lines then look no further than the present pandemic sweeping the world.

That’s not to underplay the importance of sport in our lives. We’re a sports-mad nation after all, one that for the moment has to come to terms with life without our favourite distraction. Like the addict deprived of his fix we’ll face withdrawal symptoms. Adjusting won’t be easy.

I read a lot of sports journalism in any given week whether online or in hard-copy format. That ranges across all pursuits, though there are obvious likes and dislikes. With all activity now cancelled there’s a void to be filled, so it’s probably an opportune time to reflect on the role sport plays in our lives generally.

Here in Ireland we probably take in all for granted until it’s removed and then we realise the loss. In a county like Tipperary you’re just born into it and it becomes second nature. The GAA particularly has that umbilical attachment that keeps you forever aligned to a club and county. It becomes part of who you are.

Then there are certain times when you realise the strength of the bond. I recall as a student in Dublin in the seventies we’d gather around a radio late on Sunday night to listen to Sean Og O’Ceallachain. Now there’s a name that the younger generations will not have heard.

Sean Og read out all the weekend’s results from club games all over the country, so you listened for mention of your home parish and how they fared in whatever grade was played that week.

It was a different era with no mobiles or internet so people relied on programmes like Sean Og’s, which became legendary.

A few years later as West Tipp PRO I was ringing the same Sean Og every Sunday evening with the list of local results. We had no house phone so you got your coins ready and went to the nearest phone box and dialled RTE. Sean Og himself would answer - he obviously had no assistant - and he’d write down all the results you called out for his programme later.

The job of the sports journalist was very different back then. Just imagine how it operated for someone working for a daily newspaper back in the day. He’d watch, let’s say, a Munster championship game in Thurles. At the final whistle he’d immediately handwrite his report. Then it was a dash off to find a phone, try to get through on very busy lines and then call out the report for someone at the other end to write it all down. It was laborious, labour-intensive work with lots that could go wrong.

It reminds me of the story told by the late and loved Johnny Murphy of the then ‘Cork Examiner’. One day he covered a game in Thurles, wrote up his report and got to a phone to deliver his copy. Things were mostly running to plan. After many delays, however, he eventually got through to the ‘Examiner’ offices but it was his misfortune that the guy at the other end was a foreign student on work placement who had only limited English.

Anyway they struggled through for about half the report until Johnny came to a sentence beginning with the words ‘By then ..’ Before he could continue any further there came the reply ‘Bye then’ and the phone hung up.  I can only imagine Johnny’s reaction.

Anyway I digress from the main topic of sport and its role in our lives, especially the GAA. I guess it’s when people emigrate that the true attachment becomes apparent. If you’re suddenly in a large metropolis like London, New York or Boston the GAA becomes a very precious calling card. It becomes a badge of identity also for all the Irish overseas.

As a student I spent the summer of 1979 working in the States, first in Boston and then New York with Michael O’Brien, brother of the late Donal O’Brien, Tipp goalie in the All Ireland wins of 1964/65. Those were happy times where Michael looked out for me, flitting between work, Gaelic Park and the Riverdale Diner.

Meeting the expats, mostly the Tipperary ones, was an education in itself. You were immediately struck by their resourcefulness, their ability to work the American system – and their incredible attachment to the old country, usually expressed through the GAA.

Among the Tipperary group was Lattin native, Norbert Hennessy, who later pioneered the system of importing videos of the GAA games to be shown in pubs in the city every week. Later he was also associated with the Tony Keady affair in 1989, but that’s another story.

For one who had taken sport and the GAA for granted this was eye-opening. For these expats the GAA was an essential part of their being. It didn’t just give them entertainment and enjoyment – it gave them an identity, one that they really treasured.

So these days of lockdown and sport-free Sundays might please some but it will be a culture shock for others.  What the consequences will be for the championship only time will tell. With the Munster championship just over seven weeks away it seems highly unlikely that the provincial round robin series in Munster and Leinster will survive. Will a scaled back knock-out championship take their place later in the summer? Who knows? With the way this virus is progressing all bets are off at the moment.

There have been previous occasions when championships were disrupted but nothing on this scale. The foot-and-mouth year of 1941 is often recalled for its unique circumstances. On that occasion Tipperary was due to play Cork in a Munster semi-final but the Department of Agriculture issued an order prohibiting the game.

The Munster Council then nominated Cork to go forward to the All Ireland final where they beat Leinster nominees, Dublin. Later in the year, October 26 to be precise, Tipp played Cork in the delayed Munster decider (Cork beat Limerick in a rescheduled semi-final) where the Premier county pulled off a sensational victory.

Thus you have the anomaly from the year of Cork winning the All Ireland but Tipperary winning Munster.

Anyway despite its huge importance to our lives sport is a very poor second beside this life-threatening corona virus. It’s important to keep perspective, something which can at times be lost in the passionate world of sports rivalries.

Back in 1991 Tipperary was preparing for an All Ireland final against Kilkenny. There was a function in Langtons in Kilkenny the week before the match, which was the backdrop to this story told to me by a former County Board officer.

The event went very well but there was one local guy sitting at the bar all night and saying nothing. At the end of the night he came over to this Tipperary County Board officer, tapped him on the shoulder and said: ‘We’re playing ye in the final on Sunday and I’d prefer to have a death in the family than lose to ye’. With those parting words he turned and walked out.

Maybe Bill Shankly would agree, though I doubt it. Someone else described sport to me as an essential triviality. It’s as good a paradoxical phrase as any. Ultimately sport for all its life-enhancing qualities is a distraction from the more serious issues of life, a sort of sideshow to the bigger drama.

Right now that bigger drama has life-threatening consequences so sport must be sidelined. Keep safe.