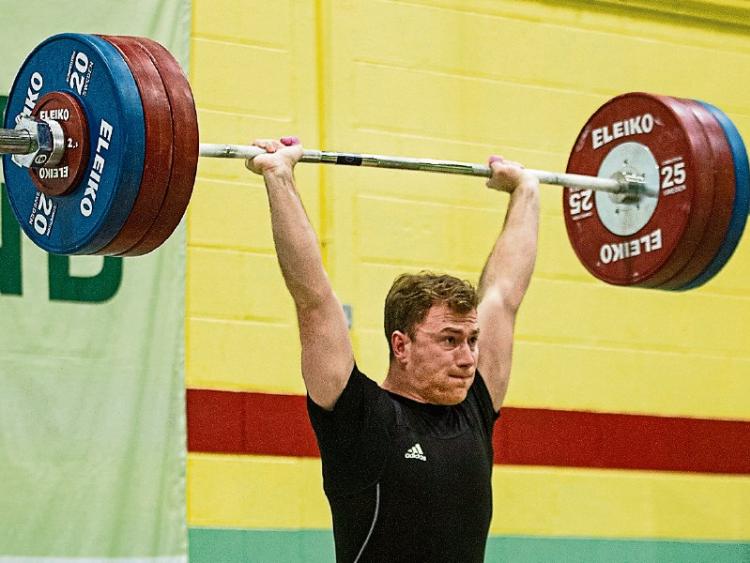 Luke Kelly from Clonmel was all set to compete for Ireland in the European weightlifting championships in Moscow on April 5, only for the event to be postponed because of the coronavirus crisis

A Clonmel weightlifter has been coming to terms with the cancellation of his trip to Moscow to compete for Ireland in the European championships.

Luke Kelly was scheduled to travel to the Russian capital on April 5, only for the event to be postponed because of the Covid-19 crisis.

“I put a lot of work into it, especially over Christmas which is the hardest time of the year to train, especially with the cold weather”.

Luke says he would be reluctant to compete in the championships if it’s rescheduled for later in the year.

“It wouldn’t be worth the risk of getting stuck in Russia for two weeks if one person became infected with the virus. Being quarantined in a room in Moscow wouldn’t be very appealing!"

Depending on the venue, he says he may even set his sights on competing in the world championships next year.

The Clonmel gym owner won a national title last month when he lifted over the qualifying total for the European championships in the event, which was held at the WIT campus in Waterford.

Luke, who set up the Elevate gym with his brother David four years ago, represented his country in the European championships held in Norway in 2016.

The son of Breda and John Kelly from Ard Gaoithe Drive, he won the national title for the first time in Dublin the same year.

Although the gym is temporarily closed to the public, he’s glad to have the opportunity to train there on his own.

“What I need to do is keep breaking Irish records and set the standard for the next generation”, he says.

“Who knows, in the future maybe I can be one of the coaches that helps them”.