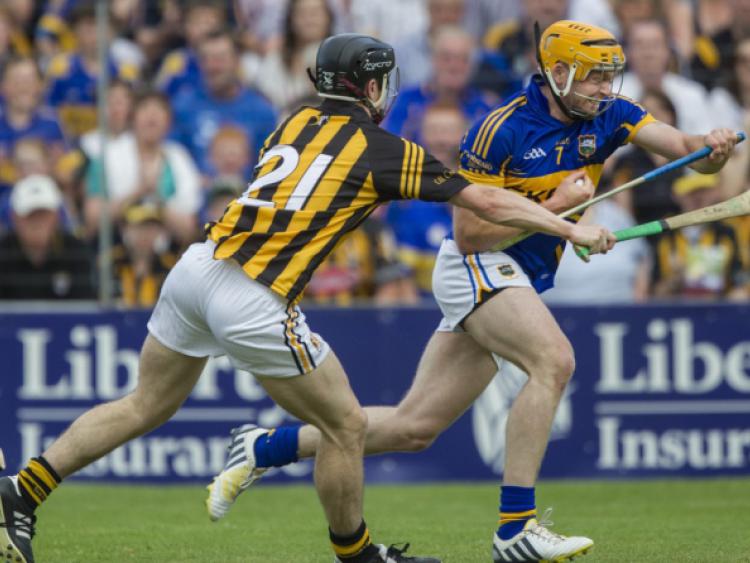 RTE sport will broadcast games on RTE 2 as well as on RTE Player to help while away the lock down period.

Tipperary will feature in a number of Classic sporting encounters to be broadcast by RTE in the coming weeks in a  bid to give viewers something to watch during the coronavirus pandemic.

The feast of throwback sporting action  across all disciplines is part of the broadcaster’s contingency plans to replace live action which has now been extended until the end of August, with games pencilled in for 9.30pm every Thursday night on RTÉ 2 for the next 20 weeks - RTE has pledged that these games will will continue to air until live sport resumes.

The ‘RTÉ Sport Classics’ series draws from across a range of codes, with GAA, soccer, rugby, and hockey all prominent.

The first game up this Thursday will be the 1995 All-Ireland Hurling Final between Clare and Offaly. Famous Republic of Ireland wins over France, Germany, the Netherlands, and Spain will be broadcast, while recent rugby Tests involving Ireland and Munster against New Zealand are included.

On Tuesdays, at 8pm, classic Champions League games will be featured, while every All-Ireland Hurling, Football, and Camogie final from the past decade will be available to stream on the RTÉ Player, starting on Friday.

RTÉ has promised to bring back The Sunday Game in the coming weeks, covering the best of the GAA archive across hurling, football, camogie and ladies football, while this June and July, viewers will get to relive Euro ’88 and Italia ’90 during specially appointed Sunday evening viewings - there will be a real slice of nostalgia about these games as viewers get to live the days of Jacks Army.

RTÉ's documentary archives will also get an airing, with 16 of them due to play in the coming months, including features on John Giles, Mick O'Dwyer, and Shane Lowry's Open win.

One of the most epic Munster Finals of all time with Waterford finally securing their seventh Munster title.

Ireland's women battle Italy and the elements as they completed their first-ever Six Nations Grand Slam.

A Euro qualifying double-header featuring a famous Don Givens hat-trick plus a win over the reigning world champions.

May 28: Soccer - Rep. of Ireland v France, 1981, and Wales v Rep. of Ireland, 2017  - A World Cup qualifying double - Platini's France beaten at a packed Lansdowne Road plus a winner-takes-all encounter in Cardiff.

June 4: Soccer - Republic of Ireland v Netherlands, 2001  - The most important international match in a generation saw Ireland take a major step towards the 2002 World Cup

Ireland earn their place in the World Cup Final with a dramatic shoot-out win.

Kilkenny win the four-in-a-row under the guidance of the legendary Brian Cody.

July 2: Rugby - Ireland v Australia, 2006 - Ireland are in imperious form as they secure back-to-back victories over southern hemisphere opposition for the first time.

July 9: GAA - Cork v Kilkenny, All-Ireland Camogie Final, 2017  - Cork beat Kilkenny in dramatic fashion in an All-Ireland that had everything. Cork moved past Dublin on the roll of honour with 27 titles.

July 23: Soccer - Qualifier: Republic of Ireland v Spain, 1989 - After a slow start in qualifying, this 1-0 win over Spain started a memorable run that led all the way to Italia ‘90.

August 20: Rugby - Munster v New Zealand, 2008 - The redeveloped Thomond Park is officially opened with a match to mark the 30-year anniversary of Munster's epic victory over the touring All Blacks

August 27: Soccer - Qualifier: Republic of Ireland v Bulgaria, 1987 - On the road to Euro ‘88, this win for Jack Charlton's Irish side over Bulgaria was heralded as Ireland’s best performance in years

Documentaries to play over the next few months:

The All Ireland Football Final 2010

The All Ireland Football Final 2011

The All Ireland Hurling Final 2012

The All Ireland Football Final 2012

The All Ireland Hurling Final 2013

The All Ireland Football Final 2013

The All Ireland Football Final 2014

The All Ireland Hurling Final 2015

The All Ireland Football Final 2015

The All Ireland Football Final 2016

The All Ireland Hurling Final 2017

The All Ireland Football Final 2017

The All Ireland Hurling Final 2018

The All Ireland Football Final 2018

The All Ireland Football Final 2019