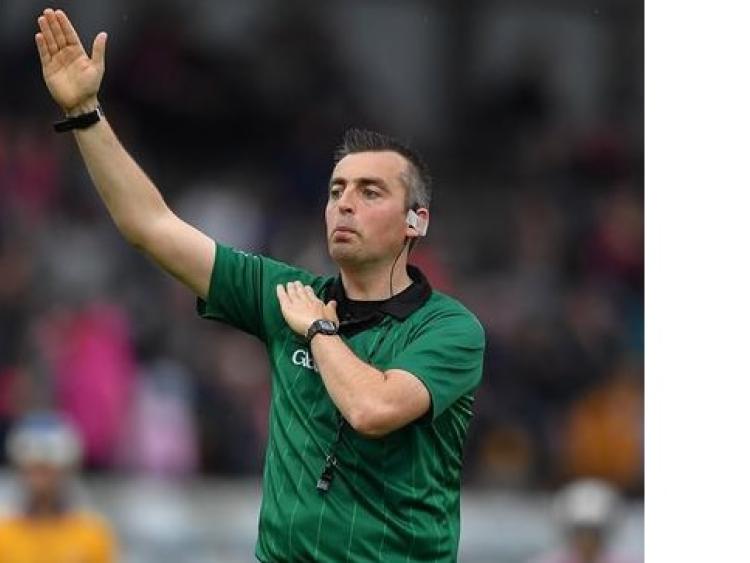 Under normal circumstances, a number of the referees gather together to train and of course the collective training is far easier than training on your own.

A lot has been said and written about the plight of sportspeople during the course of the Covid-19 restrictions - the sense of loss at not being able to train, play games, mix with colleagues etc.

Well, the same sense of loss is very evident also amongst the band of GAA refereeing brothers who had planned for a very busy spring and summer, but who are instead effectively redundant.

There are four Tipperary referees on the National Panel which is controlled and managed by Croke Park. And, Kevin Jordan, Fergal Horgan, Seanie Lonergan and Derek O'Mahony have been going through their training regime as though they were in the middle of the season, despite there being no prospect of a game for some time.

“We have been well looked after by Croke Park and Aidan Brady and Donal Smith have been sending us out programmes which we have to follow and work towards. There are nutrition plans and different types of running programmes. And, it is a very challenging programme overall because you have to be at your peak in order to meet the demands of a modern inter county game at National League or championship level,” Kevin told The Tipperary Star.

This season was supposed to have been his first on championship duty - he has served his apprenticeship for the last three years doing linesman and fourth official. But, this season, he was supposed to get his hands dirty in earnest as he anticipated actually getting to be the man in the middle for senior inter county championship games - he has already officiated at NHL games.

“It's disappointing the way it worked out but it cannot be helped and it will all sort itself out in time. For now, all we can do is follow our programmes and make sure that when the games do return, we are ready to referee. We are all mad for a game at this stage and I suppose everybody wants the championship. I put in a lot of work over the winter and even over Christmas I was training and watching what I ate and drank. I would have had very little alcohol and that seems like a long time ago now without any games in recent times. But, it is what it is and the challenge is just to be ready when the matches return,” Kevin said.

Just like a player, the referee needs a while to get up to speed with the game after a lay-off. And, no matter how hard a referee trains, match practice is vital and necessary, according to Kevin.
“You need to be refereeing games to get your eye in. And, it's not just the referee, it's the umpires as well. You act as one unit during the game and it takes them a while to get back into the swing of things too. They are your eyes and ears when you cannot see what is going on in one sector of the field, so they have to be on their game too, if the unit is to work well,” Kevin says.

Coming from a cross country background, stamina was never a major difficulty for the 41 year old who spent a fair degree of his hurling career between the sticks. And, he credits the fact that he played the game with helping to have an understanding of what players are trying to do in particular circumstances. This,being up with the play thanks to his fitness levels, and the input of his umpires and linesmen, ensure that the decisions made are made with the best available information. Players, managements and supporters can accept that mistakes are made as long as a referee is trying to do the right things and is up with the play - remember the game has gotten so fast these days that this is a real challenge.

“We are tested regularly for fitness and there is a different standard applied to the league and championship. If you do not meet the standard, you are off the panel - it's as simple as that. There is no messing about, so you have to ensure that you are doing the right things and eating the right foods if you want to meet the standard.

“For league games you must get 16.8 on the beep test which is a series of shuttle runs. That's hard going and then it is upped to 17.4 for the championship. If you don't achieve the standard, you won't be refereeing the games and there is no deviation from the standard - you either meet it or you don't,” Kevin said.

Under normal circumstances, a number of the referees gather together to train and of course the collective training is far easier than training on your own. But, these days, like all athletes, they are being forced to stay away from each other and this makes the grind that little bit more difficult. But it is a necessity and Kevin and his colleagues are well used to meeting challenges head-on. They will return to the field of play when regulations permit and they are determined to be as ready as they can be under the circumstances.

“We did a run of 11.2km last Saturday for Pieta House - that's what we cover in an average inter county game - and it was nice to be able to do that. Darkness Into Light has not been possible this year but we helped to raise some vital funds and we were delighted with the reaction to the gofundme initiative. It was great to have a focus and we just can't wait to get back on the field now,” he said.