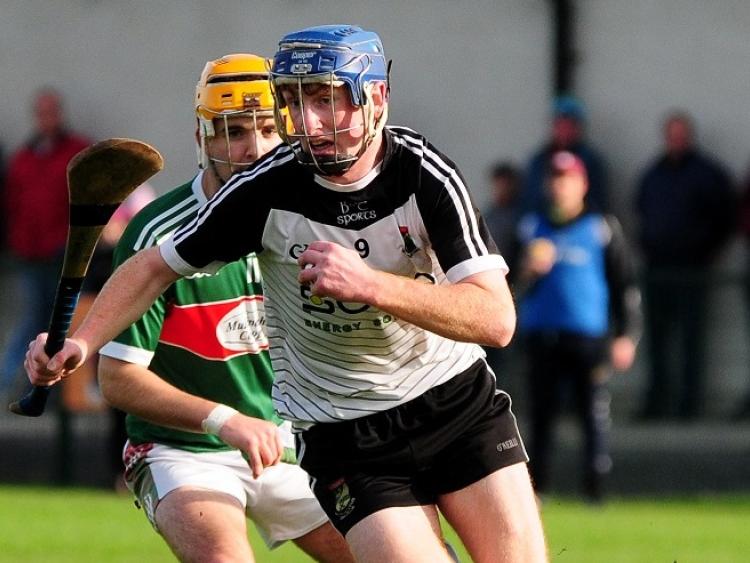 Éanna McBride starred for JK Bracken's against Kiladangan this evening

Loughmore Castleiney overcame the challenge of divisional rivals Moycarkey Borris at Semple Stadium this afternoon when they won out by 1-22 to 0-17.

Played in wet conditions throughout, it was the underdogs Moycarkey who started the better, racing into a 0-3 to 0-1 lead early on with points from Jack Morrissey and Kieran Morris (2 frees). Loughmore would soon get in to their stride and with Ciaran Connolly and John McGrath scoring two points each from open play, they led by 0-7 to 0-4 after 12 minutes.

However, Loughmore finished the half stronger and three points from John McGrath and one each from Conor and Tomas McGrath left the favourites in front by 0-12 to 0-8 at half-time.

Any hopes of a close finish to this encounter were put to bed in the five minutes leading up to the second half water-break as Loughmore pulled away. Two pointed frees from John McGrath were followed by a point from play by Conor McGrath. Soon afterwards, it was Conor McGrath once again who was involved, dispossessing Eoghan Hayes before passing to Tomas McGrath who in turn found substitute Joseph Nyland on the run. Under pressure, Nyland’s pin-point shot found the top corner of the net to give Rhys Shelly no chance in the Moycarkey-Borris goal and stretch Loughmore’s lead out to 1-17 to 0-12 at the end of the third quarter.

In the second game at Semple Stadium this evening JK Brackens and Kiladangan shared the spoils - 3-14 to 1-20.  Indeed, J K Brackens were denied a shock win over last year’s county senior hurling finalists, by a point six minutes into injury time at  in a thrilling opening round of this year’s campaign.

O Riain Cup winners last year, the newly promoted Templemore lads were reckoned to be a shade behind the opposition going into this game but, despite a slow start, which saw them fall six points to one behind after 8 minutes, they more than held their own subsequently and but for a great save by county custodian Barry Hogan  from Shane Doyle in the 48th minute could have had a fourth goal that would surely have sealed a win for them.

Two first half goals from Andrew Ormonde and Lyndon Fairbrother for Brackens and one for Dan O'Meara for Kiladangan left a half time scoreline of 1-11 to 2-6. Jordan Moloney struck the Mid side’s third goal in the 59th minute to level. And, with tension rising, Shane  Scully put Brackens ahead with a point. Paul Flynn was off target, as was Bryan McLoughney before McLoughney levelled from a free in the 66th minute, sharing the spoils after a fine contest.