Tipperary’s senior camogie championship started with no shocks, as champions Drom secured an away win in Clonoulty and recent seven-in-a-row winners Burgess/Duharra won in Cashel.

A revived Nenagh Eire Óg gave 2019 semi-finalists Annacarty side a real fright in Nenagh, with Silvermines proving too strong for newly- promoted Toomevara with a powerful second half performance.

Clonoulty will feel they underperformed against Drom and will hope for better results against Annacarty and Nenagh in a very competitive group.

In Junior A, Cahir  followed up their draw in Holycross with a comprehensive win in Cahir against Ballina. Ballina were the 2018 Minor A champions  but this Cahir side, who have regraded from intermediate now top this group as a result of the Moneygall v Holycross game being postponed due to Covid restrictions.

Boherlahan were six points adrift after 25 minutes against Fethard but two goals in 3 minutes before half-time brought them into the game. A final quarter hour flourish saw them win by six in a very tight game. 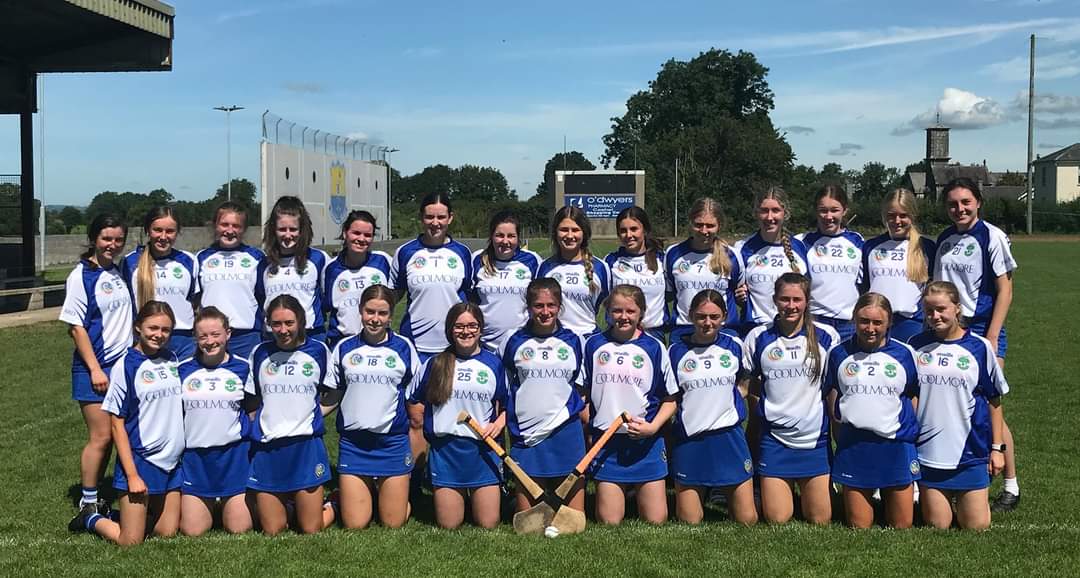 Above: The Fethard Junior A camogie team beaten by Boherlahan

Knockavilla were only one point clear of Drom at the second water break but moving Emer Heffernan further out the field paid dividends, with Knockavilla winning by six.

Big wins for Brian Boru and Moycarkey in the Junior B grade caught the eye, with Templemore also winning well in Carrick. Annacarty and Burgess/Duharra was a closer affair, with Annacarty emerging with the win.

Junior B championship – Round 1

Under 10 blitz groups have been sent to clubs. There are nine groups of four teams with blitzes set for the weekends of August 15,  August 29, September 12 and September 27. The hosting of the blitz will rotate among the group.

Under 8 blitzes are planned for the weekends of August 8, August 22, September 4 and September 18.

Each team in Under 8 and Under 10 should get three matches with matches running for 16 minutes, eight minutes per half.   Last weekend saw the start of the  U8 games  in several venues around the county , well done to all girls and mentors .

The U12 leagues are progressing well with games every week for the girls, with 44 teams involved from around the county; again for all results log onto the development Facebook page.