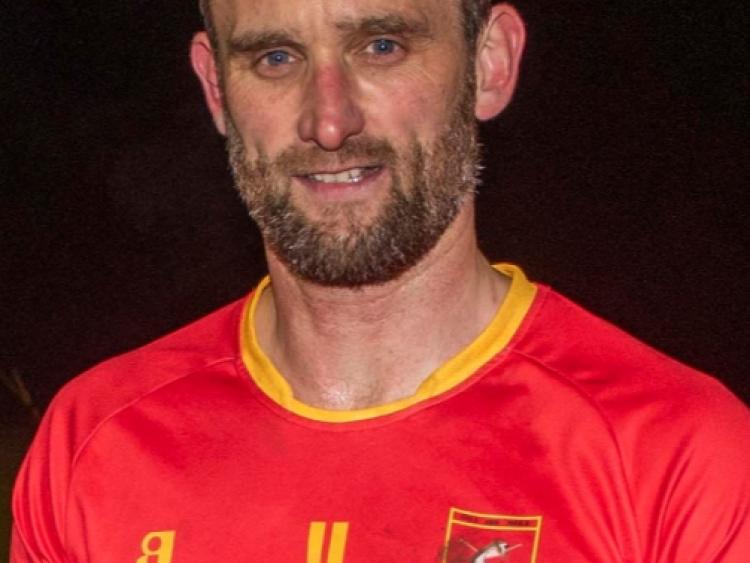 Killenaule and Ballingarry's latest engagement of the Battle of Slieveardagh found itself in the novel yet magnificent surroundings of Semple Stadium’s Field of Legends on Saturday evening for this Seamus O'Riain Cup county senior hurling championship tie.

The 200 or so attendees huddled sparsely in Seamus O’Riain’s stand were fraught with anticipation, as their teams' fate in the eponymous competition was soon to be revealed once the Cathedral clock struck seven.

After a tense and keenly contested first half, Killenaule proved to be the old dogs for the hard road, as they swept aside Ballingarry’s young side and cruised to victory, joining Carrick Swan, their conquerors of the previous weekend, in the quarter-finals.
The early exchanges were tight, as expected, with Dylan Walsh and Eoin Barry sharing the opening two scores through placed balls inside three minutes. Walsh pointed his second free of the evening two minutes later, which was quickly added to by Patrick Ivors who pointed from the narrowest of angles.

Killenaule mirrored that action with the next two passages of play through an Eoin Barry free and a great Paudie Feehan point from just under the Dr. Kinnane stand. Paidi Maher then pointed for Ballingarry, after Ian Ivors fashioned an opening. Killenaule edged ahead through another Eoin Barry free, and great points apiece Thomas Keaveney and Eoin O’Connell pushed the Robins’ lead out to four.

Conor Vaughan responded for Ballingarry with an excellent point, which was subsequently cancelled out by long Ciarán O’Dwyer free. Dylan Walsh and his old sparring partner Eoin Barry tagged on a free each just before Kieran Delaney’s half-time whistle, when the score was Killenaule 0-10 Ballingarry 0-7.

On the resumption, Killenaule took this game by the scruff of its neck and outscored their neighbours 1-11 to 0-1 in the second half; the wily Declan Fanning providing the blueprint, releasing his lieutenants with clever passes, soaring high for catches and winning possession through frantic tackling.

Eoin Barry carried on as he left off, rattling over another free and the hugely impressive Ciarán O’Dwyer set the tone for the rest of the game, pouncing on a poor puck-out and scoring a great point at full pace. Three more Eoin Barry points arrived in as many minutes, which was immediately followed by a goal chance from Eoin Shaw that whizzed past the far post .
Killenaule were relentless from then on. The bustling brawn of Tom Keaveney and the deft touches of Michael Doyle ensured the game would be played on Killenaule’s terms, shoring up any Ballingarry venture forward as the Ballingarry youngsters were overwhlemed.

Full forward Eoin Shaw, deputising for the injured Kieran Bergin, posed a threat throughout and was on hand to lay off to
substitute Gus Browne, who duly buried a rasping shot passed David Walsh into the Town End’s ‘scoring goal’. Barry converted another pair of successive frees, post water-break, and a stunning Ciarán O’Dwyer line ball split the uprights in a moment of sheer quality that seemed to underpin the gulf in class between the sides.
A brief second half foray upfield for Ballingarry yielded a free, which Dylan Walsh dispatched, to at least make sure the second half wasn’t a shut-out, but a Michael Ivors dismissal with thirteen minutes remaining bore all the hallmarks of a beaten side. Eoin Barry continued his remarkable free-taking sequence and sent over two more, either side of an Eoin Shaw point from play. Shaw was the beneficiary of a great Mark Stakelum pass, who in turn got his own name on the scoreboard at the
final whistle, pointing high into the night sky.

Ballingarry now join St. Mary's, Sean Treacys and Kiladangan in the battle to avoid the drop down to intermediate. They will have two chances to avoid relegation, but it remains to be seen how damaging this defeat will be.

Killenaule on the other hand really shook off the disappointment of their Round 2 defeat to Carrick Swan and buoyed by this impressive showing, coupled with the prospect of returning key players, will enter next week’s draw not fearing any of the other three group winners.