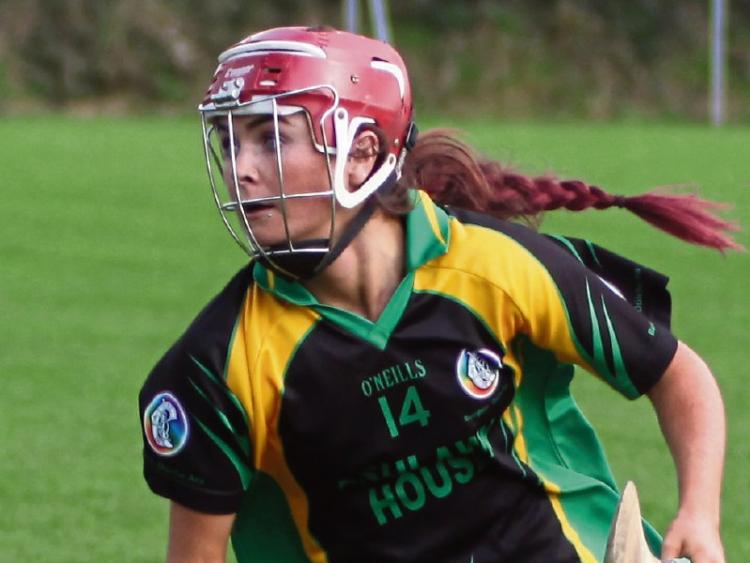 Drom-Inch maintained their 100% record with two wins from two in group 1 of the county senior camogie championship after a comprehensive victory at home to Nenagh.

Nenagh started the better and led at the water break 1.1 to 2 points after Caroline Browne found the back of the net.

The county champions were in lethal form for the next 15 minutes, outscoring the opposition by 1-6 to a point to give them a 6- point lead at the halfway mark.

The goal, a brilliant strike by Eimear McGrath, was followed by a superb individual score from Joanne Ryan.

Nenagh will rue some missed opportunities, especially from placed balls including a penalty just before the half-time whistle which was saved by Caoimhe Bourke in the Drom-Inch goal.

A second-half goal from Miriam Campion 5 minutes from the re-start put the result in no doubt, as Drom-Inch dominated proceedings to run out 3.18 to 2.4 winners against a battling Nenagh side who fought to the bitter end.

In the other group 1 clash Clonoulty bounced back from their first round defeat to Drom-Inch with an impressive result against Annacarty.

Annacarty had the upper hand when these sides met in the group stages 12 months ago but this time goals from Eimear Bourke, Cait Devane and Casey Hennessy meant Clonoulty had 7 points to spare. With all 4 teams through to the quarter-final, the final group games will determine where each team finishes in the group and who they will face in the opposite group in the quarter-final.

All four teams will also be looking for an improved performance and a win heading into the knockout stages.

The final group games take place this Friday August 21 at 7pm, with Annacarty at home to Drom-Inch and Nenagh welcoming Clonoulty to North Tipp.

Burgess/Duharra showed why they are serious championship contenders with a massive winning margin over 2019 county intermediate champions Toomevara in group 2 of the county senior camogie championship.

Toomevara, who are without some key players from the side that won the intermediate county final last year, had no answer for Burgess/Duharra’s firepower up front with Amy Kennedy (2), Ciardha Maher (2) and Jenny Grace (1) all getting in for goals.

In the other Group 2 clash Cashel, who took a lot of positives from their first round defeat to Burgess/Duharra, travelled to Silvermines and after an enthralling battle came away with a hard earned 5-point victory.

The final group games this Friday evening August 21 see Silvermines welcome Burgess/Duharra and Cashel travel to Toomevara, with a throw–in time of 7pm for both games.

In the only game in group 1 of the Junior A championship Ballina recorded a good win over Holycross, raising four green flags.

The result throws the group wide open after Ballina had suffered a heavy first round defeat to Cahir, while Cahir and Holycross couldn’t be separated when they met.

In group 2 Boherlahan maintained their winning ways with a 3-point win over Knockavilla, 1-8 to 1-5.

The second game in Group 2 was the clash of Fethard and Drom-Inch. The game was on a knife edge, with both sides 1-10 apiece with 5 minutes remaining. Drom finished strongly with 3 unanswered points from Niamh Ryan, Katie Bourke and Kate Fogarty to seal the win.

Sunday week will decide the outcome of the group, with Drom-Inch at home to Boherlahan and Fethard travelling to take on Knockavilla.

In the only game of the Intermediate championship played last weekend Thurles Sarsfields, many people’s favourites to progress to senior next year, were too strong for Newport, blitzing them for 5 goals in a 5-19 to 1-8 victory.

The goals came from Karen Bohan, Sarah Stakelum, Karen Kennedy and two from Roisin Corbett. Thurles have amassed a massive 7-35 in their opening two group games and are certainly a force to be reckoned with in this competition.