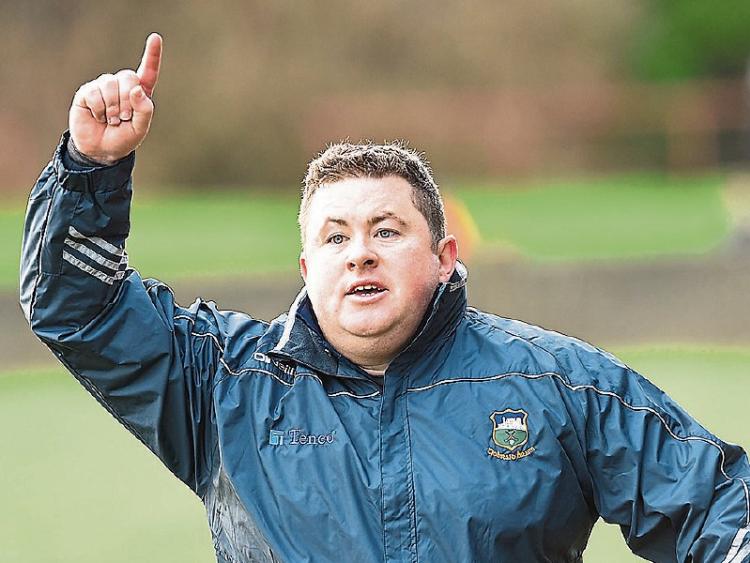 Tipperary senior football manager David Power is “flabbergasted” that GAA team managements and players haven’t been tested regularly for Covid-19, saying that such tests should be carried out every week or fortnight to ensure they are safe.

Speaking ahead of the resumption of the National Football League this weekend, he says that inter-county panels are “absolutely delighted” to have returned training.

He says sport is very important in Ireland and it will help keep people going during what he described as “a very strange year, and a long winter.”

However he stated that “the players and management deserve a safe environment and the GAA should be doing a lot more to protect people,” adding that the current situation is “a bit daunting and weird.”

He said that in the last week some of the Tipp players have been tested for Covid-19, as have people close to them.

“Luckily  all those tests came back negative. We all have jobs and families to go home to, I have a six-month-old baby.

“We have fellows coming from Dublin, Cork and Limerick, from all over the place.

“We’re not professionals, unlike soccer players who can go  into their own little bubble. However the other side of it is that it’s great to be back.”

Tipp head into this Sunday’s game against Offaly at Semple Stadium (2pm) in need of points to help them stave off the threat of relegation from division three.

“If we lose against Offaly we’ll be under pressure going up to Leitrim the following Sunday (their final league game),” says the Kilsheelan/Kilcash club man.

“But at least it’s in our own hands, we’re not depending on any other results. If we win both games we’ll be safe.

“If we could get two positive results it would set us up nicely for the Clare game (in the Munster championship quarter-final in Thurles on November 1).”

There has been much speculation about whether former player Colin O’Riordan will feature with Tipperary this season.

The JK Brackens clubman, who plays Australian Rules football with Sydney Swans, is at home on an off-season break and his return would be a major boost for the panel.

“Colin has been training with us, that is really it at the minute,” says David Power.

“He won’t be featuring at this moment in time, that is the position. But it’s great to have a professional athlete involved in training, especially for the younger players in the panel. That can only be a good thing.”

Since resuming training last month Tipp have beaten Wicklow, as well as Laois (0-21 to 1-14) and lost to Meath by a couple of points in challenge games.

They were understrength against Meath, but David Power says if they can bring the performances from those three challenges into the next couple of Sundays he’ll be very happy.

He also said it was great to get game time for players including Steven O’Brien, Philip Austin and Kevin O’Halloran, who hadn’t played club football over the summer.

Sunday’s match, like all non-televised Allianz league games, will be streamed live on the GAA’s GAAGO service. Pay-per-game access is priced at €5, with county boards facilitating a free access scheme for hospitals and care homes.