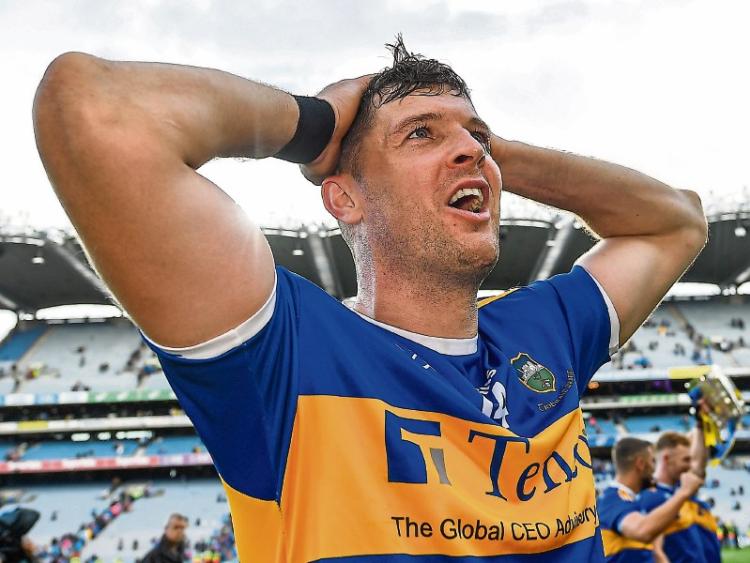 The standard of the inter-county senior hurling championship is improving year on year, and teams that don’t raise the bar accordingly will be left behind.

“You’ve seen that over the last two years in the hurling championship, it’s just got better and better every year.

“If we don’t move with it we’ll be left behind as well, the same as anyone else. As far as I’m concerned we’re all on a level playing field now and we’re all in the hunting pack.”

“I think the (Tipperary) players are experienced enough to know that what was good enough last year to win an All-Ireland final is definitely not going to be good enough this year as well.

“We’re seasoned enough players to know that, and young players are really smart and really intelligent that they won’t get carried away with anything that happened last year either.

“(You have) the different dynamics of the winter hurling as well now. No crowds and all that, that’s all going to play a part. It’s the team that can adapt to all that better ...there’s no team that has an advantage at the moment.

“Different teams will manage it differently, and whoever can manage it best will probably have the best chance of coming out of it.

“It is a different challenge. Obviously Liam (Sheedy, Tipp manager) expects huge workrate and different things like that and that’s what we expect of ourselves as well. We know we have to go up the levels to be competitive this year.”

Of course these are GAA senior championships like no other, with the spectre of Covid-19 hovering over all and sundry.

“Obviously everyone is doing their very best and I‘m very happy that the Tipperary set-up has taken every precaution possible and are taking all the precautions to make sure that it’s all done safely”, says  Seamus Callanan.

“That’s the most important part of it because we all love playing sport but you really… sport takes a back seat when something as serious as this is going on across the country.

“We’re happy to play it once it can be done in a safe manner but we’re taking every precaution, obviously, to make sure that we don’t get it (Covid), that there’s no chance that we could spread it. Once everyone is healthy and everyone’s happy, we’re happy to go ahead with it but look, it’s something to look forward to.

Has he a sense that the country is looking for a distraction?

“I know, obviously, the safety of the players and everyone around is by far the most important thing and outweighs any hurling match.

“But, at the same time, I think it’s great that people have something to look forward to as well. We’re looking into the next six weeks now where we’re at  Level 5 (restrictions) and it’s nice, even if I wasn’t playing myself, to even have a match this weekend.

“There’s a lot of different sports on, with soccer and everything like that, so I think it’s great to have the games on. It’s a conversation-starter during the week and hopefully will keep us going through this, and maybe cheer up some spirits around the place.”

Neither is Covid-19  too far from the Tipperary captain’s mind in his day job with Drangan-based Clancy Construction.

“We’re deemed essential so it’s been fine for us. We’re doing a lot of work for the HSE at the moment, building units for Covid.

“It’s been good in a work sense. I’ve been able to keep working and haven’t been off, so that’s good for the mind as well. During the day you can focus on work, and then you have your sport at night time. I’ve been fortunate in that regard.” 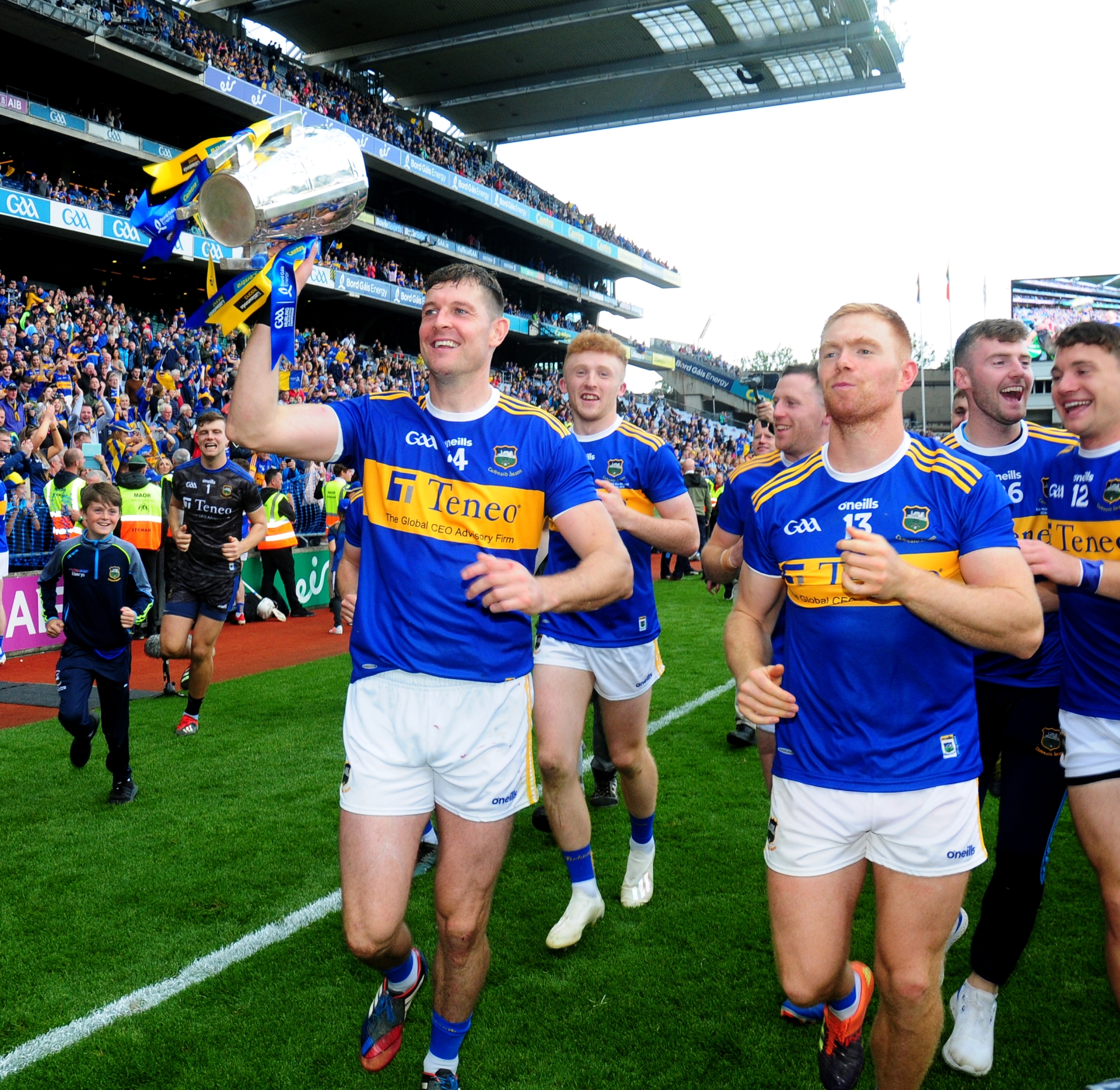 Above: Tipperary captain Seamus Callanan leads his team mates on a lap of honour after last year’s All-Ireland final victory over Kilkenny

Its uniqueness means that this championship will pose a very different set of challenges. But Seamus Callanan isn’t fazed by that, not  even by the unusual prospect of representing his county in the championship in matches played at venues without supporters.

He doesn’t think the players will find it hard to motivate themselves in this scenario.

“At the end of the day your medal is going to be the same. Whether it’s a 2020 medal, it will mean the same, so your motivation comes from within as well and from the people around you, and wanting to do the best you can for Tipperary.

“So that will always be there, and if it’s not there you’re in the wrong place.”

He admits that it’s “probably a little bit more difficult playing hurling under lights than it is football.

“Whether it be a (yellow) sliotar, the lights, no crowd, whatever it is, you have to have yourself in a good headspace to deal with all those things.

“That is something that you would be working on leading up to the current championship. So there’s nothing going to happen in the Munster semi-final that’s going to be new to you. You’re going to have prepared for all those things.

“They’re strange times, there’s nothing normal about it.

“Whoever adapts the best to it, and whoever can try and control the controllables, is all you can do.”

Now 32 years of age, the Tipp captain is “still loving every second” of his career.

“We’re fortunate to be able to bring a bit of joy to people over the next few weeks. It won’t make up for a lot of things that are going on, but hopefully it’s something that can contribute to a bit of positivity around the place.”