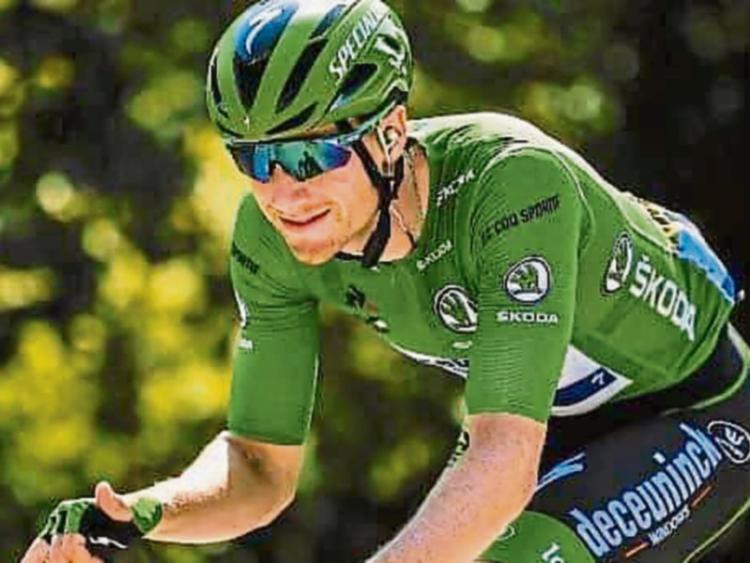 Joy turned to disappointment for Tipperary cyclist Sam Bennett in yesterday’s stage of the Vuelta a Espana.

Despite crossing the finish line first, he was placed last after he was found guilty of irregular sprinting.

The Deceuninck-Quickstep rider appeared to claim victory after surging past German Pascal Ackermann (Bora-Hansgrohe) for what would have been his ninth Grand Tour stage success, following an earlier win in this year's race to add to his two in the Tour de France, a pair of wins in last year's Vuelta, and three in the previous year's Giro d'Italia.

However his sprint was deemed irregular and he was relegated, following analysis of an incident where he made contact with Emils Liepins (Trek-Segafredo).

The Carrick-on-Suir cyclist, the winner of the points classification in last month’s Tour de France, will be hoping for better luck in today’s tenth stage from Castro Urdiales to Suances, which will cover 185 kilometres.