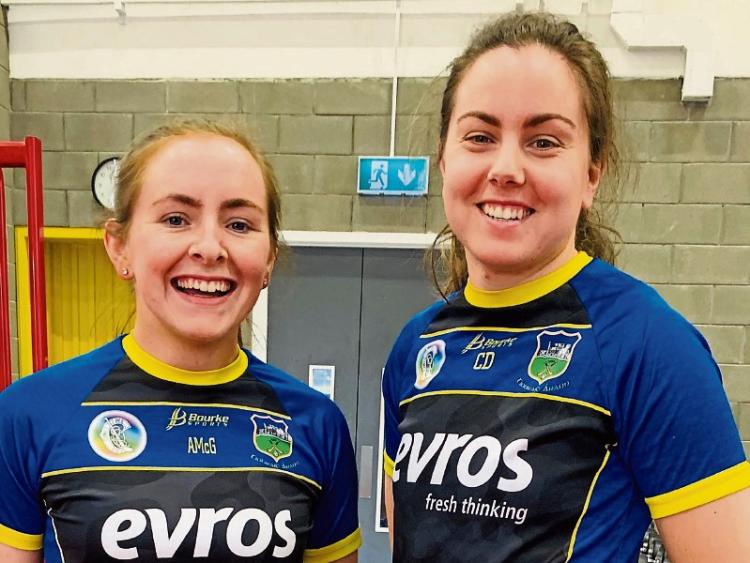 Cáit Devane and Aoife McGrath, joint captains of the Tipperary team, discuss their prospects in tomorrow’s Littlewoods Ireland All-Ireland senior camogie championship semi-final at Páirc Uí Chaoimh (2.15), a match that will be shown live on RTE 2 and on the RTE Player

Q – Do you think the experience gained and hunger to reach the final will make the difference this year?

A – We are delighted to be back in the semi-finals again this year after making progress last year. At a minimum every year you want to be getting back to where you were last year and then look to progress further.

We hope the experience gained over the last few years will stand to us on Saturday. We know Galway are an exceptional team, the reigning All-Ireland champions but we are looking forward to the challenge that they will bring.

You beat Galway in the league, knocking out the All-Ireland champions, and qualified for the Littlewoods Ireland National League final. Have you learned about Galway's players and style of play from this?

Galway are a quality side and have been for the past number of years and were deservedly crowned All-Ireland champions last year. We played them during the league and beat them by a point to qualify for a league final for the first time in a good number of years.

Going to Galway back in March, we knew we’d be in for a battle that day and we thankfully managed to get over the line by a point. I think getting that win, over one of the top three teams in a knockout match, while it was only the league, was a massive confidence boost.

But I suppose you have to remember that that was a long time ago now and both sides were missing different players on the day, I know Galway were without their Sarsfields contingent. As I said before, they are deservedly reigning All-Ireland champions, so we’re under no illusions going into Saturday about the task ahead of us.

You must have been gutted to miss out on the opportunity to play the National League final in Croke Park scheduled for April. Should that final have been cancelled, and are Tipperary in a better place this year than in 2019 and 2018?

It was very disappointing. The majority of the panel have never been involved in a national final at adult level so to have finally managed that back in March, after coming out on top of a very tough and hard-fought battle with Galway, was fantastic and gave the whole panel a massive confidence boost.

Then with Covid-19, the Camogie Association made a tough call in cancelling the league, and look I won’t lie we were obviously very disappointed that we didn’t get the opportunity to play it but given the circumstances with Covid, in the grand scheme of things, missing out on the league final is a very minor disappointment.

How did you find playing the club championships first this year, especially with Drom playing Clonoulty in the senior county final?

Cáit -  having the club champioship played during the summer months was fantastic. In fairness to the county management, they left the players alone to fully commit to their clubs. For the first time in a long time players got the chance to focus solely on their respective clubs and I found this very refreshing.

I really enjoyed the club year, unfortunately we fell short to a very strong Drom and Inch team in the final but I think it was still a really positive year for Clonoulty Rossmore.

We are making strides each year, developing younger players and building a really great club culture. Allowing clubs full access to county players for both the men’s and women’s games is vital going forward. You got to see first hand during the summer  the positive impact it had on the club championships.

Aoife - It was fantastic. I think everyone was just so delighted and relieved to be able to get out on the field again after lockdown, which made it really enjoyable. I suppose the last few years, when we’ve been training with the county, you don’t really get the same amount of time to focus on the club.

This year getting to focus on the club beforehand was really nice, it’s fantastic playing with Tipp and representing your county, but there is that something extra special about playing with your club – you’re playing with family, friends, neighbours that you’ve grown up with and played with all your life, so getting to focus 100% on the club this year beforehand was fantastic, and winning the county final for a second year in-a-row definitely made it even better. 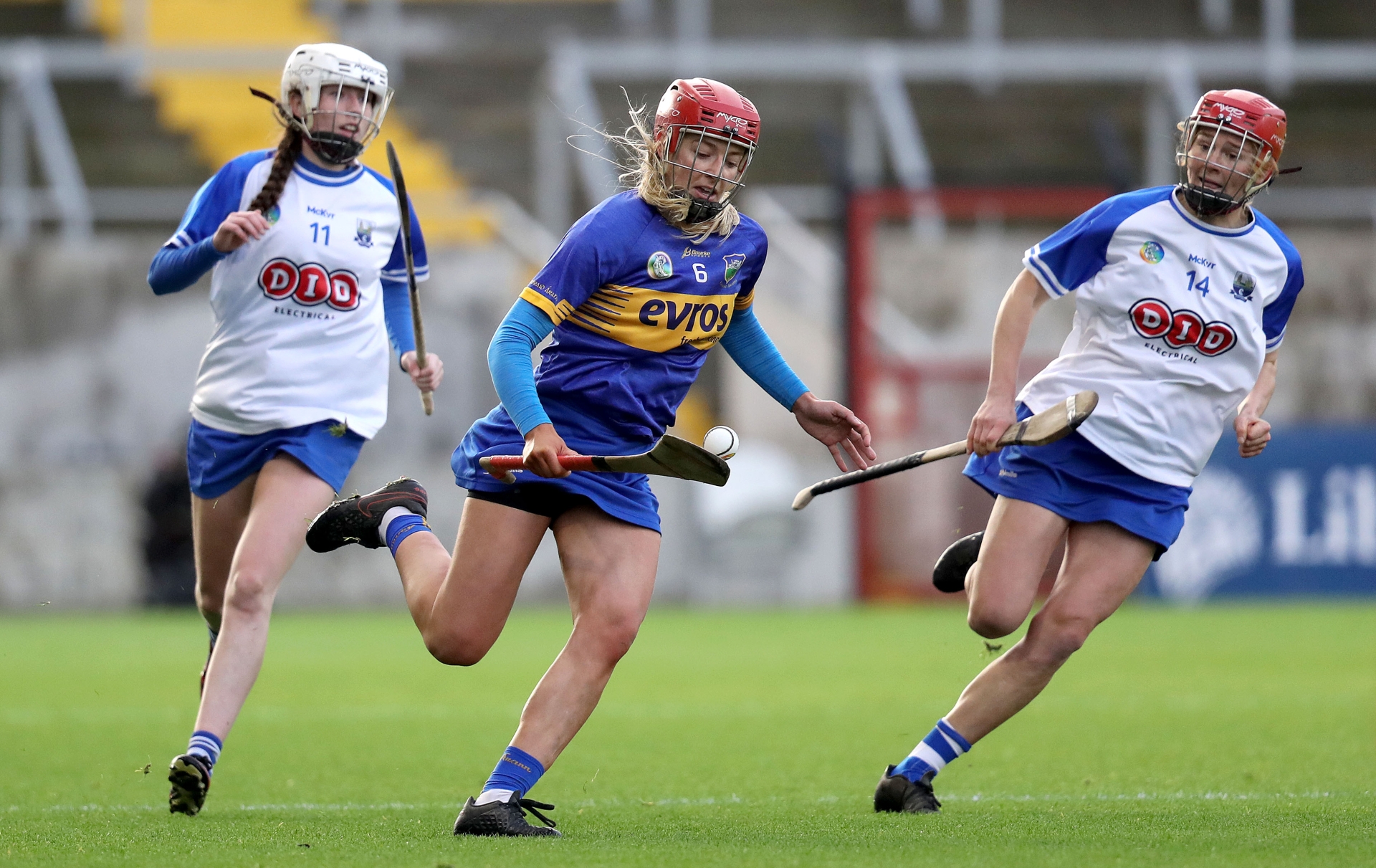 Above: Karen Kennedy, seen here in action in the quarter-final win over Waterford, will have a key role to play for Tipperary in this Saturday's All-Ireland championship semi-final against Galway

Tipperary won All-Ireland Minor A titles in 2011 and 2016, has it been difficult to challenge the top three of Cork, Kilkenny and Galway?

Have you any recommendations on school's camogie, underage club camogie and county development squads to help Tipp reach the highest level?

I’d always encourage young players to do two things. Firstly, I’d say practice as much as you can, have your hurley in hand as often as possible and work on improving all your skills in any way you can, there’s always room for improvement.

Secondly, I’d say enjoy it. Sport is a wonderful thing to be involved in, with so many benefits. So I’d always say put in the hard work but enjoy the benefits it brings also.

Having the schools in the county competing at the highest level possible will drive standards within the county also. There is great work being done up and down the county with schools teams. which is evident in recent years having schools competing for provincial and All-Ireland titles.

What has driven you on to play camogie at the top intercounty level? Family and home support and interest, enjoying the game, the challenge, part of winning Tipp underage team, what else?

Cáit - Playing for Tipperary has always been a dream of mine since I was a small girl. Having grown up in a GAA mad house I was tagging along to training sessions and matches since I could walk. The enjoyment and friendships gained from being a part of a team sport is something very special.

I know I am very fortunate to be able to represent Tipperary at such a high level and it is a massive honour for me, my family and my club Clonoulty Rossmore to be joint captain this year. Every time you get the chance to put on the blue and gold it should be cherished.

Aoife - I think anyone who plays camogie, hurling or football as a child dreams of playing with and representing their county at the highest level, and thankfully I’ve been fortunate enough to do so.

Family has been a key part of it for me. Luckily I come from a big sporting family and I’ve been immersed in sport all my life. My parents would have always encouraged us to get involved in sport and supported us in any way they could. Naturally with sport, it can give you some of the best days but also brings it can also bring tough times and my family has always been by my side.

How have your preparations gone regards training during lockdown?

Training during lockdown was definitely very different and quite tough. I suppose playing a team sport like camogie, we’re used to having scheduled team training and suddenly we were all forced into training away on own our at home.

When you’re at training, you’re used to having the player next to you to push you and likewise you push them but suddenly you didn’t have that anymore so that was tough to adjust to.

Also, not really knowing what lay ahead, would we have games, would we not, made it hard at times to motivate yourself but to be fair to the management they gave you great guidance and encouragement throughout.

Also, to be fair all the players came back in good form after the club championship, so that was great to see.