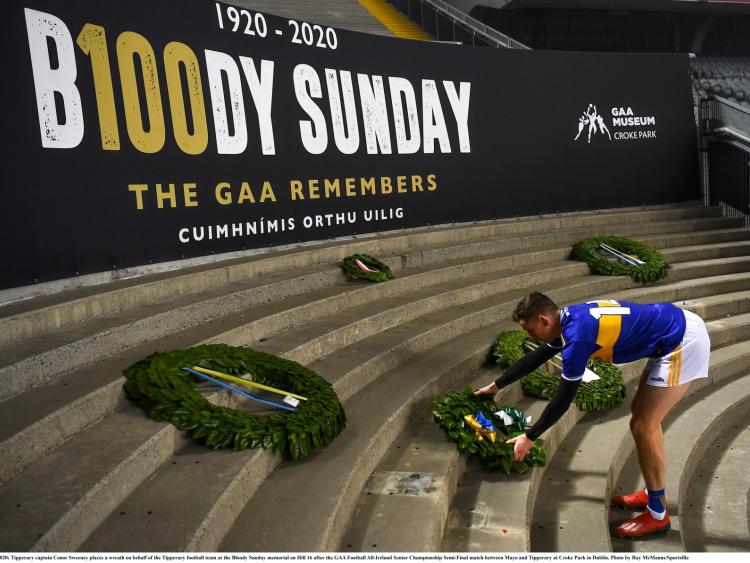 It would be very easy to cast a scornful eye in the rear view mirror and shout good riddance to the sporting season that was 2020.

But, perhaps to paraphrase a lyric from the band Oasis, we should not look back in anger. Because, afterall, despite the massive challenges which presented in the form of Covid-19, there was still a fair degree of sport played; great games, battles and contests; history made; chances lost; new chapters written; and innovation after innovation to bring the games to the masses.

This was the year of the no crowds; no backdoors; no presentation of cups. But, it was also the year of tremendous fare in both hurling and football on the domestic scene; unprecedented and unbridled joy for the Tipperary senior footballers on the provincial scene; and masterful showings from Limerick and Dublin in their All-Ireland glories on the national scene.
This was also the year when the GAA was dragged kicking and screaming into a new era - an era where club games are now being streamed live and available to everyone inside and outside the county - would that have emerged had it not been for Covid19? Not for a long time.

Aside from the challenges faced, the mountains climbed and the lengths people went to, to just see the games, there were the enormous efforts on the part of clubs to get their teams on the pitch. Covid officers were appointed; details for contact tracing taken at each event; logs of personnel in attendance taken; hand sanitising before and after training and games; and every possible effort was made to keep people safe, but still participating in the games. 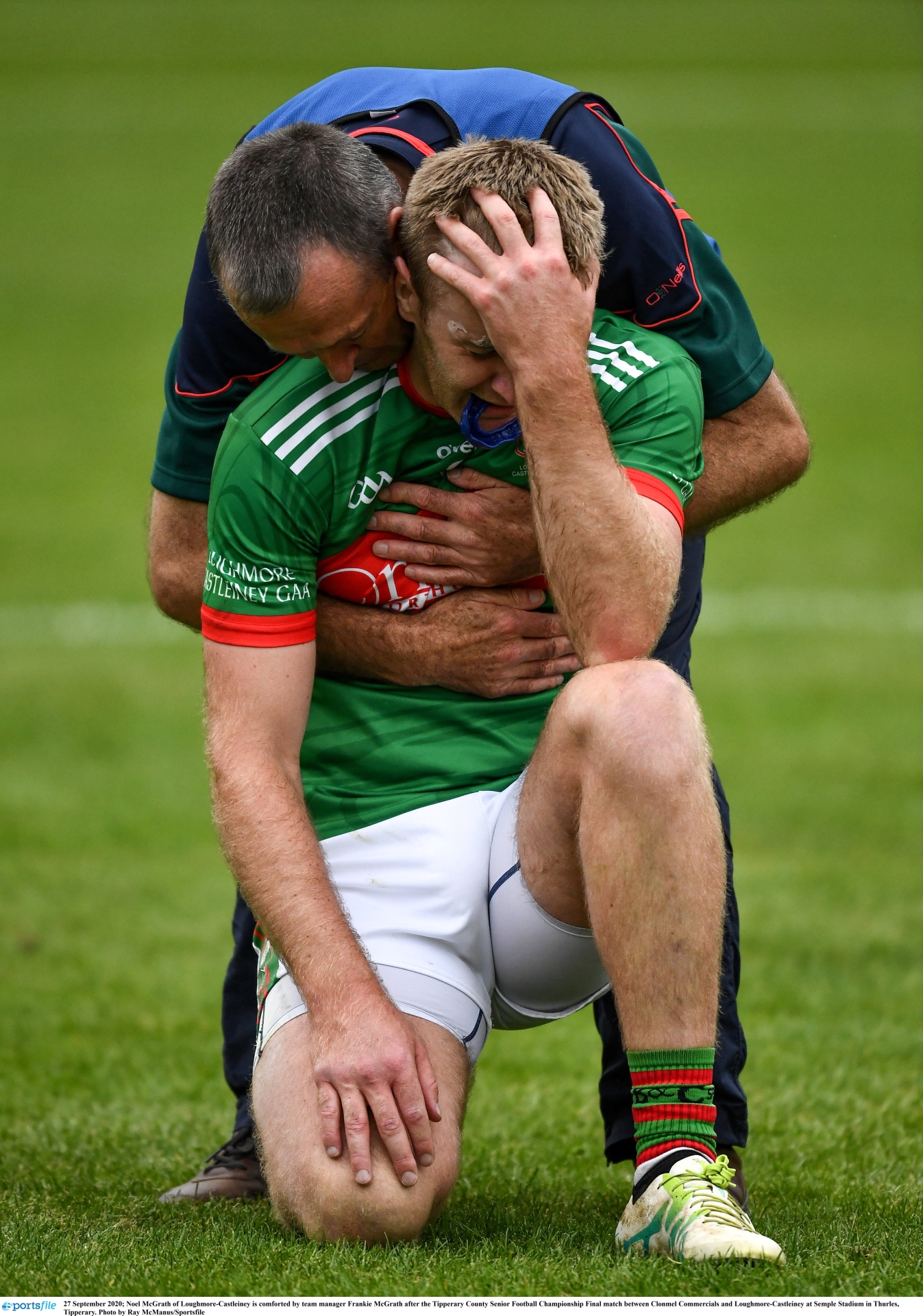 Noel McGrath is comforted by his uncle Frankie, Manager of the Loughmore Castleiney team, after the county senior football final defeat to Clonmel Commercials - the clubs second final defeat in a week having fallen to Kildangan in the hurling also.

It was a GAA reaction to a global problem - the GAA community rose to the challenge, met it head-on and found ways to continue to bring great games, joy, talking-points and conversation to its people.

And what joy too. Kildangan finally made the breakthough in the Tipperary senior hurling championship and what a way to do it - with the second last puck of the ball robbing the Dan Breen Cup from under the noses of Loughmore Castleiney. You jus had to feel for them when a week later they lost the football final in similar heartbreaking fashion. They will remember the year for the wrong reasons, but should still take solace in a magnificent season.

Masterful Dublin and Limerick seem to be on a different planet in terms of inter county football and hurling - granted the Limerick lads have a bit to go before they can be considered in the same bracket as Dublin, but one would have to admit that they are in a very good place right now.

Then, we had the Tipperary footballers and the Bloody Sunday commemorations. What a way to honour the men of 100 years ago by winning the Munster senior football title - and in such style too. There were many memorable moments from the campaign - Conor Sweeney lifting the silverware in an empty Páirc Uí Chaoimh being one.

But, perhaps the most poignant moment of all was when he led his men to Hill 16 to lay a wreath after the All-Ireland semi-final against Mayo.
Tipp were beaten but unbowed - Michael Hogan and his men would have been so proud.