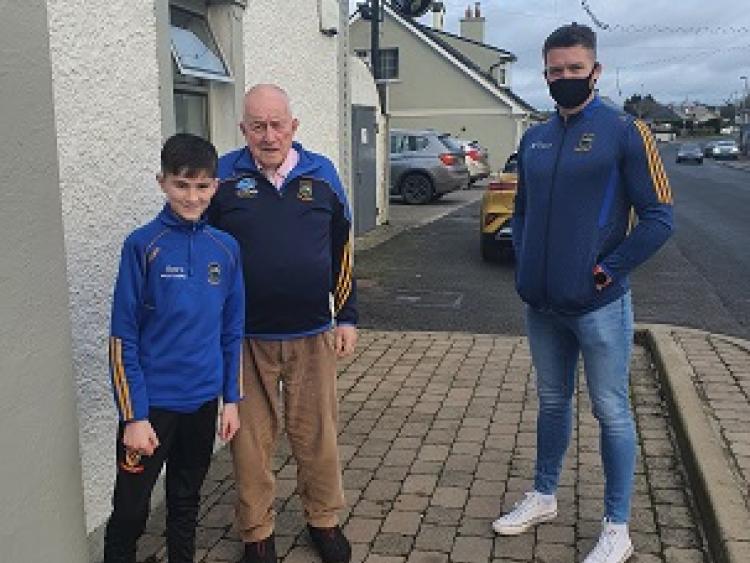 The addition of two members in particular to the Tipperary senior hurling training panel seems to suggest one thing - Liam Sheedy and his backroom team have identified a deficit in one particular department in their charges, and are determined to rectify it.

Roscrea's Alan Tynan and Thurles Sarsfields' Billy McCarthy are both ball winning and line breaking forwards who ask very different type of questions when compared to many of the current Tipp attackers. Tynan and McCarthy have been drafted into the training squad and let's face it, they are not being asked in because of their good looks.

It was glaringly obvious during the 2020 campaign that Tipperary were finding it very hard to win primary possession, especially in the air, in the half forward line. The result was that the inside line was being starved of possession, and the defensive unit was coming under real pressure with the ball coming back at them as quickly as it would off a ball wall.

So, Tipperary were forced to play out through the lines and considering the kind of conditions they were playing in for most of their games, that was kamikaze hurling with turnovers and possession being lost time and again - in tight games, they really hurt and they give the opposition such a lift, thereby rendering a double blow. In fact, an analysis of how many scores against Tipp came from such breakdowns in play would be a very interesting exercise.

So, Liam Sheedy has looked around and spotted potential in the form of ball winners who might just be able to do a job and offer an alternative when it comes to restarts. Put a ball down on top of McCarthy and he will win it - likewise with Tynan, though his hurling has been limited in recent times due to his commitment to Leinster rugby.

Billy has endured so much heartache in his career so far with horror injury after horror injury - that he is back in training with the panel speaks volumes of the kind of spirit which is burning inside of this Blues brother. He deserves a big break and an injury free run - then, we will hopefully see him rekindle the kind of form which made him a very exciiting prospect for Tipp following his 2018 season in the blue and gold jersey.

Alan Tynan brings physicality to the party - he wa s abrilliant dual star on the minor hurling and football teams - but one should not just regard him as a big man with few other attributes. Tynan is able to hurl and he is able to kick football too - that he has been plucked from the football panel having just been included in their training squad is surely a source of irritation to David Powers management team, but that's the way things are. It's hard to blame Tynan for making the switch, just as it is hard to blame John Meagher for making the switch last season, although he has lost out on an historic Munster medal as a result. Still, he is in there again and having briefly tasted championship fare, will want to push for a jersey again in 2021 when the season gets underway.

That's another big question - when will the season get underway. The Association is coming under pressure now with fixtures without a ball being pucked or kicked as of yet. The panel members are back on individual training programmes - no group sessions are permitted at present despite their having been a number of high profile incidents with players from other counties getting caught out.

The Allianz Leagues would have to be in doubt, going by the current trends - with Covid positive numbers dropping only very slowly, there will be a big reluctance on the part of health authorities to allow county panels to return to group training - elite and all as they may be regarded.

The bottom line is that quite a number of the inter county players across the country are front line workers and the more exposed they are to groups, the more danger there is of them contracting Covid and passing it on to more vulnerable people. Therefore, it is hard to see any teams returning to training until more control has been gained over the spread of this virus. If they cannot train, they cannot play games and therefore the commencement of the leagues will have to be deferred surely? The Association will have a decision to make very soon on this, one would think.

For new management teams coming in to any set-up such conditions are hardly ideal - one would have to have sympathy for Declan Carr as he takes over the Tipperary ladies football team and whoever will get the nod to succeed Paul Collins as the manager of the Tipp minor hurling team. They would surely want to dive straight in and get to grips with the panel of players they have available to them, but they will have to wait to get on the pitch for some time yet. It's a strange predicament alright but such is life right now.