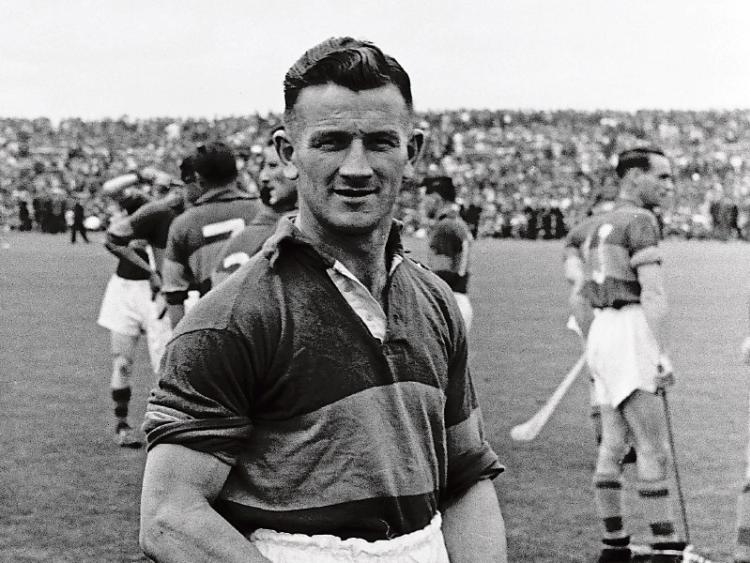 Theo English never spoke of his achievements unprompted, according to his son Conor.

In the eulogy at his father’s funeral Mass in St. Mary’s church in Clonmel last Wednesday, he said “if anyone did ask him how many All-Irelands he had, he would calmly say ‘five senior…and a junior’.

“He took immense pride in that 1953 junior All-Ireland, maybe because it was his first major hurling medal. And of course he was part of Tipperary, Munster, Marlfield, Commercials and Old Bridge teams that won many other medals.

“A notable one was his last medal, appropriately a south Tipperary junior championship with Marlfield, in 1976. That was over 30 years after he was a 16-year-old sub for the club’s first-ever match.

“And such was his love for Marlfield that he played for some years after 1976.

“I have a distinct memory of standing with him for the first half of a league match in Fethard, and then seeing him emerge for the second half in the goalie’s jersey, as Marlfield were short numbers.

“The fact that he was in his early 50s at the time was not a major issue. More concerning for all present was that he still needed to wear his bifocal glasses in order to see anything!

“That love of club always endured and in his later years he was more likely to turn up at a south u-14 match than a Tipperary championship match. He just loved the intimacy and familiarity that local matches brought, compared to big intercounty match days.

“I would suggest that as a result, one of his lasting legacies was developing, as well as resurrecting, the careers of many a west and south Tipperary hurler in the late 1980s and early 90s.  And I’m fairly sure he cut short a few careers as well!

“And of course he loved Tipperary hurling.  For confirmation of that you only need to look at a repeat of that great drawn Munster final in Thurles in 1987.  You will notice when the ball is kicked into the Cork net, a small grey-haired man in a Tipperary blazer jumping for joy to the right-hand side of the goal.

“That of course was Tipperary selector Theo English, and that’s probably as emotional as any of us ever saw him.

“At different stages I sometimes regretted not having been around to see Da playing at his peak.  But I later realised that this also meant that I got to spend more time with him than my older siblings, because he was around home more often.  Although rarely actually at home.

“When he eventually retired from playing, Theo managed various club teams and I have many happy memories of being driven along country roads in Volkswagen Golfs and Jettas to go to the next training session in places like Touraneena, Annacarty, Dunhill, Piltown and Cappawhite.

“As a kid, going to matches in places such as Mullinavat, Golden or Carrickshock sounded pretty exotic.

“He was very much what might be termed ‘old school’ and probably became somewhat disgruntled with the GAA in latter years – he disapproved of things such as corporate boxes and, as a lifelong Pioneer, of sponsorship by Guinness.

“He took much glee in getting into matches for free – he kept a county board pass from around 2001 and covered the year with his thumb whenever he came to a turnstile.”

Conor English said it was wonderful to see the breadth of people who knew him, or indeed only knew him by reputation.

“A noticeable theme that my mother picked up on is the time he had for everyone, be they a prince or a pauper.” 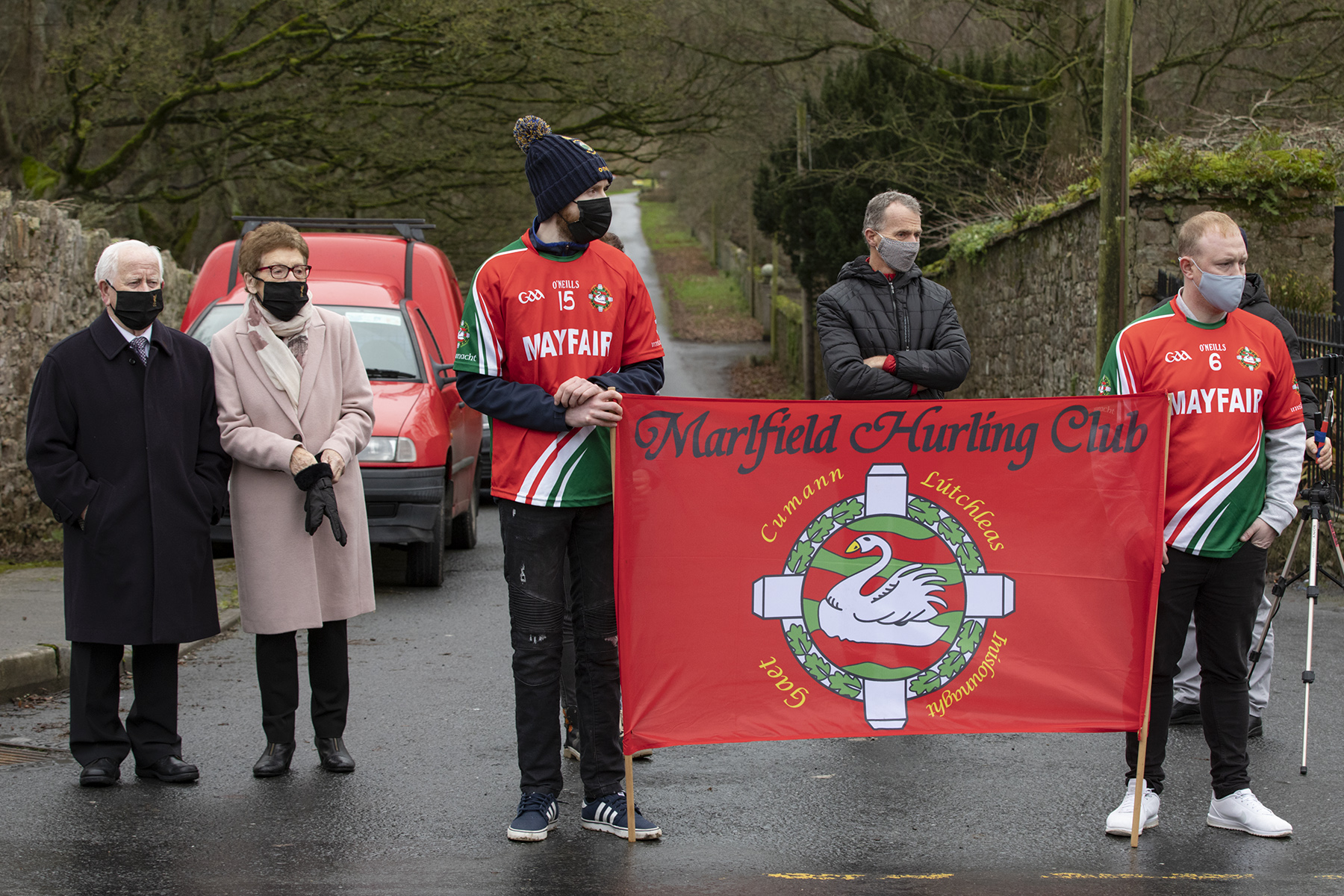 Above: Marlfield GAA club members provided a guard of honour at Theo English’s funeral as it passed through the village. Picture: John Kelly

He also recalled his memorable phrases when he came into the house and saw any of the family - “up for that ball…..high fielding and scattered showers; you can’t expect the ball to run up along the hurley for you; he has more bandages than Royal Tan (a Grand National winner trained by Vincent O'Brien); keep a cool head and a dry foot.

“Horse racing was treated to a vocabulary all of its own.

“Excuses for not going to a race meeting included ‘it’s only a hurdy gurdy track, there’s too many flat races.’

“But a day spent at the races caused even greater confusion when he returned home and my mother naively asked ‘well, how did you get on?’

“It was never a straightforward ‘I won’ or ‘I lost’ – a convoluted coding system was involved which included phrases such as ‘I lost my shirt, I was well ahead until mine fell at the last, the winner of the last got me out of trouble, I broke even, I came away with my expenses, I won buttons, I made a few pounds, I had a beano.’”

Conor recalled attending the south senior hurling final with his father in September 2019.

“As Da needed a seat, we were both allowed pitchside to sit on one of the ‘reserved’ benches.

“My dad sat beside Eoin Kelly’s dad. Eoin put on an exhibition, which most in attendance agreed surely only a 37-year-old Eoin Kelly could. Except I seemed to recall reading match reports from old Nationalists, which described my own father having done much the same in Clonmel Sportsfield on many occasions.

“Seeing Eoin become the first man from the south division to lift the MacCarthy Cup in 2010 was a source of immense pride to Da.

“And in the final twist of fate, he spent his last few weeks looking out the window of his ward in St Joseph’s (South Tipperary General Hospital) over the Sportsfield in Clonmel.

“And on that day as we made our short, slow walk back to the car I felt so proud and so happy to be walking out the gate with Theo English, and to experience one more time the esteem in which he was held by all that we met that day. 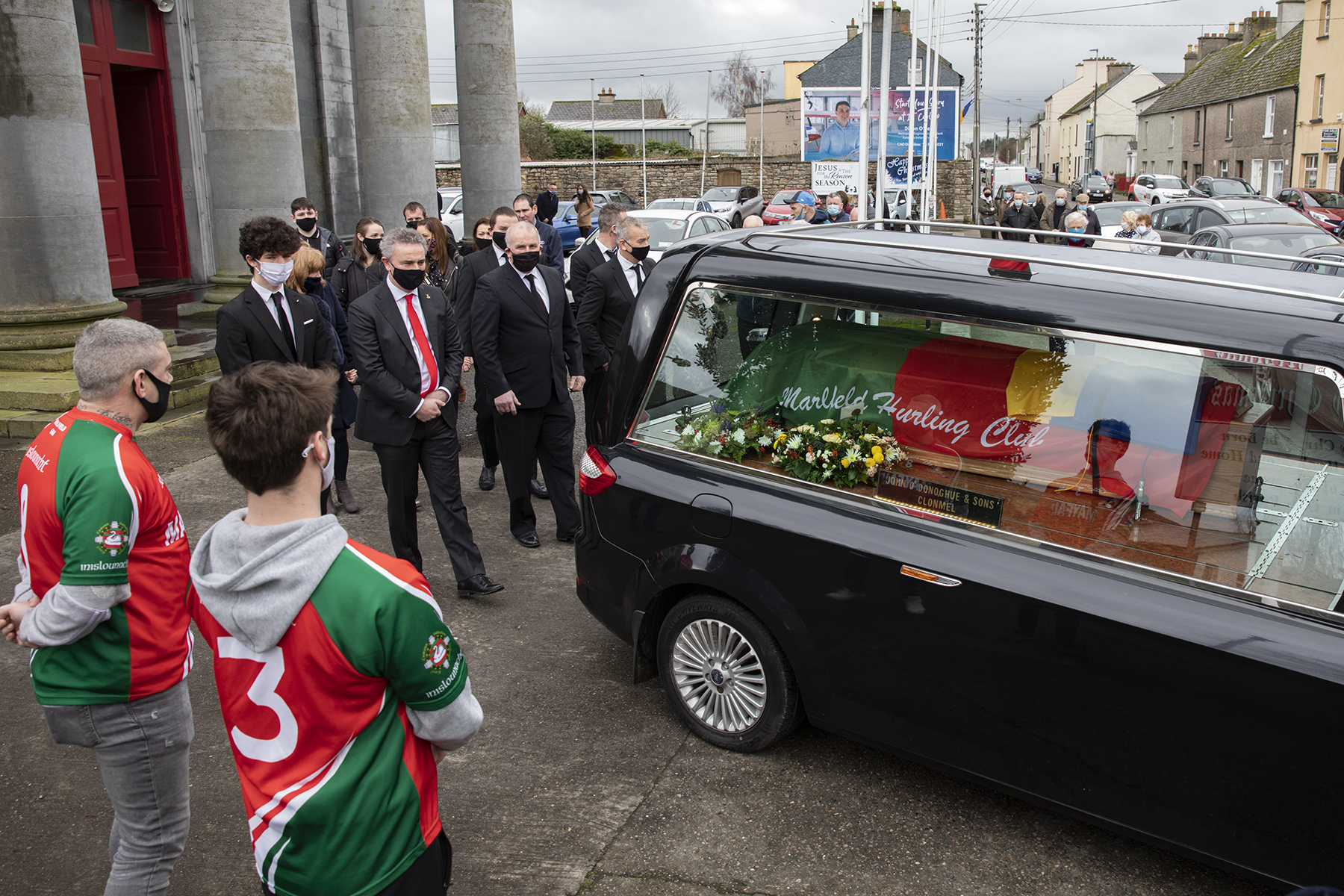 “He was a good father in his own unique style, who never left his children or our mother wanting for anything. He didn’t have to say it but you knew you were loved and worried about as you made your way through life.

“Despite the thousands who knew him, we his children are content today knowing that only the four of us will forever remember him as just plain Da.

“We hope that he is now with the many legends and mere mortals he played with and against in his youth, with the new white laces in his Blackthorn boots, a hurley made by himself in his hand, Brylcreem in the hair and that mischievous smile etched on his face.