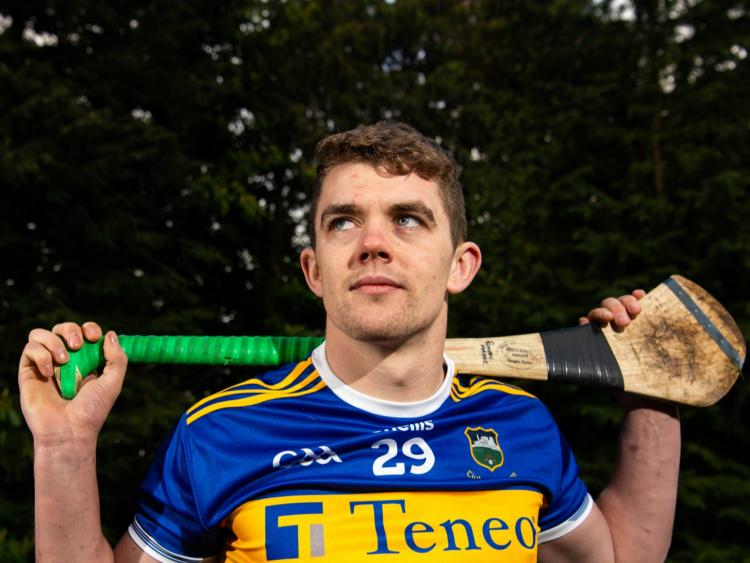 Notions of spring may be in the air as we nudge into February, though the Met people still regard March 1 as the start of the new season. For the GAA, meanwhile, everything remains uncertain, with the 2021 calendar very much a moveable feast, one still waiting to be properly nailed down.

For all that, the clubs continue apace with their plans, which is my cue this week to throw a glance at the Dan Breen contenders in the mid division. The north hopefully to follow next week.

Fancy a flutter on this year’s county championship? Well, a glance at the main betting houses will tell you that Thurles Sarsfields are the advance favourites to return to the top after a three-year absence. They lead the betting at 3/1, a calculation surely based on past record more than present evidence.

After their four-in-a-row from 2014-2017 there was an inevitable dip in recent years. These things tend to go in cycles anyway. Injuries played a part in the decline too but also the back-up material wasn’t quite up to expected standards.

This time Billy McCarthy is back on the Tipp panel, and with their minors winning last year the conveyor belt is cranking up once again. Incidentally they rave about their U16s as one of the most talent-rich crews they’ve had for years, so the future looks bright, irrespective of how things pan out this season.

With Tommy Maher stepping aside as manager, Sarsfields have opted for outside leadership by bringing in Mark Dowling from Dicksboro in Kilkenny. He’ll be aided and abetted by former players like Brendan Carroll and Eamon Walsh.

No doubt it’s all aimed at freshening up a scene that had gone stale in recent times. With twin towers like Paudie and Ronan Maher leading the charge they’ll always be in the reckoning, though whether it will be enough to return them to the top this year is debatable.

Eight titles since 2005 is an impressive return for Sarsfields, but whether they can muster the consistency necessary for a return to glory in 2021 is now the issue. Last year they flattered to deceive, eventually falling heavily to Nenagh Eire Og at the quarter-final stage.

Within the mid Loughmore/Castleiney are probably Sarsfields’ staunchest rivals. They were definitely the unlucky team of 2020, winning praise without prizes as they fought out both hurling and football deciders. The galling nature of the hurling loss to Kiladangan was a particularly sore one.

They’re a truly unique club in the way they give parity to both codes and, arguably, it has come at a cost. Nobody understands their mindset better than themselves and so they tend to stay inhouse for management. 2021 will be no exception, with Frankie McGrath again holding the baton as they try to replicate last year’s prominence.

You could never rule out Loughmore because at their best they’re capable of taking down anyone. The 7/1 odds on offer for them is generous.

It’s now ten years since Drom/Inch pulled off their solitary county win in 2011 and since then they’ve struggled to get back to the same pitch. Last year they dethroned Borris-Ileigh after a marathon extra-time and penalty shootout in the quarter-finals, but probably paid the price of their exertions the following week when buckling badly to Kiladangan in the semi-final.

James Woodlock made his managerial bow last year and he was thought to be continuing this time, though he has now been promoted to the Tipp minor job in place of clubmate Paul Collins, who stepped down after the Munster final defeat to Limerick. Whether it’s feasible - or advisable - to hold both positions I’m not so sure.

A constant stream of underage talent has been central to progress at The Ragg for some time now and with their minors winning out in 2019 that trend has continued. However, they have underachieved at senior level and it remains to be seen if that pattern can be reversed in 2021.

JK Brackens go into this year’s county championship in the knowledge that they were the only ones to take a point off Kiladangan in last year’s series. They drew their first round with the Puckane club, which in hindsight was a notable achievement, even if the eventual county champions stepped up in form after that game.

Eamonn Corcoran did notable work as club chairman in Templemore in recent times and last year he took charge of the senior team to good effect. This time he stays on as team manager and no doubt will hope to build on progress. Their embracing of both codes has been a notable feature too.

Emerging underage talent of recent years, such as Paddy Cadell, Andrew Ormond, Tom Murphy, Lyndon Fairbrother and others have injected new energy into the Brackens, so that they’re comfortably competitive in the Dan Breen. They probably haven’t enough quality players to win either mid or county but they’ll certainly be combative again in 2021.

Holycross too will hope to be competitive as John Ferncombe takes over this year, accompanied by Shane McGrath as team coach. The latter was part of the county minor management last year but hasn’t been mentioned as a possible replacement for Paul Collins.

Holycross’ big performance last year was in holding Clonoulty/Rossmore to a draw in a crunch round 3 of the county series. Previously they’d beaten Eire Og Annacarty so the net result was that they held their status without facing a relegation battle.

They’re very much a side in development stage. They’ve had a number of useful underage teams and trying to build on that foundation is their ongoing struggle.

In a sense it’s a similar story with Moycarkey/Borris. As minor winners in 2018 they have young talent coming on stream but trying to build on that base and hold status at the same time is the big challenge.

It’s not easy. Last year they had to fight off relegation, eventually getting the measure of Burgess to maintain their position in the Dan Breen. Their manager, Dermot Maher, stays on board for 2021 while former club full back, Willie Ryan, comes on board as selector alongside Phil Kelly.

Interestingly former Tipperary captain and Toomevara player, Willie Ryan, joins the set-up as coach. I’d imagine consolidation is the key ambition for teams like Moycarkey and Holycross for 2021.

Upperchurch/Drombane are the last of the mid sides competing in the Dan Breen following a very respectable showing in 2020. Managed by John Ryan last year, they held their footing in the group stages with a victory over Burgess and a draw with Toomevara before losing the final crunch tie to Borris-Ileigh.

In many ways Upperchurch are the nearly team of mid Tipperary. Still without a mid title, they’re forever competitive but in the hot company of the mid division they just can’t buy a break.

This year Upperchurch have brought on board Liam Dunphy (Roscrea) and James McGrath (Toomevara). This pair has plenty of experience with other teams so it will be interesting to see if they can add some extra zest to the ‘Church effort in 2021.

Similar to other sides, one suspects that Upperchurch lack a few key players to make a significant breakthrough. The departure of James Barry was a huge blow.

The mid, of course, has an extra senior side this year, following Gortnahoe’s great intermediate win in 2020. They’ll hope to hold their footing in the Seamus O’Riain alongside Clonakenny, who complete the mid’s quota of senior sides.

Last week I received correspondence from a man, Kilkenny-based though surely of Tipperary background. The envelope contained a selection of photocopied match programmes, all relating to Theo English and stretching back to the early 1950s. It was a lovely gesture for which I’m extremely grateful.

One of the programmes in particular, that of the 1953 junior All-Ireland final, caught my attention. It was Theo’s first All-Ireland win.

Unfortunately, it reminded me of an error I made when compiling the history of Kickhams back in 2003. Errors are the bane of my life, creeping in unnoticed, like thieves in the night, to haunt you for evermore.

Anyway, I had included at the back of the book a list of clubmen who’d won All-Ireland medals at different grades, which in honesty didn’t take up much space because there have been relatively few.

But in the process, I overlooked one man and there he was on the match programme for the 1953 junior All-Ireland final versus Warwickshire – Joe Ryan (Cormac), partnering Theo English at midfield.

Joe, sadly no longer with us, won a number of west senior championships with Kickhams in the fifties, their era of dominance in the division. Contemporaries always spoke admiringly of his ability.

Theo was obviously the star turn on that junior team but there was an interesting countywide spread of players and I think readers might be interested in looking at the names.

The goalie was Michael Fogarty (Knockshegowna) and his clubmate, Thos Kennedy, was positioned at number two beside Michael Doheny (Gortnahoe) and Simon Kelly (Borrisokane).

The half back line was anchored by Sean Organ (Carrick-on-Suir) with John Callanan (Boherlahan) and Thos Sweeney (Newcastle) on the wings. Then at midfield, as mentioned, you had Joe Ryan (Kickhams) and Theo English (Marlfield).

It was the county’s first junior All-Ireland in 20 years and it would be 36 years before the next one, though the intermediate grade was introduced in the meantime.

There were several Tipperary players also on the Warwickshire side so I’ll list those next week out of curiosity to see if people can identify their home or native clubs, which weren’t given on the programme.