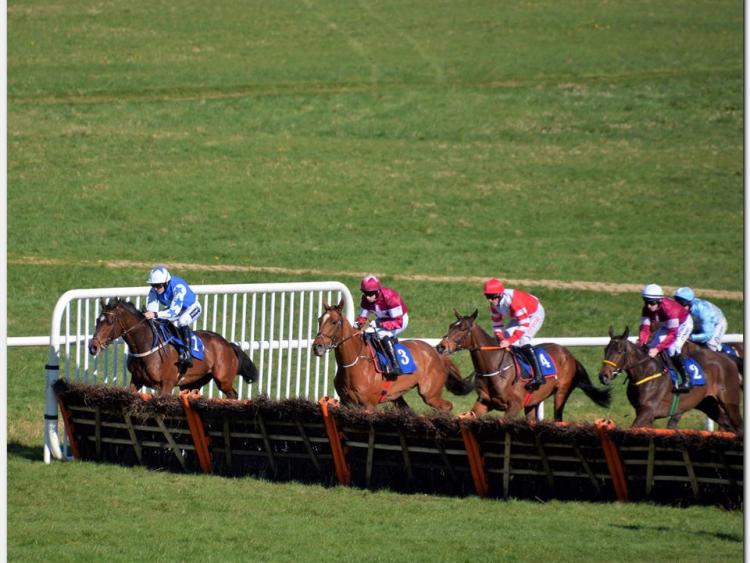 Racing actin is from Thurles Racecourse this afternoon

Here are some top tips for raceing at Thurles this afternoon thanks to MyRacing. Check out  https://myracing.com/free-horse-racing-tips/  for more on this race meet.

13:45: Harrie has claims if putting his best foot forward, while Exit Poll might just be the class horse of the race. Preference is for WHATSNOTOKNOW (nap), a winner over hurdles here and a good second to Franco De Port in a beginners chase here. He should be hard to beat back on his favourite track after a good run over hurdles at Gowran. [Justin O'Hanlon]

14:15: A competitive contest and cases can be made for many of these. The Chapel Field usually runs well here, while top-weight Chalky White, Clonmel runner-up Carnet De Stage and recent Naas winner Espion Du Chenet all come into it, albeit the latter has to bounce back. The selection though is SHOPPING AROUND, second to Espion Du Chenet at Naas, and proved she was going the right way over fences that day. She can go one better here.

14:50: It all depends on how many more chances punters want to give Hamundarson, a horse who looked initially promising. For all that Risk Factor has won a bumper and was classy in that sphere, he is starting to enter the same bracket as being opposable. SHONE AUSSICHT has had the form of her Fairyhouse third boosted and could be the pick while Gorki D'Airy should be suited by coming back in trip as he was keen over further at Tramore. [Brian Sheerin]

15:20: A race of some depth but the two Grade 1 entrants could dominate. Crosshill takes a drop in class after running in a Grade 1 at Naas, but has to give 7lb to the probably progressive CAPODANNO and that one might just have too many guns. [Justin O'Hanlon]

15:50: Gordon Elliott is double-handed with Excelcior and DUNBOYNE with preference for the latter after a couple of solid efforts in defeat. Mercury Lane can be involved while there should be more to come from Salt Wind. Meticulous would be the obvious one if anywhere near his best. [Brian Sheerin]

16:25: Wide-open. PRESENTING POINT looks well enough treated on his chase mark and makes most appeal although Memory Of Youth is greatly feared. Seangoell, Queen Of Fame and Knock Na Rea all have chances. [Brian Sheerin]

16:55: Leopardstown runner-up Tucson Train is of interest, as are Fairyhouse third Perfect Attitude and Tempo Chapter Two, but if COOL JET has come on for his very respectable run at Leopardstown over Christmas he will be hard to beat. [Justin O'Hanlon]