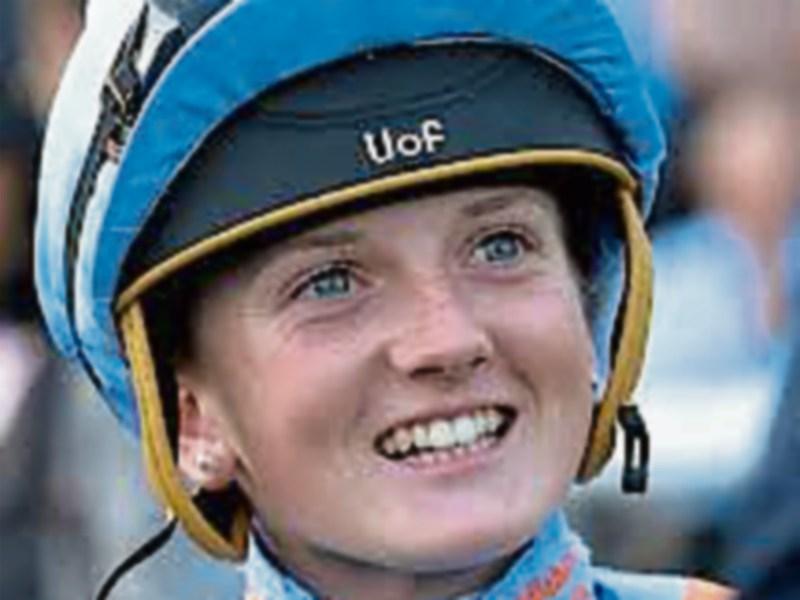 Jockey Hollie Doyle has ridden five winners at a race meeting in Britain for the second time. Her latest five-timer came at Kempton Park on Wednesday night

English jockey Hollie Doyle equalled her own record of riding five winners at a race meeting at Kempton Park on Wednesday night.

She completed the achievement when powering home late aboard 8-1 chance Madrinho in a six furlongs handicap. It was her third win of the night for trainer Tony Carroll, who also trained winners Della Mare and 14-1 shot Sir Titan.

Doyle, who has several relations in Tipperary, also took the night's feature, the Road To The Kentucky Derby Conditions Stakes, on Godolphin's Highland Avenue. Her other winner was Laos.

She almost made it six when travelling strongly on the Alan King-trained Chinese Whisperer in the finale, but the four-year-old was caught out by fast-finishing rivals, eventually resulting in a fourth-place finish behind winner Merweb.

This 2,521-1 five-timer had echoes of another great achievement at Windsor last August, when she became the first woman to ride five winners at a race meeting in Britain.

Hollie Doyle has strong Tipperary connections in Clonmel and Templemore.

Her father Mark grew up in Bianconi Drive, Clonmel and worked for a few years with the Mouse Morris stables at Everardsgrange, Fethard, before emigrating to England to continue his career in the horse racing industry. He went on to ride winners under both flat and national hunt rules cross channel.

Hollie’s grandfather, Hilary Doyle, who was originally from Abbey Road in Clonmel before moving to Glenegad Road in the Old Bridge area of the town, died earlier this year, on New Year's Day.

Her grandmother is Breda (née O’Brien) from Ard Fatima, Clonmel, who lives at Oakland Drive.

Hollie has many relatives around the county including her uncles Christopher, David and James and aunts Andrea and Joanne.

Hollie grew up in Herefordshire with her parents Mark and Caroline, where the family had ponies and point-to-pointers at home. She had her first ride at Salisbury in May 2013 and, perhaps in a sign of things to come, it was a winning one.

After finishing school she joined the training yard of David Evans in Wales, where her father still works today.

She moved on to trainer Richard Hannon in 2014 and rode her first winner in a listed race in August 2017, again at Salisbury, while still an apprentice. She later moved to Archie Watson’s yard at Saxon Gate in Upper Lambourn.

As well as that five-timer in Windsor, her stellar season in 2020 also included a first winner at Royal Ascot and a memorable Qipco British Champions Day double, headlined by a top-level breakthrough with Glen Shiel.

Her achievements were recognised when she was third in the BBC Sports Personality of the Year award and she was named flat jockey of the year at the Lesters.

She has already continued her success into 2021 when last month riding True Self to victory in the illustrious Neom Turf Cup in Saudi Arabia.