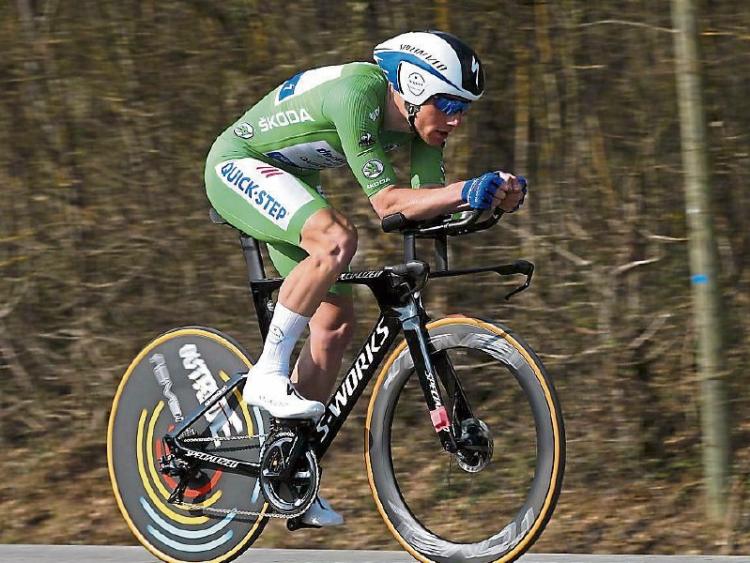 Sam Bennett goes into today’s fourth stage of the Paris-Nice cycling race still in possession of the green jersey.

There was no difference at the top of the points classifications after yesterday’s stage, a 14.4 kilometres individual time trial around Gien.

The Carrick-on-Suir man is level on 21 points with Denmark's Mads Pedersen, with neither man adding to his tally yesterday.

The stage was won by Swiss cyclist Stefan Bissegger, who has taken over the leader’s yellow jersey.

Bennett, who won Sunday’s opening stage of the Race to the Sun, dropped down the general classification after a time that was a minute and 24 seconds adrift of Bissegger's.

"I was just trying to make the time limit and save the legs for another day," he said afterwards.

"I did not want to waste some energy here. Now I will get through tomorrow and try to win Thursday, as I was disappointed not to be up there yesterday.

“I looked where the sprints are tomorrow and they're on climbs so it won't be doable. For now it's just trying to go through the next stage and we'll see."

Today the action moves to a hilly stage with a summit finish at Chiroubles, before Bennett and fellow sprinters come back into focus on stage five from Vienne to Bollène on Thursday.