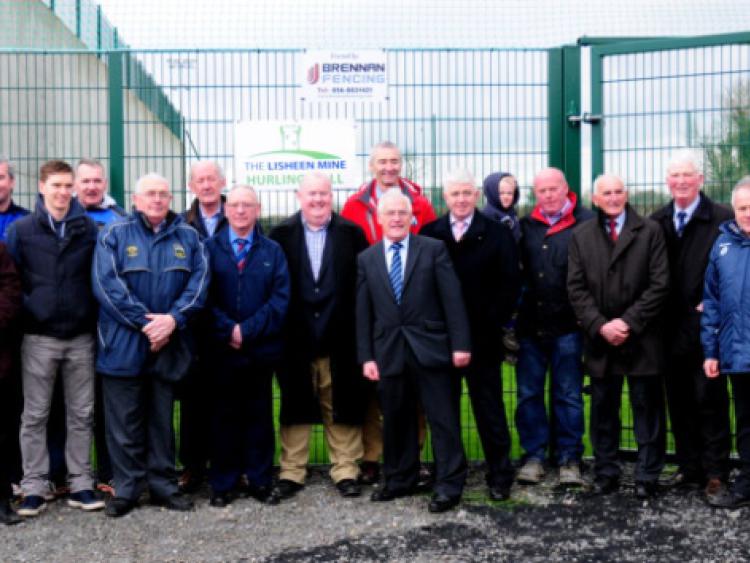 Dr Morris Park has continued to be developed by the Tipperary County Board and great credit is due to officers for this.

The acres of coverage in the weekend papers has made for uncomfortable reading for Clare GAA people.

GAA enthusiasts across the entire country will take no delight or satisfaction in the severe discomfort being experienced in the Banner County right now as the local and national media spotlightturns the heat up on their goings-on.

Perhaps the continuation of the pandemic and the lack of sports stories to pursue, has led to this intense interest on Shannonside proceedings, especially in terms on the Caherlohan Centre of Excellence; the establishment of a series of supporters clubs; and the setting up of a hurling review committee.

The acres of coverage in the weekend papers has made for uncomfortable reading and it seems as though the full story is not out there yet either. Indeed, many of the answers given have just led to more and more questions and as the old saying goes 'when you're explaining, you're losing.'

Depending on who you speak to, there are differing views as to what exactly is wrong in Clare; or perhaps more accurately, who exactly is wrong. It's hard to leave personalities out of it, especially when the difficulties seem so deep rooted.

The sad thing about all this is that the Banner County is being tarnished as some kind of banana republic - the clouds over hanging the various Supporters Clubs in Clare is particularly worrying and the fact that they seemingly operated outside of the juristiction of the County Board is a real cause for concern - Croke Park demands that any group raising funds in the name of the Association have their accounts affiliated to, and incoroporated in, the appropriate county board accounts.

Then there's the Fitzgerald element. Davy and Pat Fitzgerald divide opinion in Clare.... and further afield. Of that there is no doubt. But, like them or loathe them, they have been central to the Clare hurling success story, with both having played key roles in their three recent All-Ireland successes. It's sad to think thatthere is such bile and poison bursting through the surface and spreading throughout a proud GAA county.

The Caherlohan 'centre of excellence' project has led to much derisory commentary where Clare County Board is concerned. But, perhaps the whole debacle should highlight how fortunate Tipperary County Board is to have Dr Morris Park in such pristine condition.

The facility was developed with much co-operation from landowner, the late Stevie Smee; developed; expanded; enhanced and then further enhanced again. Now, all three pitches are flood lighted; a magnificent hurling wall with astro-turf has been added; and the County Board has planning permission secured to further develop the dressingroom/team catering/meeting room area to keep abreast of modern facilities.

It really is a jewel in the Premier County crown and any teams which visit there to warm up before their games in Semple Stadiumare highly envious. Dr Morris Park has been given much TLC by many County Chairmen/officers caretakers, and overseers. It's a personal thing for Tipp and thankfully, it's a long long way from there to Clare. Let's hope the Banner can sort out their frictions - nobody needs that acrimony.