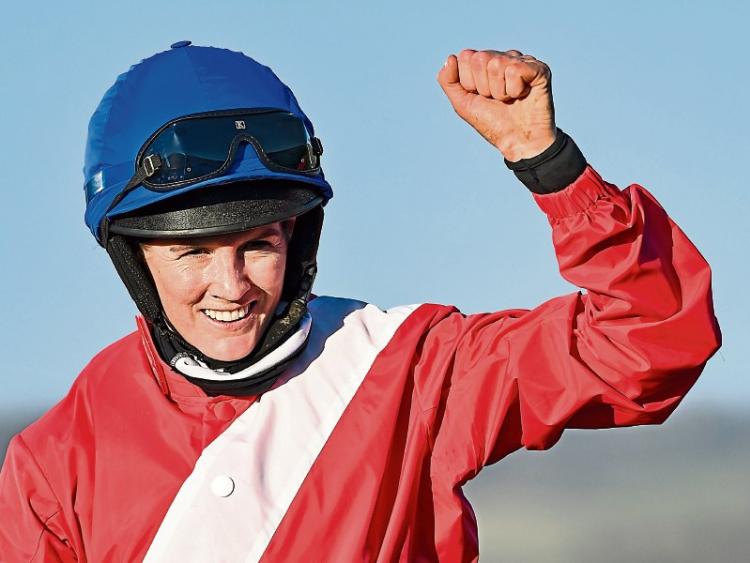 Rachael Blackmore is the name that has been on practically everyone’s lips for the past week.

And the Tipperary jockey admits that she’s still coming to terms with her record-breaking,history-making achievements at the Cheltenham Festival.

“It was an incredible week, I’m still trying to comprehend it all,” she told The Nationalist.

During four days when she not only broke but shattered glass ceilings at the festival, Rachael hit the headlines on Tuesday by becoming the first woman to ride the winner of the Champion Hurdle when she steered the unbeaten mare Honeysuckle home.

As noteworthy a success as that was, it was only the tip of the iceberg.

Things got even better when she reeled off a string of winners in the days that followed.

Bob Olinger (owned by Clonmel man Brian Acheson) in the Ballymore Novices’ Hurdle, Sir Gerhard in the Champion Bumper, Allaho in the Ryanair Chase, Tellmesomethinggirl in the Maries Novices’ Hurdle and, finally, Quilixios in the Triumph Hurdle made it six of the best for Rachael, and ensured she was the first woman to finish as the leading jockey at a festival that her exploits truly electrified.

“Nobody would have imagined a week like that,” she says.

“I was going in with a very good book of rides but it’s Cheltenham.

“You’re hoping you could get one on the board and it was a big relief when Honeysuckle won.

“But you could never have envisaged what was to follow.”

The very nature of the sport that is horse racing has ensured that the woman of the moment has had little time to rest on her laurels.

“We got home (from Cheltenham) on Friday night at 11.30. I was riding at Thurles on Saturday, Downpatrick on Sunday and Navan on Monday,” she stated.

“Because of Covid-19 we’re on a five-day quarantine (having returned from Cheltenham).

“We’re not riding out at the moment but as elite sportspeople we’re allowed to go to the races each day and back.

“It’s a strange situation in that way and it has been hard to get time to process everything.”

At Thurles last Saturday a nice surprise awaited Rachael and Jack Kennedy, who rode Minella Indo to victory in the Cheltenham Gold Cup, when they received a guard of honour from fellow jockeys and racecourse staff as they made their way to the parade ring before the third race on the card.

“Fair play to the Moloney family (the racecourse owners and management) for doing that for us. It was an incredible achievement for Jack, he’s only 21 and now he has a Cheltenham Gold Cup winner.”

Naturally, Rachael’s success has been a great source of pride to her partner and fellow jockey Brian Hayes, parents Charles and Eimir, older brother Jonathan and younger sister Charlotte.

“It’s fantastic that they’re getting such a great kick out of it,” she says.

“Both my parents spent a lot of time bringing my brother, sister and I to different pony shows, and that kind of stuff has stood to me.”

A past pupil of the Loreto secondary school in Clonmel, the 31-year-old still keeps in touch with her former classmates, who have also been delighted with her progress and shared in the joy of her ascent to the pinnacle of the sport.

“We’re all on the same What'sApp group, it’s brilliant,” she says.

With major festivals at Fairyhouse, Aintree and Punchestown still to come on the calendar, who knows how many more headlines Rachael Blackmore will appear in before the conclusion of the season.

Whatever happens between now and then Rachael’s Cheltenham successes, not to mention her ability, talent and her overall personality, have served as the perfect tonic for horse racing after its recent difficulties.