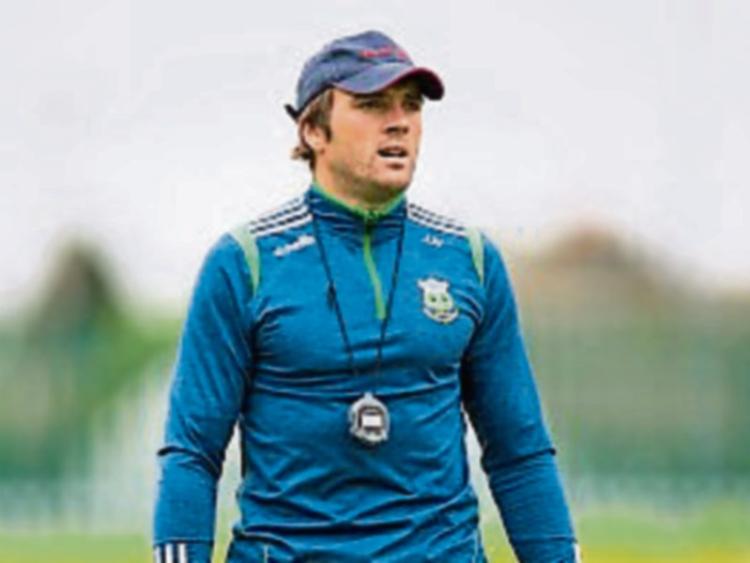 When James Woodlock was appointed county minor hurling manager earlier this year, he did an interview on Tipp FM where he made it clear there would be no dual players on his panel.

The dual player issue was a topic taken up by the Nenagh Guardian last week also, where Shane Brophy did an analysis of county minor players over the six-year period 2010-2015. His conclusion is incorporated in the headline: “Dual players enjoyed a greater chance of playing at senior level.”

The implication from the piece is that being a dual player enhances your prospect of playing senior for the county. On the basis of some very superficial stats, it suggests that there is a cause-and-effect linkage between dual-playing and making the county seniors.

It certainly fits a certain point of view but does it really stack up to much more than that?

To begin with, dual players of their nature will tend to be athletic and versatile so it’s little surprise that a significant proportion of them would progress to try higher grades. However, suggesting that the very act of dual-playing helped that progress is an entirely different proposition and one not supported by anything here.

For example, the report shows that 10 of the 33 dual minors from 2010-2015 went on to make both county senior hurling and football panels at some stage. What it doesn’t mention is that only one of that 10 - Seamus Kennedy - went on to properly make it as a senior hurler (by “make it” I mean become a regular starter on the team).

With such a high “fail” rate then you could just as easily reverse the argument above to suggest that being a dual player actually hinders progress. Your heading then might declare: “Dual minors damage their chances of making senior level.”

Stats can be twisted to suit any argument, like discovering that x percent of county hurlers eat Weetabix for breakfast and then concluding that eating Weetabix for your breakfast enhances your chances of playing county hurling. Nope, it doesn’t!

In fairness to Shane, he’s consistent because he has form in supporting dual players at minor level. In a previous column he suggested there was no evidence that dual involvement hindered either the minor hurlers or footballers in 2015. You’d have some job writing a convincing piece on that thesis.

2015 was the year both minor sides reached All-Ireland finals. The footballers were whacked by Kerry to the tune of 4-14 to 0-6; the hurlers were closer to Galway, 4-13 to 1-16. Crucially there was an overlap of around nine players between the panels.

In many ways it was a tipping point in the entire dual player debate in Tipperary. It certainly left Liam Cahill with a determination that screamed “never again!” He backed his words the following year and the rest is history.

In the aftermath of that 2015 minor hurling defeat, Ger Loughnane said that Tipperary looked like footballers trying to play hurling. Even allowing for Loughnane’s tendency to over-egg matters – not to mention his glee at anything that discomforts Tipp – it had to be admitted that his assertion contained more than a grain of truth.

Football and hurling have different tempos. In that final we looked ponderous in action and reaction. The team was sluggish and could never get to Galway’s pace. The dual mandate clearly had an impact.

In many respects this dual debate has moved on since then. As team preparations have intensified over the years the room for the dual player has diminished accordingly, with the squeeze coming from the top down.

First the dual player “died” at senior level, then U21 and is now almost extinct at minor. The battle of the codes is now being fought in the development squads.

I don’t know why this surprises anyone anymore. It relates to all sports. Youngsters can, and will, sample all games, but if they want to play at elite or representative level then specialisation is required at an early stage.

Alan Tynan was on those minor teams in 2015 but subsequently abandoned both when rugby became the priority. We all know of other lads who have opted for soccer, or swimming, or tennis or whatever. The common denominator in all cases is that if you wish to play elite, as opposed to recreational, then choices are necessary.

Anyway, the debate remains alive, which is something I can agree with Shane Brophy on.

Elsewhere, last week we had the latest instalment of the west Tipp transfer saga when the county hearings committee upheld the decision of the county CCC in refusing the requests by five Kickhams players to move to Cashel KC. This decision wasn’t unexpected and it effectively exhausts all options for the players within the county.

However, it’s not the end of the story. It’s understood that the players are now taking their case to the DRA.

The Disputes Resolution Authority was established following Congress 2005. At that stage there was a very worrying trend emerging in the GAA, where an increasing number of disputes were ending up in the civil courts, often leading to injunctions. Court action was becoming the go-to option, often for players who were sent off and facing suspension. The GAA felt a need to address this issue.

Congress 2005 adopted an arbitration rule and a disputes resolution code and this was all underpinned by the setting up of the DRA.

It’s independent of the GAA and involves solicitors, barristers and other arbitrators, including people “who by virtue of their experience and expertise in the affairs of the GAA are properly qualified to resolve disputes relating to the rules of the Association.” Since its inception the DRA has proved very effective.

It can be an expensive port of call for appellants, with individual cases costing €1,000, money that is refunded if the case is successful. I’m not sure if five individual cases are involved in this instance or if they are taken collectively. In the GAA world it’s the forum of last resort.

Former county chairman Con Hogan has been on the DRA panel for many years, though for obvious reasons he won’t have involvement in this case. He was involved in mediation early in this dispute in a process that came very close to resolving the issue before stances hardened. Former Offaly hurler Rory Hanniffy is secretary of the DRA.

In the meantime the five players involved – four adults and a juvenile - are in a sort of limbo awaiting developments. Two of the players – Aaron Browne and Devon Ryan – were part of John Devane’s county U20 side last year, which lost to Cork in the Munster final, and both are again eligible for the grade this year. Their position, however, is unclear.

In order to play with your county you must be registered with a club and therein hangs an issue. The situation is further complicated by the fact that the registration deadline has been extended this year due to the pandemic, though no new deadline has yet been set.

In theory then it could be argued that last year’s registration still holds until the new deadline passes for 2021. Then again will there even be an U20 inter-county championship? The Government’s reopening of training for inter-county teams later this month is understood to apply only to the senior grade. Uncertainty reigns.

Surprisingly, when the five players submitted their transfer applications, they used their home addresses in Knockavilla, despite close family connections with Cashel. It effectively meant they were using a type of force majeure clause, claiming exceptional circumstances or irreconcilable differences that had left them without a club.

However, their case is significantly weakened by the fact that Kickhams refused to sign the transfer forms and have made it known that they want the players to play with them.

Throughout this controversy I have studiously avoided taking sides and will continue to do so. However, on a purely human level one’s natural sympathy is with the players who are caught up in this ongoing mess. They risk paying the biggest price.

Clubs survive. Okay, they may be damaged and weakened in the short term but eventually a new generation of players arrives, things move on, and in twenty years time the younger element won’t even know what this was all about.

For individual players, however, it’s different. In any player’s career there’s a brief window of opportunity with the county, usually in the late teens and early twenties, and if that opening is missed you spend the rest of your days regretting a lost opportunity.

“There’s a tide in the affairs of men,” to quote Shakespeare, and you either take it “on the flood” or spend the rest of your life “in shallows and miseries.”

Is it too late to yet hope for compromise on both sides to resolve this impasse and leave everyone as winners?

P.S. Last week I repeated an error I read elsewhere. The 1971 All-Ireland was not the first 80-minute final. That honour belongs to Cork and Wexford in 1970.

The time experiment continued until 1974, when Kilkenny and Limerick met and then in 1975 we had Kilkenny and Galway playing the first 70-minute final. As ever my thanks to SO’D for putting the record straight.